Alexis Sanchez to have fitness test ahead of Arsenal vs Sunderland

Sanchez netted in the Gunners' 4-1 victory away at Stoke on Saturday, but was replaced just minutes later after being kicked on his thigh.

Wenger also revealed that defender Laurent Koscielny is likely to miss out after suffering a recurrence of a calf injury, while Alex Oxlade-Chamberlain remains on the sidelines with a hamstring problem.

"We have a little bit of a problem with Koscielny but we should have everyone available," Wenger said ahead of the visit of Sunderland, live on Sky Sports 2 HD. 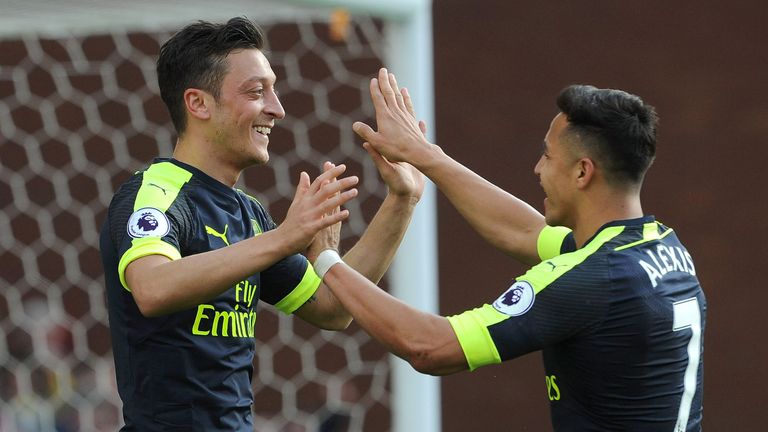 "Kieran Gibbs should be available but Alex Oxlade-Chamberlain is out.

"Alexis should have a test today. It didn't look good but with him he is always so eager."

Sanchez's long-term future at Arsenal currently remains uncertain, with the Chile forward yet to sign a new contract.

The 28-year-old, who has 13 months remaining on his present deal, has scored 26 goals in 48 appearances this season having operated in a central striking role.

"He plays now in a position where he can provide now and he can score. He has become a complete player," Wenger said.