Petr Cech: "If the team wins and from your mistake nothing happens it's a good way to realise you have to be more precise next time." 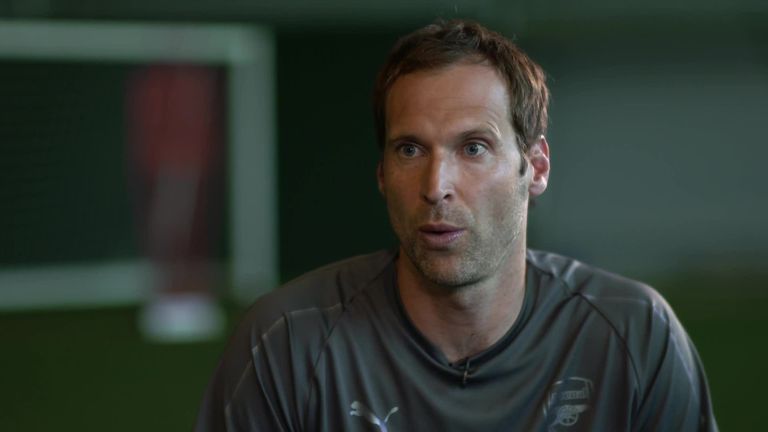 Petr Cech says he was "lucky" and "got away" with several errors in Arsenal's win over Cardiff, but feels his overall game has been strong.

Despite the summer arrival of Bernd Leno from Bayer Leverkusen, the 36-year-old has been favoured as the No 1 goalkeeper under Emery, who replaced Arsene Wenger after a 22-year reign at the Emirates in May.

Emery has implemented a different style at Arsenal which is more disciplined, structural and sees attacking plays beginning from the back - with Cech enjoying much more possession of the ball than he is used to. 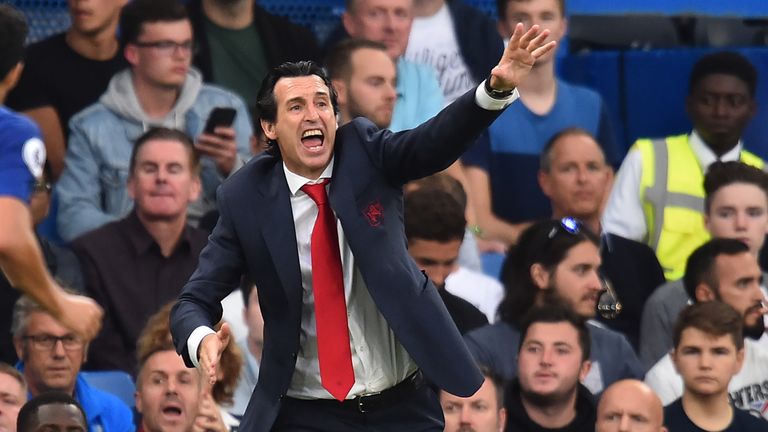 The Gunners have endured a difficult start to the campaign, losing 2-0 at home to Premier League champions Manchester City on the opening day, before a 3-2 defeat at Stamford Bridge to London rivals Chelsea.

However, they won their next two games against West Ham and Cardiff, despite Cech's near-blunders against the Bluebirds added to a singular mistake at City in which he almost scored a bizarre own goal.

In the Cardiff game, he either almost lost the ball inside his area or passed it straight to an opposition player three times inside the opening 15 minutes of the match - including a wayward pass which was intercepted by Harry Arter - only for the midfielder to blaze his effort over the bar. Petr Cech had a nervy start to his performance against Cardiff

"Everyone picked up on two passes against Manchester City and Cardiff," Cech told Sky Sports. "Obviously, from that number of passes you can make a mistake. I try not to make a mistake. That's clear and obvious.

"You want to use the goalkeeper as an advantage as a spare man. I am not happy with these two passes. We got away with it at Cardiff but I think my overall game has been strong.

"If the team wins and from your mistake nothing happens it's a good way to realise you have to be more precise next time.

"I'm lucky nothing bad happened. I know that everyone will be waiting for the next mistake and trying to put more pressure but that's the way it goes. Playing in goal in the Premier League you play with lots of pressure."

I know that everyone will be waiting for the next mistake and trying to put more pressure but that's the way it goes.

Cech, who has made 107 Premier League appearances for Arsenal since signing from Chelsea in 2015, believes his 11-year spell at the Blues has helped him to adapt to new managers and new ways of playing.

The former Czech Republic international also explained how Emery's style of football differs to the way Wenger used to set his teams up.

"In my time, at my previous club at Chelsea, I had 11 different managers over 11 years. Every year, you adapt to something else. It's not a new situation. I had it many times.

"The philosophy of Unai is to play, to use the ball, use possession with creativity but with a lot of structure as well.

"This is the difference to Arsene, which is more about players having freedom. Not too much structure but you leave the freedom to the players on the pitch. That's the only difference.

"We try to build up from the back more than before in a more structural way. If you see the evolution of Pep Guardiola at Barcelona, Bayern Munich and Manchester City, it took time as well."

We try to build up from the back more than before in a more structural way. If you see the evolution of Pep Guardiola at Bareclona, Bayern Munich and Manchester City, it took time as well.

Cech heaped praise on new boss Emery - who won the French domestic treble at Paris Saint-Germain and three Europa League titles at Sevilla - and believes he has earned his spot in the team due to his hard work in pre-season.

"He [Emery] is very hard working and very professional," Cech said. "He is very enthusiastic about football and how we wants the team to play, how he wants players to perform in training and on a daily basis.

"He expects that of everyone. You have to be up to the level of demand that the manager expects or you may lose your spot.

"I had a great pre-season, which is probably why Unai started the season with me. It's up to me to keep my place in the team.

"I don't feel I am at the age I am. I play with younger players and during pre-season I played with very young players." 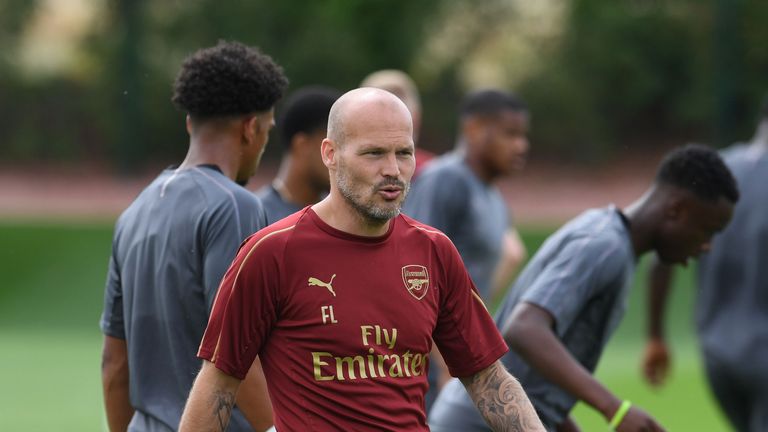 Arsenal return to Premier League action when they travel to Newcastle on Saturday, where they lost 2-1 last season, before hosting Everton live on Sky Sports Premier League on September 23.

The Gunners have missed out on the top four in their last two campaigns and Cech says the team must improve their away form to return to the Champions League.

"Last season obviously, the difference between being in the Champions League or the Europa League was our away form," he added.

"So we are aware of that and it was good to see at Cardiff that in our second-ever away game [under Emery], we won the game.

"This time we go to Newcastle and expect a difficult game because I know Rafa Benitez is a very experienced coach with big tactical ability and he will set up his team, which is always difficult to play.

"So we expect a tough game. But having won the last game we want to carry on the momentum and obviously we are in a position where we dropped points in the first two games.

"So we need to keep winning now to be able to close the gap at the top if the top teams slip."