After his £26m move from Sampdoria in the summer, Torreira was reduced to appearances off the bench in Arsenal's first five Premier League games of the season.

However, the 22-year-old has since become an integral member of Arsenal's squad in recent weeks, playing every minute of their last six league games.

The defensive midfielder's performances have seen him likened to Vieira, with the fans even adopting an old chant based on the ex-Arsenal captain for the Uruguayan.

If the fans are comparing me and my game to Patrick Vieira, that's amazing. It makes me very proud but I need to grow a bit before I can be as tall as him!

Torreira says he is flattered by the comparison, but the 5ft6in player joked he cannot literally measure himself up to the 6ft4in Vieira quite yet.

"If the fans are comparing me and my game to Patrick Vieira, that's amazing. It makes me very proud but I need to grow a bit before I can be as tall as him!" Torreira told Sky Sports News.

"But he's an amazing player, I remember getting up in the mornings in Uruguay to watch him. I feel very happy and am looking to help the team.

"I'm trying to improve as a player and do what's best for the team. Right now we're doing very well so it's just about doing that."

Arsenal have not lost since defeat to Chelsea in August, with the club going on to enjoy a14-match winning streak in all competitions.

Still unbeaten since that loss to Chelsea, following draws against Crystal Palace and Liverpool and Carabao Cup victory over Blackpool, Arsenal host Sporting Lisbon on Thursday knowing victory will secure their place in the Europa League last 32.

Torreira says that while a top-four Premier League finish remains the aim, the club will look to win every competition possible.

He added: "I really hope that we can achieve some really big goals this season. We are obviously competing in four competitions, so really it's a case of so far so good. 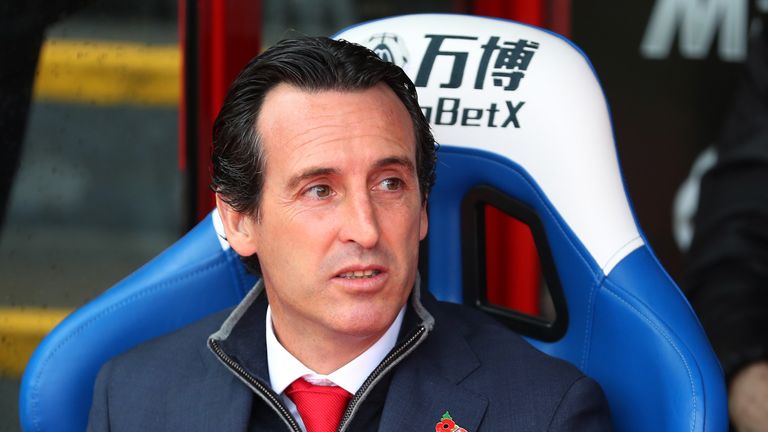 "We've had a very good run so far, that has taken a lot of hard work but the team is working hard and improving with each game.

"Personally, I think a good objective for us would be to try and qualify for the Champions League, that would be fantastic for the club and the fans.

"We also want to fight until the end in the Premier League, the Europa League, Carabao Cup and when the FA Cup starts too."