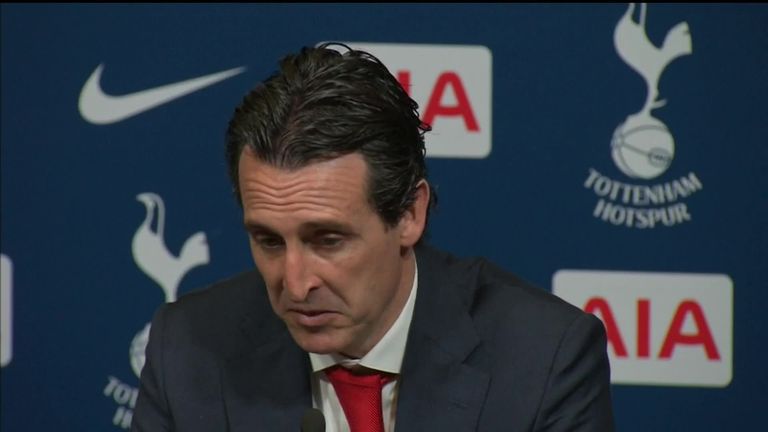 Unai Emery says VAR will help referees with the big decisions after Arsenal’s incident-packed 1-1 draw with Tottenham at Wembley.

Unai Emery says VAR will help referees with the big decisions after Arsenal's incident-packed 1-1 draw with Tottenham at Wembley.

The Gunners were denied their first away win at Spurs in five years in dramatic circumstances when Hugo Lloris saved Pierre-Emerick Aubameyang's late penalty.

The drama came after Harry Kane had rattled in a 74th-minute spot-kick to cancel out Aaron Ramsey's first-half opener.

Both penalty decisions were soft, with Kane appearing offside, while Emery's side finished with 10 men after Lucas Torreira was shown a straight red in stoppage time for a foul on Danny Rose.

Emery praised the performance of referee Anthony Taylor and his officials but believes next season's introduction of Video Assistant Referee in the Premier League will assist in the decision-making process.

"I think VAR is coming to help the referees," he told his post-match press conference. "VAR is coming for matches like today.

"For me the referees were with big personality but it's not enough to make decisions on difficult action in the box, both for them and us."

Asked for an assessment of his side's performance, Emery added: "I am proud of the players and their work. You can win, lose or draw, like we did, but above all this we played like a team and fought together.

"The adaption to the match was good and our moments in 90 minutes were strong, we could have won this match.

"We created chances, scored and could have won, they created chances and our goalkeeper saved. We played with big collective spirit and tactically we adapted well. That's the mentality like we want."

Mauricio Pochettino echoed Emery's thoughts on the introduction of VAR in the Premier League but warned that the injustices of football would persist.

"The way they are using it in different leagues is a massive experience for us to watch," the Argentine said.

"I follow different leagues like France or Spain and the same problems happen, situations that are difficult for the referees to handle and manage. 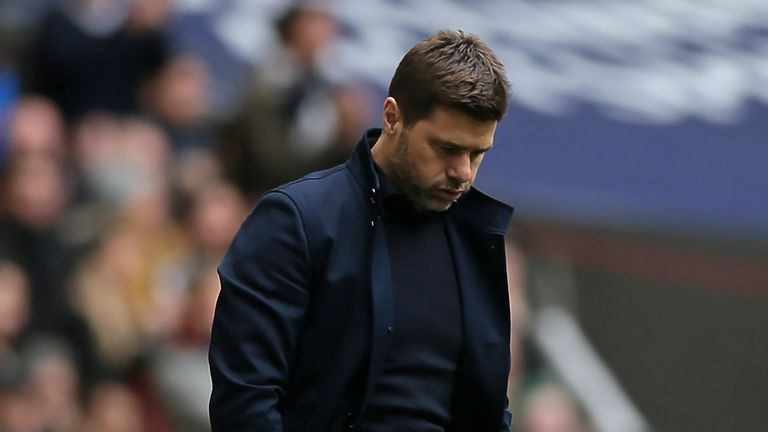 Mauricio Pochettino insists Tottenham were better than Arsenal 'in all aspects', despite being held to a 1-1 draw by the Gunners at Wembley.

"We cannot believe that it will be the key, that football now will be fair - football has never been fair and never will be. The way that we are going to use VAR is going to be the key.

"With all the experience in World Cup and the different leagues this season, it's so important to do it now for the future to make sure it will be a massive help for the decision referees."