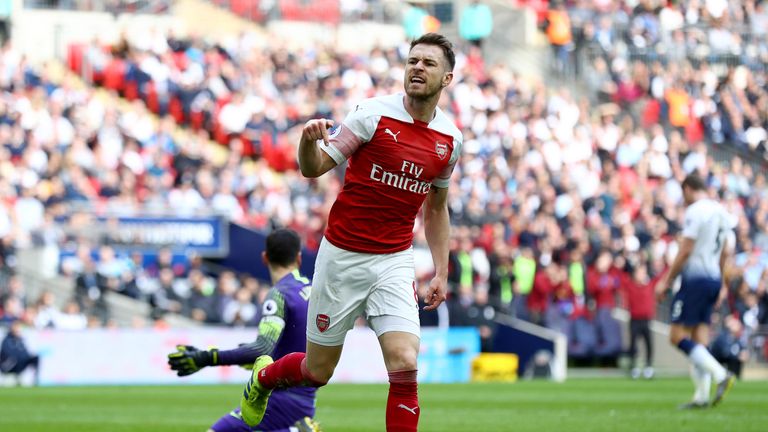 Former Arsenal captain Tony Adams says Aaron Ramsey is too good for the club to let him go on a free transfer at the end of the season.

Ramsey will join Juventus this summer on a free transfer from Arsenal, after signing a four-year deal with the Italian champions.

The Wales international has agreed a pre-contract deal to join on July 1 when his Arsenal deal expires at the end of the season.

Adams says he does not understand the move and even suggested Arsenal were a bigger club than Juventus.

"It's a different game and a different club to the one I left in 2002. We would be challenging and Juventus players would be signing for us," he told Sky Sports News.

"Aaron Ramsey is too good to let go. Why would you go to Juventus anyway? They are a smaller club than Arsenal - that's the way I've always felt about the Arsenal.

"Other people think differently, maybe he thinks Cardiff is bigger."

Adams spoke to Sky Sports News at a player welfare and development event for the charity he founded, Sporting Chance, which provides specialist addiction and recovery facilities for athletes across a range of sports.

On Friday Adams addressed players from Essex Cricket on his journey in sport and the pitfalls that come with competing at a high level.

"Our educational lead, usually, delivers a presentation to the players that's all about recreational drugs, alcohol, gambling and all the rules and regulations," he explained.

"Then I come in and jazz it up with my story - which they seem to like. When you talk about thoughts and feelings they do seem to see the similarities.

"It's why I set up the charity in the first place. I did not know what it was like to be a journalist, I knew the issues around sport, playing sport and the pressures.

"That's why I started the foundation. One ex-athlete talking to some current cricketers, we can share our thoughts and feelings, and (they can relate).

"I get more from it than them. I get relief because I buried my problems as deep as I could. I have the ability to talk today and it sets me free.

"The group are great and receptive. I have a graphic story, it's not attractive, but I don't do anything that is not needed."

The Sporting Chance Clinic was founded in 2000 by former Arsenal defender Adams, who himself battled alcoholism, and has since treated a number of footballers and sports stars, allowing them to get their lives back on track. Find out more at www.sportingchanceclinic.com