Unai Emery says Arsenal will consider handing Danny Welbeck a new contract with the striker on course to return to training before the season's end.

The 28-year-old broke his right ankle in November's Europa League draw at home to Sporting Lisbon and - while he is unlikely to return this season - Emery insists he is "progressing very well".

In his absence Arsenal have steadily improved as they have adjusted to their new manager's methods, with fellow strikers Alexandre Lacazette and Pierre-Emerick Aubameyang becoming key amid a wider expectation Welbeck would leave this summer when his contract expires.

"He is working and starting to touch the ball and to work on the pitch. His progress with such a big injury is going very well.

"It's difficult for him to play matches this season but he is progressing very well and maybe the doctor will tell us he can come train with us in the last weeks of this season.

"After, his individual thing is to speak with the club [about his future]."

Suggestions Welbeck could yet have a future at Arsenal also come with the 47-year-old Emery convinced of the value of his team featuring English players. 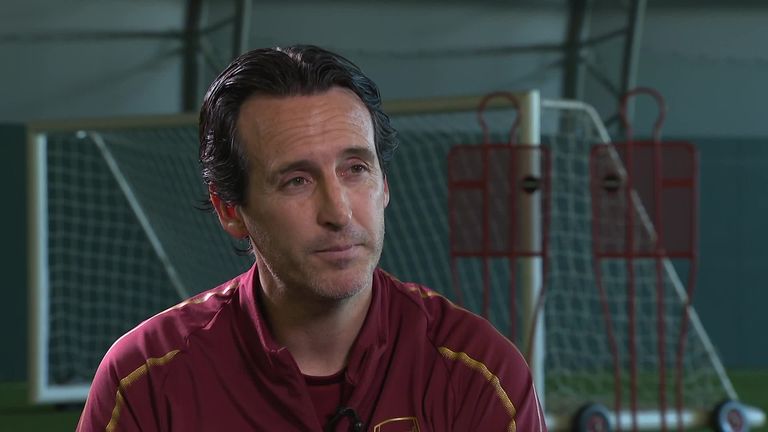 Jack Wilshere's departure last summer for West Ham, Welbeck's injury and Calum Chambers' presence on loan at Fulham has contributed to the fact that they had no players in the past England squad.

"We have a lot of players with the possibility to grow up with us and be part of our future, and also with the national team."