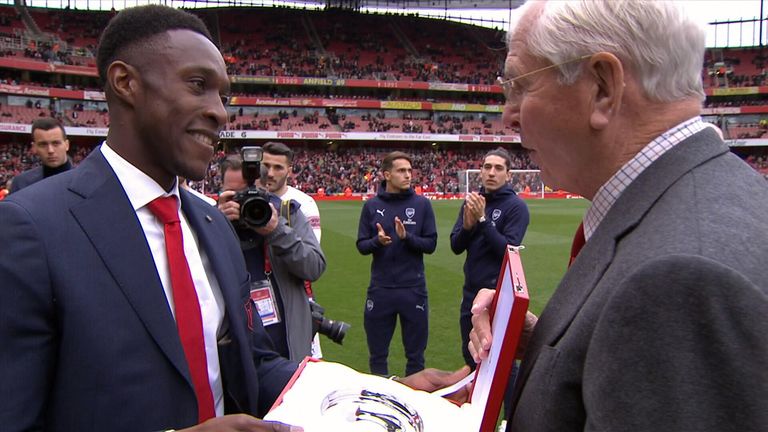 Danny Welbeck will not be offered a new contract by Arsenal and will be available on a free transfer this summer.

The 28-year-old England forward, who has been out since November with a serious ankle injury picked up against Sporting Lisbon, has already played for the Gunners for the last time.

And Welbeck said his farewells to the Arsenal faithful following their last home game of the season on Sunday - a 1-1 draw with Brighton that means they will almost certainly not finish in the top four.

About Welbeck, manager Unai Emery confirmed: "I spoke with the club and this situation, and the decision is he is going to leave."

Welbeck will leave the Emirates after 126 appearances since joining on a five-year deal from Manchester United in 2014.

Sky Sports News reported last December that Arsenal had no plans to offer Welbeck a new deal and that he was set to join Aaron Ramsey in leaving on a free transfer this summer.

While Champions League qualification through the league is all but over given their inferior goal difference compared to fourth-place Tottenham, Arsenal are still in the hunt via the Europa League, with the second leg of their semi-final against Valencia to come on Thursday.