Alexander Lacazette is aiming to return to Arsenal first-team training next week and be in contention for the clash with Sheffield United, live on the next Monday Night Football.

The France striker has been out for more than a month with an ankle injury - since the home draw with rivals Tottenham on September 1, in which he scored.

His rehabilitation has gone well and it is hoped he can be available when the Gunners return to Premier League action at Bramall Lane following the international break.

Lacazette has two goals in three games so far this season and in his absence the north London club have won twice and drawn three times in the league, while beating Frankfurt and Standard Liege in the Europa League. 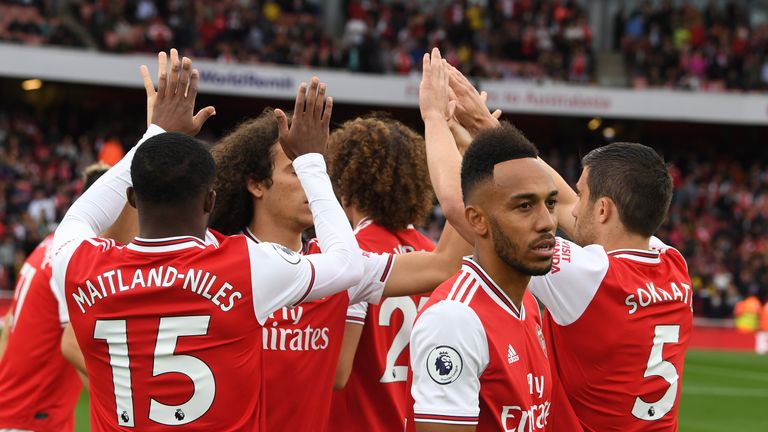 Former Arsenal co-owner David Dein says the club should be aiming for the top two under head coach Unai Emery.

The 28-year-old's return would mean manager Unai Emery has a full squad to choose from against the newly-promoted Blades in just over a week's time.

The Frenchman has scored 38 goals for Arsenal in total since signing a £46.5m deal from Lyon in 2017 would re-establish the club's intended forward line of Lacazette, Pierre-Emerick Aubameyang and newcomer Nicolas Pepe.

Emile Smith-Rowe is the only other Gunner currently out with a knock following a collision against a Nottingham Forest player in the Carabao Cup in late September.