Smith would also be 'delighted' if Arsenal hired Brendan Rodgers Unai Emery was sacked on Friday and replaced temporarily by former Arsenal winger Freddie Ljungberg, stepping up from his role as assistant head coach.

Former Arsenal midfielder Arteta, who is part of Pep Guardiola's backroom staff at City, was one of the leading candidates to replace Arsene Wenger last May, before Emery was given the job.

Smith feels Arsenal should act fast and hire Arteta as he believes the Spaniard is likely to succeed Guardiola when he leaves City.

"I would like them to be bold and go for a younger, more progressive manager," Smith told Sky Sports News. "I'd like Mikel Arteta.

"I know a lot of Arsenal fans say, 'He's never been a manager. How could you do that? We need tried and trusted experience'.

"But I think he's going to be a top manager quite shortly. If Arsenal don't get him I think somebody else will. If he stays at Manchester City when Pep Guardiola steps down, he'll be a stick on to takeover.

"From what you hear of his work at Man City, he takes so much of the training, the players respect him a great deal. I think he's been responsible for improvements in Kevin De Bruyne, Raheem Sterling - so I think he is excellent.

"He's got that Arsenal connection as well. He'd be my choice."

What about Brendan Rodgers?

Arteta is one of the names being considered by Arsenal to replace Emery, Sky Sports News understands. Brendan Rodgers has hinted his Leicester contract has a release clause

Ljungberg is also sure to be in contention, depending on his performances as interim head coach.

Rodgers suggested on Sunday that his contract at Leicester includes a release clause and Smith believes the former Liverpool manager would be a wise appointment.

"Brendan Rodgers, at my former club Leicester, I'd be delighted if they managed to secure him," added Smith.

"I think his ethos suits Arsenal as well. When his name was mentioned before when they went for Emery a lot of people scoffed at it.

"But he's since shown what a top manager he is. They have to take their time, they have to make sure they make a good choice."

'Arsenal could wait until end of season for appointment'

Arsenal are seven points away from the top four and have only managed four wins this season in the Premier League. 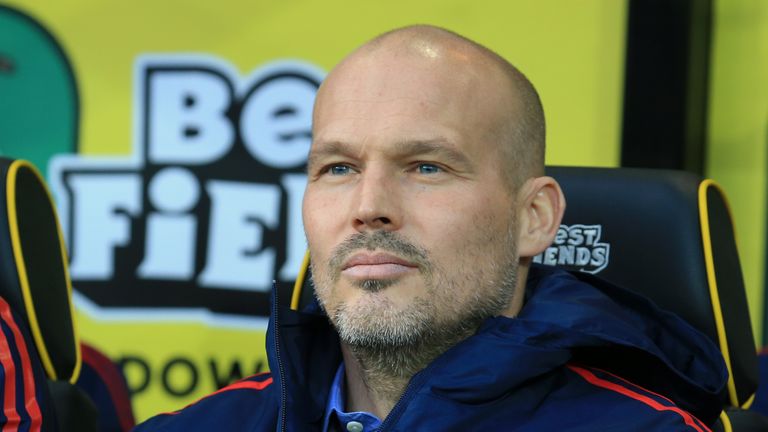 Despite the poor recent results, Smith believes candidates will be flocking to take over at Arsenal but does not think there is any rush to make an appointment.

"I'm sure they are conscious that they have to make the right decision this time. It is always a gamble, you never know if it is the right decision, they thought Unai Emery was. I thought it was a decent shout, at the time.

"They're going to have their pick of some talented managers and understandably so, it is a plumb job.

"I think they can wait until the end of the season. I think Arsenal finishing in the top four is a long shot now. There's no reason why Freddie Ljungberg and Per Mertesacker can't organise that team and nick a cup.

"You would ideally want to make it sooner rather than later, but you don't want to jump in for the sake of it.

"There's a lot of potential to improve at the club, obviously they've not won the title for a number of years and they're a long way off the likes of Liverpool and Man City and Leicester.

"The new manager would really be able to get his teeth into things."