Appointing Mikel Arteta is a huge risk for Arsenal because of his lack of managerial experience, says Graeme Souness.

Arteta leaves his role as Manchester City assistant manager and replaces Freddie Ljungberg, who took over as interim head coach following Unai Emery's sacking at the end of November.

But Souness believes Arteta's zero managerial experience makes this a surprise appointment, and insists his prior knowledge of the club as an former player is irrelevant, given the club have changed so much over the last few years.

Here, we also run through the thoughts of former Arsenal forwards Charlie Nicholas and Alan Smith, who are more positive about Arteta's arrival at the Emirates, as well as Sky Sports' Jamie Redknapp.

Souness: It's a big risk 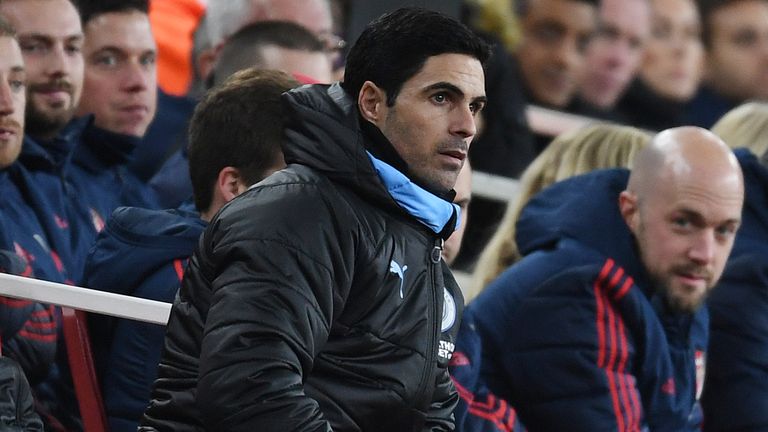 Graeme Souness believes Arsenal have taken a gamble by appointing Mikel Arteta as head coach, given his lack of experience

Souness had his reservations over the choice of manager, pointing to Arteta's lack of experience as a No 1...

"Big risk. Coaching, being a very good coach, doesn't qualify you automatically to be a very good manager. It's two different jobs.

"I would suggest Arsenal is a very different football club now to the one when he was there. He'd have been on the training ground most certainly with Pep all of the time, so he would have learned from him there, but it's just the day-to-day other stuff a manager has to deal with, that he won't have any great experience of.

"Whoever got the job at Arsenal would have had a very, very difficult job. The fact they've gone for a manager who has never been a manager before is very high risk.

"It will be no quick-fix at Arsenal, they are in trouble right now, and aren't anywhere near where they need to be. They're one of England's great football clubs, but I'd suggest they're quite a bit off that right now."

Nicholas: Rodgers my choice, but this is a project

Though admitting Leicester boss Brendan Rodgers was his first choice as boss, Nicholas told Sky Sports News the job is a three-year project, and is glad the club didn't throw money at a big-name manager for a quick fix.

"My initial choice was Brendan Rodgers. But the honest truth is Arsenal needed someone, the second choice was Arteta, and this is a project, as they call it in modern-day football.

"Arsene Wenger came with no reputation, and look what happened to him. Arteta has been with, in my opinion, the best in Pep Guardiola, to learn and understand it.

"He's an intelligent guy, he's a leader, he was a leader at Everton and Arsenal, and was well-respected at both. I did not want Arsenal going down the Manchester United line, which was to throw money at a big name coach. They might win a couple of trophies, but you're building nothing.

"It's all about building blocks, and Arsenal have to get back to that. Arsenal at the moment are an average team, a giant club, and they have to get the balance right.

"This is a three-year project, and Arsenal are well behind. But they could be threatening for that top four again next season. Could it happen this season? No. They've got too many decisions to make, like: what do I do with the defence? Who is going to be sold? Do Aubameyang and Lacazette want to stay? Do I get rid of Ozil? It's a lot to calculate and process." 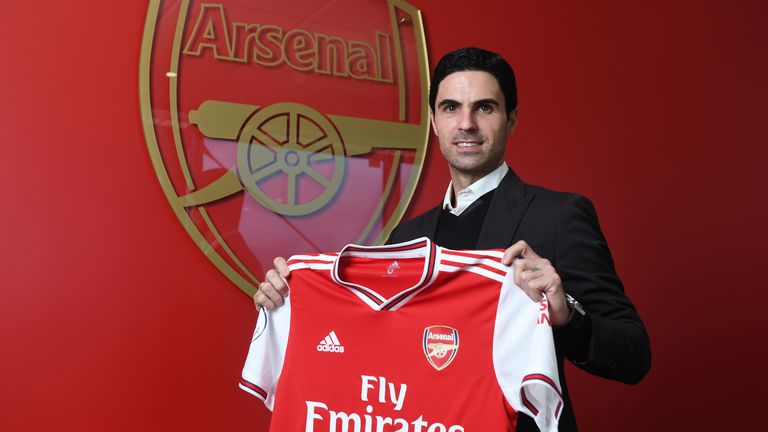 Smith has no reservations about the appointment, and sees Arteta as somebody who can instil some discipline and organisation to Arsenal.

"I think they've made the right decision. I'm really delighted and excited by the decision. I do think Arsenal need this kind of coach in the situation, who is going to kick a few backsides, is going to be clear and concise about what he wants from the players and the team.

"His main body of work will be on the training ground, and that's where he excels I think. It's a bold call, but I think it's the right call. First of all he needs to pick the players he thinks he can get a tune out of, and I think he'll be ruthless in that regard, and he won't be bothered about reputations and who is earning what. Longer-term he will want to weed out those who he thinks aren't the right sort. I think there are a few in that Arsenal dressing room who don't have the right attitude.

"I think we'll quickly see his influence on a match day, I'd expect to see a bit more organisation, and we'll see what he's trying to do with the team. It's a calculated gamble, but I do think he'll go on to become a top manager. If it wasn't with Arsenal, they'd be kicking themselves.

"I think he's got the presence and authority to go into that dressing room and command respect. The club have aimlessly drifted over the last few years, but I think they'll be looking forward now.

"Success come May is not so much about the league placing - I can't see them getting into the top four - so he has some months to work on the performance and team shape. It's about getting his philosophy across from now until May."

Redknapp: Nobody knows how you'll cope

Former Tottenham midfielder Jamie Redknapp feels there is an element of mystery to the Arteta appointment, saying it's hard to judge whether he will be able to cope with the intense pressure.

"When you're an assistant you haven't got to lead the players, leave anybody out, upset lots of people. When you're on the touchline and have to make that substitution with 10 minutes to go. Until you physically have to do it, time in, time out, nobody knows how you're going to cope with the pressure.

"I've seen many great No 2s really struggle as No 1s. The fact he has been working with Pep Guardiola will help to an extent, but he's got to do it in his own right. He's got great credibility in the game, everybody speaks to highly of him, but we'll only find out in time how he copes with that pressure, because it is unique.

"It's a totally different thing when you haven't got to make those big decisions."