Arsenal have found a commanding defender.

There were times during their emphatic 3-0 victory over Fulham at Craven Cottage when that did not feel the key takeaway from the afternoon.

Pierre-Emerick Aubameyang's wonderful strike for the third goal was surely the highlight, underlining the importance of convincing the captain to sign a new contract in the summer.

Dani Ceballos' introduction as a second-half substitute produced the party tricks - a nutmeg and a back-heel in the same move summing up the mood of optimism after this victory.

Willian was the provider of all three goals, showcasing his undoubted quality following his move from Chelsea. But it was the debut of another Brazilian that really caught the eye.

So impressive was Gabriel, the club's £27m signing from Lille, that Arsenal supporters will be hoping he could be the catalyst for their team taking a huge step forward this season.

A longstanding issue appears to have been addressed.

Mikel Arteta knew it. That is why, despite having plenty of central defenders already on the club's books, he pursued this acquisition with vigour in the summer. It was not just Edu, Gabriel's compatriot, leading the chase. Personal calls went in from the manager too.

Arteta was aware that he had nobody like Gabriel.

The making of Gabriel

Playing in the middle of a back three, Gabriel's physical presence snuffed out the threat posed by Aboubakar Kamara as he swept across to cover openings left and right.

But there was more to this display than the physical. David Luiz might have been selected for that central role had he been available for this game but the experienced Brazil international could not have produced a more assured passing performance than the newcomer.

Gabriel completed 107 passes - the most of any player on the pitch. His use of the ball was tidy throughout and his composure provided assurance to his team-mates.

It was not blemish free but in a strange way that only made it more impressive. A jittery moment in the second minute of the match could have knocked his confidence when poor communication with Bernd Leno allowed Kamara to sneak in behind.

But the chance was not taken and Gabriel did not let the moment trouble him. He grew in confidence and was already the best player on the pitch long before he marked his debut with a goal by nodding in Willian's corner in the early minutes of the second half.

Any hope of a Fulham comeback ended with Aubameyang's goal soon after and it was remarkable how little the home side were able to create on their Premier League return.

That reflected the limitations of Scott Parker's side, of course, but it was also an indication of the tactical troubles that Arteta's fluid 3-4-3 system cause for their opponents.

Try as they might, Fulham could not find a way to get at Arsenal and even when they did penetrate the back-line they were met with resistance in the form of the 6ft 3ins frame of Gabriel.

In terms of the quality of chances created by Fulham, Opta's expected goals metric rated the total as 0.15 - lower than in any game against Arsenal in the Premier League last season.

In fact, it was the lowest quality of chances that Arsenal have conceded away from home in a Premier League game for over five years. Newcastle had 10 men for 75 minutes that day.

There will be bigger tests than Fulham away with no fans in attendance, but it offers an insight into just how convincing this Arsenal performance was.

In time, perhaps it will be seen as no coincidence that it came on the day that Gabriel made his debut for the club. 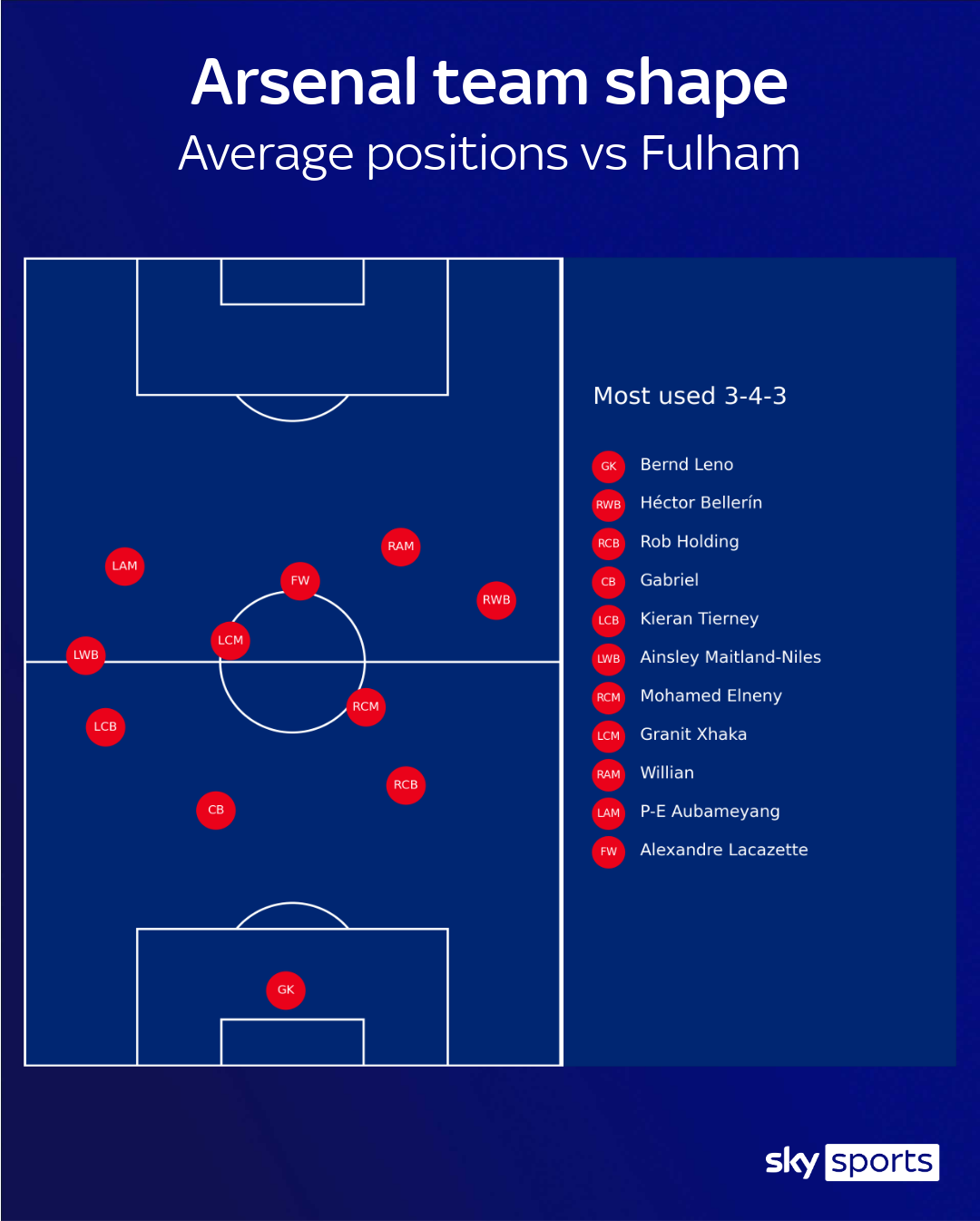 Gabriel’s debut as it happened

2 – Poor communication with Leno almost allows Kamara to steal in

49 – GOAL! Forces the ball into the net off his shoulder from Willian’s corner