Mat Ryan joins Arsenal on a loan deal until the end of the season; Brighton and Australia goalkeeper fell out of favour at the Seagulls and lost place to Robert Sanchez in December; Ryan: "I will give everything I’ve got to contribute to the first club I ever loved"

Brighton goalkeeper Mat Ryan has joined Arsenal on loan until the end of the season.

The 28-year-old Australian international had fallen out of favour at Brighton, losing his spot to Robert Sanchez after a 3-0 loss to Leicester in December.

Last month, Brighton boss Graham Potter dismissed suggestions Ryan had played his final game for the Seagulls but said he was willing to allow him to leave in search of regular first-team football.

"Signing for the club you grew up supporting as a kid," wrote Ryan on Twitter. "Buzzing to be beginning this new chapter and will give everything I've got to contribute to the first club I ever loved."

"We know Mat very well through his performances with Brighton in recent seasons and he brings additional quality to our squad," Arsenal boss Mikel Arteta told the club's website.

"Mat has very good Premier League experience and has played over 100 times in the league, which is something that will benefit us greatly on and off the pitch."

Despite starting 11 of Brighton's first 12 matches in the Premier League this season, Ryan has not been called up to Brighton's matchday squad for the past seven league games.

The Australian will wear the number 33 at Arsenal and will compete with Bernd Leno and Alex Runarsson for the starting spot, after Matt Macey moved to Hibernian on a loan deal earlier this month.

"Mat will provide very good competition and positive support to all our goalkeepers and we are looking forward to him integrating quickly into the set-up here at Arsenal," said Arsenal sporting director Edu.

Ryan originally joined Brighton in a then-club-record £5.4m deal from Valencia in 2017, and has gone on to make 121 Premier League appearances for the club, keeping 28 clean sheets.

He broke through the youth ranks at Australian club Central Coast Mariners before impressing for Belgian side Club Brugge, and earning a move to Spain in 2015.

"Mat has been a great servant to the club in the Premier League, and he has played no small part for the club at this level," said Brighton boss Graham Potter.

"We have incredible talent and competition at this club for just one position, and understandably, as Australia's number one, Mat wants the chance of more regular opportunities."

Any Arsenal fans who have watched Runar Alex Runarsson's unconvincing performances in goal this season will be relieved by the arrival of some additional back-up for first-choice 'keeper Bernd Leno.

Unlike Runarsson, Ryan brings a wealth of experience. The 28-year-old amassed 121 Premier League appearances in his three-and-a-half seasons with Brighton and also has 59 caps for Australia.

He fell out of favour under Graham Potter after conceding 19 goals in 11 games in the early months of the season - six more than the expected goals data suggests he should have. But he was generally a dependable pair of hands before that.

Ryan will hope to rediscover his best form at Arsenal, where he will be expected to start in the cup competitions, while Mikel Arteta will hope to harness his ability as a distributor.

Among Premier League goalkeepers last season, only Kepa Arrizabalaga, Alisson and Ederson registered a higher passing accuracy rate than Ryan. The Australian is adept at playing out from the back, making him a good fit for Arsenal's style, and his long-range kicking ability is another weapon when it comes to building attacks. 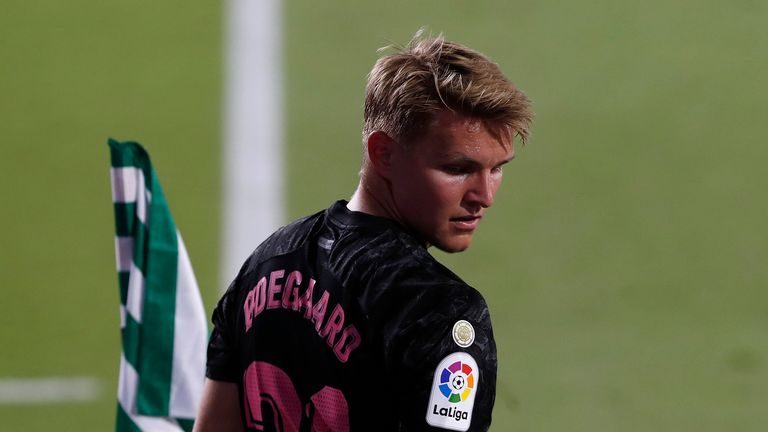