Joe Montemurro led Arsenal to their first WSL title in seven years in 2019; 51-year-old Australian describes tenure as "highlight of my coaching career"; has made decision to take professional break and dedicate more time with his family Arsenal head coach Joe Montemurro says he has taken the decision to leave the club at the end of the season to spend more time with his family and to take a professional break.

Arsenal head coach Joe Montemurro will leave the Women's Super League club at the end of the season.

The 51-year-old Australian, who helped Arsenal reach four cup finals during his tenure, has decided to take a professional break and dedicate more time with his family.

"This has been the hardest professional decision of my life, as I absolutely love this job and this club, the club I have supported all my life," Montemurro, who will leave the club officially on May 31, said.

"I'm hugely grateful to the club for their unrelenting support during my time here and in understanding and respecting my decision."

Montemurro added working at Arsenal was the "highlight of my coaching career".

Arsenal are fourth in the WSL, three points adrift of third-placed Manchester United but with a game in hand.

"My focus now is helping the team to complete the season strongly and finishing as high as possible in the WSL, leaving the club in good shape for the future," Montemurro said.

Arsenal chief executive Vinai Venkatesham said the club are well placed "to be as much a force in the future as it has been in the past" following Montemurro's time in charge.

Venkatesham added: "Joe has made a huge impact during his time with us and we look forward to building on his legacy and taking the club to more success in the future."

"You should have seen me an hour ago when I told the players, I was a mess," he said. "I was waffling on, I didn't even know what I was saying to be honest, it was really hard, really really hard.

"I think the biggest thing I was scared of when I told Vinai and Clare (Wheatley, Head of Women's Football) was that they'd be upset and never let me back into the club, but they've been absolutely amazing.

"I can sit here and safely say that I will be forever part of the Arsenal family and I was one of the lucky ones that got to work here and give my all and meet some amazing people.

"So that was the scariest thing for me to be honest, to think that they'd be upset and all that but everyone's been amazing and the club have been absolute class." 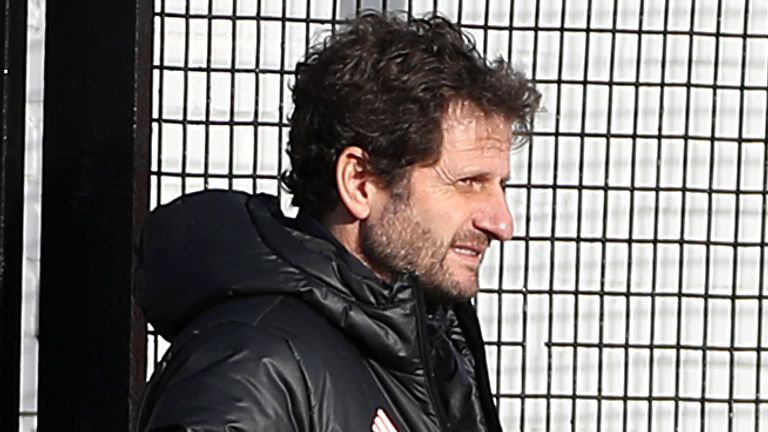 Smith: Arsenal will now want to go to 'next level'

Former England international Sue Smith says Montemurro should be proud of his achievements while at Arsenal and expects the club to target a title challenge under his successor.

"They were so dominant for many years," Smith told Sky Sports News. "It just seems that Chelsea and Manchester City have taken over in that, so I think the next manager that comes in will certainly be looking to take them to that next level."

She added: [Montemurro] is a very good manager, a very good player-manager so I am sure once he has had a little break, had some family time [then] we will certainly see him back in management very soon."