Mikel Arteta believes Arsenal have an "incredible opportunity" to rebuild: "I think the owners are going to be really involved. I think they will be really supportive"; watch Chelsea vs Arsenal on Wednesday from 7.30pm live on Sky Sports Premier League; kick-off is 8.15pm

Mikel Arteta says he remains excited about where he can take Arsenal because of the size of the club, the resources he has and the promise of support from the club's owner going forward.

Arteta remains defiant about the future of Arsenal despite the club facing the prospect of no European football next season for the first time in 25 years.

The Spaniard has already admitted his squad needs an overhaul this summer after a difficult domestic campaign, but also said he is confident he can build an Arsenal team that will challenge for silverware again.

Arteta believes Arsenal have an "incredible opportunity" to move forward following a season of underperformance on the pitch and a restructure of staff behind the scenes, which saw the departure of head of football Raul Sanllehi and a number of long-serving scouts. 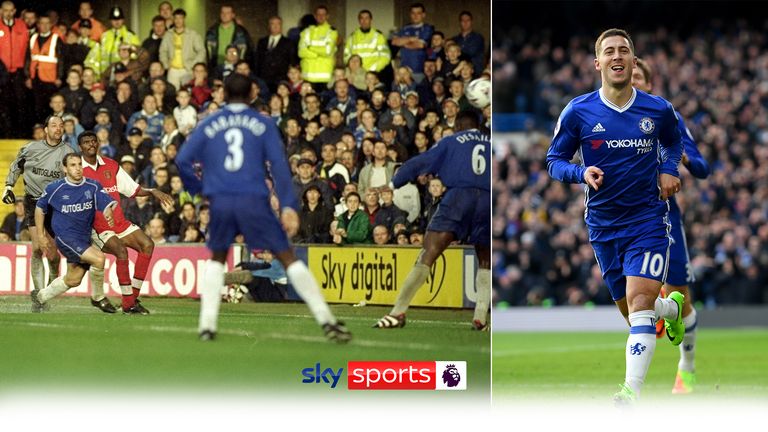 Ahead of their match on Wednesday evening, take a look at some of the truly amazing goals scored in this fixture, including Kanu’s impossible angle finish, screamers from Sylvinho and Alex, and a stunning solo effort from Eden Hazard.

Looking ahead to Arsenal's trip to Chelsea on Wednesday, live on Sky Sports Premier League, the under-pressure Arsenal boss explained why he remains positive about his role and overall state of the club going into the final three games of a disappointing season.

"Our responsibility and aim is to finish as high as possible. It will always help and create more belief, but the outlook is bigger than that," he said. 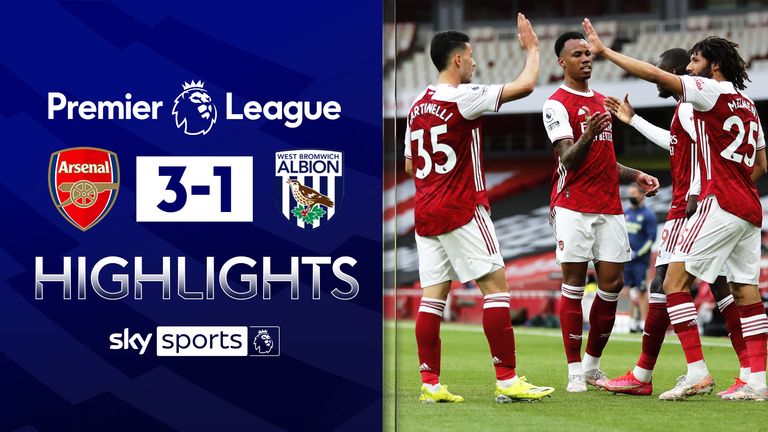 "What I mean is that we are in the middle of (a process). We are not at the start or at the end, it is a process that we are in. It started a few months ago when we had changes of structure at the club, these changes were unprecedented and had not happened in the club's long history.

"It's something we had to do, it's happened already and it has to continue. It's a difficult task because it does not provide the stability that is necessary.

"We have an incredible opportunity, I am so excited because I know what we can do with the size and resources we are going to have and the quality of people we have at the club.​​​​​

Many Arsenal supporters have been calling for Stan Kroenke - who, along with his son Josh, runs the club through his company Kroenke Sports & Entertainment - to sell following the Gunners' involvement in the failed Super League.

Fans protested against the Kroenkes outside the Emirates Stadium last month, while Spotify co-founder Daniel Ek, a long-time Arsenal fan, remains keen to launch a takeover.

When asked if believes Kroenke will provide him with the financial support needed for a rebuild, Arteta replied: "I think the owners are going to be really involved. I think they will be really supportive." 'We have made progress in areas, I take responsibility for underachievement'

Despite being on course to end the season lower than their eighth-place finish in the last campaign, Arteta says he has seen progress within the team, citing the identity and playing style as well as notable league wins against Chelsea, Manchester United and Tottenham.

He continued: "We haven't done what we want in the Premier League in terms of results. What we have done in terms of performances compared to last year, the way the team is, the identity of the team, (the difference) is night and day. But results wise it has not been (what we wanted) over 38 games.

"We have managed to things we haven't for five years, winning against the top teams. But we are not where we want to be.

"In Europe we were very close, an inch, a post, dictates failure or success. That's what we have done."

Arteta does however accept that the underperformance of Arsenal's star players throughout the season is his responsibility and failure.

"That is my responsibility. That is my job. My job is to get 120 per cent out of every single player in our squad. With some of them I have not managed to do that," he reflected.