Sam Allardyce says he wants to keep Ross Barkley but a deal for the England midfielder to leave Everton may already have been agreed.

Barkley, whose contract expires at the end of the season, almost left the club for Chelsea in the summer but he u-turned on the move despite the clubs agreeing a £35m fee.

Tottenham also have a long-term interest in the 23-year-old and Sky Sports News reported in the summer that they were prepared to wait until January to land the player. 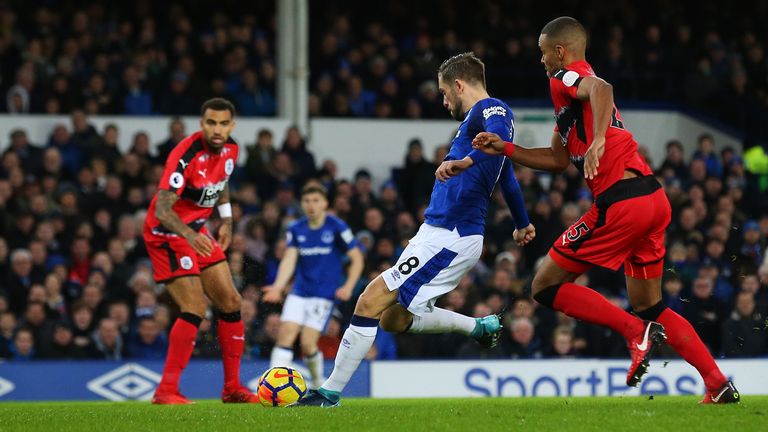 After picking up a win in his first game in charge over Huddersfield at Goodison Park, Allardyce told Sky Sports: "I'd like to think we can keep Barkley, unless somebody's already done a deal for him.

"I am not daft enough to know in this game that those words and phone calls might not have already gone on.

"If we could get Ross Barkley to stay then nobody would be more delighted than me. Whether that is a possibility I do not know.

"For me it's about getting him back in the squad first and seeing where we are from there."

Everton have previously offered Barkley a new contract to stay at the club at which he broke through from the academy, but it was widely reported he did not want to recommit.

Barkley has not played for the Toffees since May, having torn his hamstring in pre-season training.