Everton and Tottenham are both in real need of a boost in the race for European football but who will get one in front of the Sky Sports' cameras on Friday Night Football?

Carlo Ancelotti's side are without a win in four Premier League games and have triumphed only once in their last eight league fixtures on home turf, while the heat is turning up on Jose Mourinho after Tottenham surrendered another lead in a home loss to Manchester United.

Sky Sports pundits Roy Keane and Jamie Redknapp had a lively debate about what Tottenham should be achieving but is their seventh-placed spot actually about right? And how much progress have Everton made under Ancelotti?

On the latest Pitch to Post weekend preview podcast, skysports.com's Adam Bate and Ben Grounds look ahead to a crunch encounter between two sides currently separated by just a place and a point in the table.

Should Jose be getting more out of Spurs? 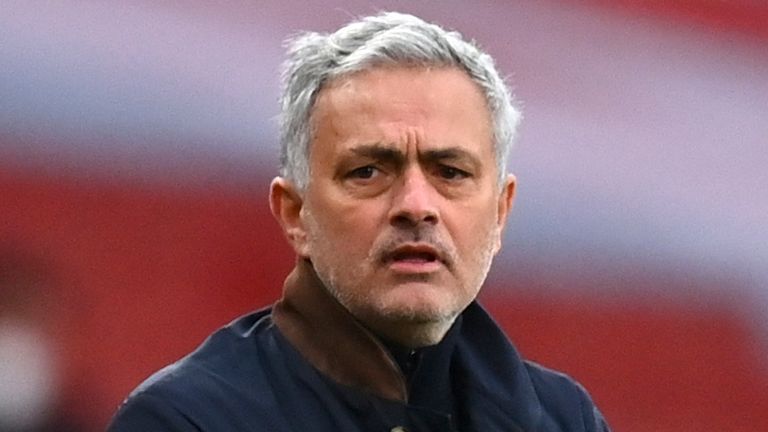 "I think there's an issue with the balance of the team. They've got a couple of world-class players in attack, then there are some other really talented players - Bale trying to recapture his form, Ndombele finding his way - but I don't think they have top players in defence.

"Some managers might ride that out and try to be attacking but when you want to play without the ball and you devise a tactical plan that involves soaking up pressure, that can scupper you [with that team].

"I wouldn't say Hugo Lloris was optimistic when I spoke to him before the game but he was certainly determined. I don't think it's a group of players who aren't trying; I think you saw that in the interview Heung-Min Son gave to the club.

"It's a group of players whose hopes have been dashed at much as the fans'. I think perhaps there was a brief moment earlier in the season where the players, like some of us in the media, were just starting to believe there was a template that was starting to work - they beat Man City, drew at Chelsea, beat Arsenal, but just before Christmas that counter-attacking plan unravelled, there were late equalisers.

"I don't think they ever really got their confidence back from that period and Lloris talked about that lack of confidence and belief in the team.

'New Tottenham needs to emerge - it could take time' 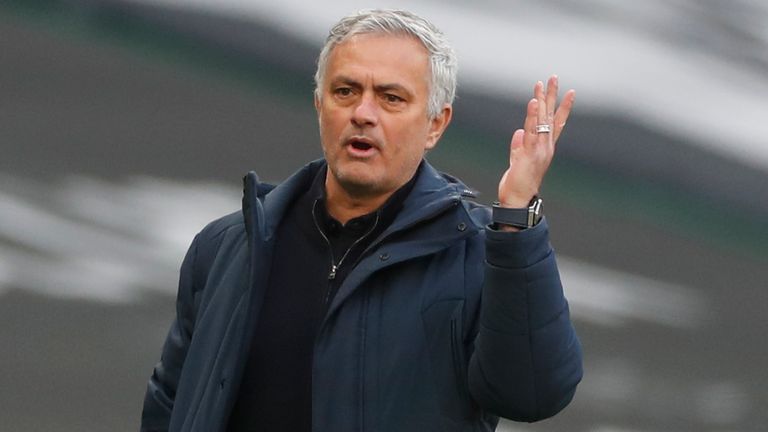 "What was interesting looking at the rolling expected goals for and against was the period between 2015 and 2018; if you took any five-game period, Spurs were creating more than they were conceding.

"The last full season under Mauricio Pochettino when they reached the Champions League final, it was a bit more flaky. We've seen a continuation of that under Mourinho; they're creating less and conceding more. That won't be a revelation to Spurs fans but the numbers meet the eye test.

"If you wanted to defend Jose, you'd say the problems pre-dated him. If you wanted to criticise him, you'd say he's clearly not solved those issues but it seems quite entrenched now that that season where they reached the Champions League final was a watermark and the ending of an era.

"As much as the idea was that he's a proven winner and that was all that they needed, the feeling now is that a new Tottenham needs to emerge and that could take considerable time.

"I wouldn't describe it as a failure if they don't get top four. At the start of the season, you were looking at Liverpool and Man City as the favourites, with Manchester United and Chelsea given Chelsea's investment.

"But winning a trophy was obviously a target - Lloris said the players speak about that in the dressing room as an ambition - and that's what driving them. Harry Kane's had the personal plaudits; he'll want to score the winner in a Wembley cup final.

"Tottenham winning a trophy would be tangible reward for this period. It wouldn't sustain them for long though and that sense of progress is not really there at the moment." 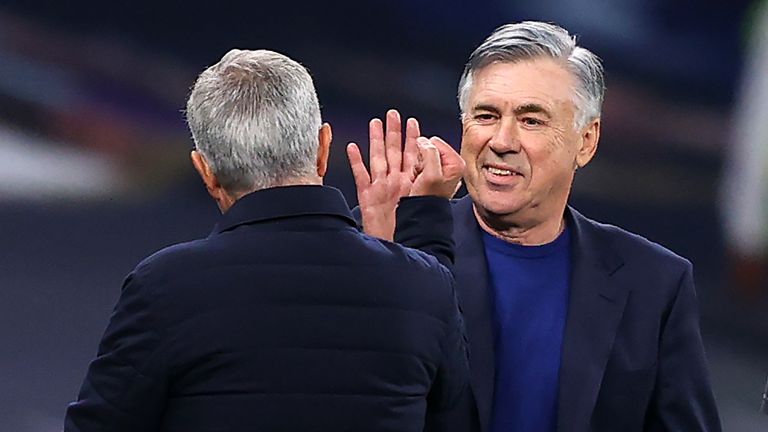 Carlo Ancelotti says he is looking forward to seeing his friend Jose Mourinho on Friday, but wants Everton to beat the Portuguese's Tottenham and move above them in the race for the top four

"It was a very disappoiting performance and result against Brighton; we've spoken so often about how Brighton play great footbal but seem to find new ways of not winning.

"They were the better side on Monday but there's no denying a large part of why Everton were second best was down to how many players were missing. The personnel isn't there when you take out nine senior players. There was a game against Wolves earlier in the season when they found a way to win without Calvert-Lewin, and Richarlison. Sigurdsson and James Rodriguez played as a false 9 and 10. But you can't sustain results over a period of time without your key players.

"Yerry Mina went off too and the midfield wasn't there in Allan and Doucoure. The injuries have really derailed the team's aspirations to finish in the European places. For a season that started so brightly after a mediocre last campaign, there is that sense that it would be a disappointment. The club captain is coming out and saying it would be a failure. That's exactly what he should be saying but we have to look at the bigger picture and say there is a bigger project. So long as they're competing for those places. 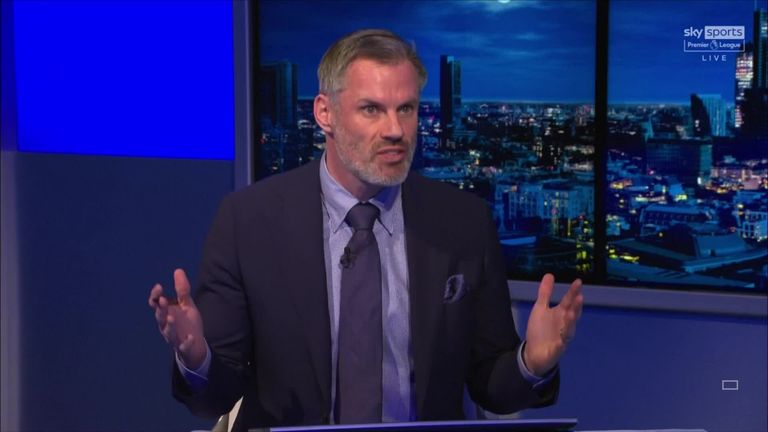 "It's a bit premature to make an assessment [on progress under Ancelotti]. We'll have to wait until the end of this campaign before we can make our first real assessment but on the whole I'd say it's been positive.

"He's lifted the camp. He gave everyone an opportunity and then last summer was a case of sorting out the midfield, which was lightweight. That was addressed.

"Thinking back to the reverse fixture on the opening weekend, there was such a lovely balance to the side. Everyone was fit, they went with four at the back, three in the middle with Gomes, Allan and Doucoure, James started and they deservedly won the game 1-0.

"It would be unfair to assess right now with all these injuries. If you look at the run-in, they've got Aston Villa, West Ham to play next; if they get results in those games, Everton could still be looking at a place in the Europa League, which would be a fantastic achievement but it's a case of absorbing those injuries and finding a way to win without the focal point of Calvert-Lewin. You're calling on James, Sigurdsson and Richarlison to fill the void; there haven't been enough goals beyond Calvert-Lewin."