Rafael Benitez says his past allegiances with Liverpool should not be a concern for Everton fans after he was appointed as the club's new manager. (Credit: Everton TV)

Everton have appointed Rafael Benitez as their new manager on a three-year deal.

Former Liverpool boss Benitez, 61, becomes Carlo Ancelotti's successor at Goodison Park after the Italian resigned from his post to return to Real Madrid on June 1.

Everton said in a club statement the Spaniard's appointment followed "a robust and wide-reaching recruitment process" over the last three weeks, which saw "multiple interviews with several candidates".

"I am delighted to be joining Everton," Benitez said. "Throughout this process I have been greatly impressed by the ambition shown by the senior representatives at the club and their desire to bring success to this historic club.

"I believe this is a club that is going places. I'm determined to play a big part in helping this great club achieve its ambitions."

Benitez has received a mixed reaction from the Everton fanbase after news emerged earlier in June he had become the club's leading target.

A threatening banner seemingly aimed at Benitez, reading "we know where you live, don't sign", was placed near his Wirral home on Monday, leading to a Merseyside Police investigation. 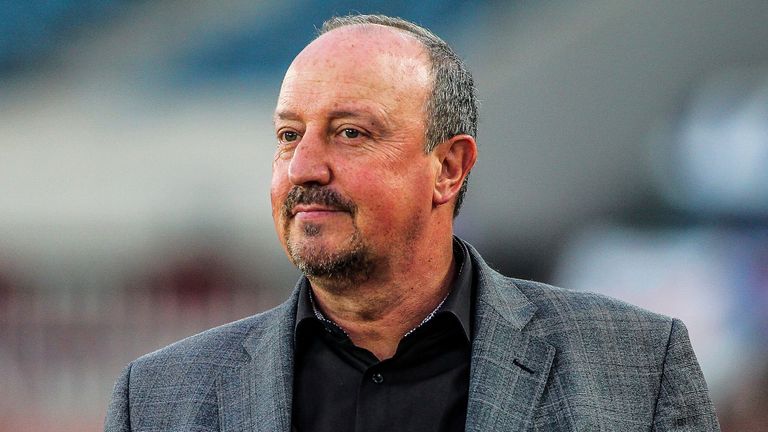 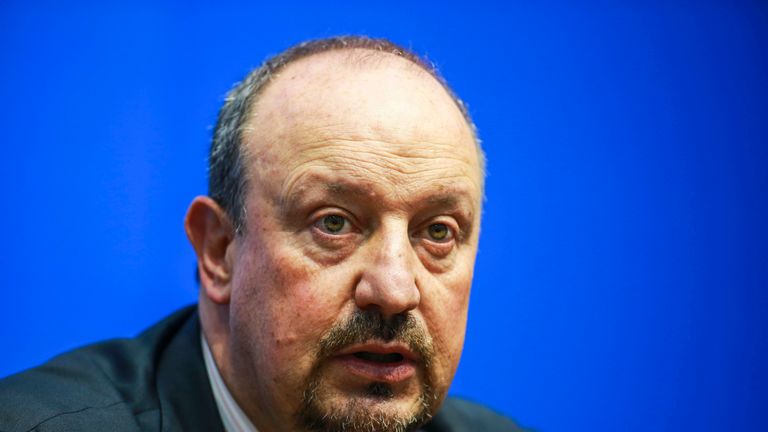 Former Everton striker Steven Naismith says the appointment of Rafael Benitez is 'slightly contentious', and believes he needs to get off to a good start.

Moshiri: Everton need to be winning trophies | Rafa is a 'proven winner'

Duncan Ferguson and goalkeeping coach Alan Kelly will form part of Benitez's backroom team, while further additions will be named in the coming days.

Benitez will begin work with the Everton squad when they return for pre-season training from July 5. 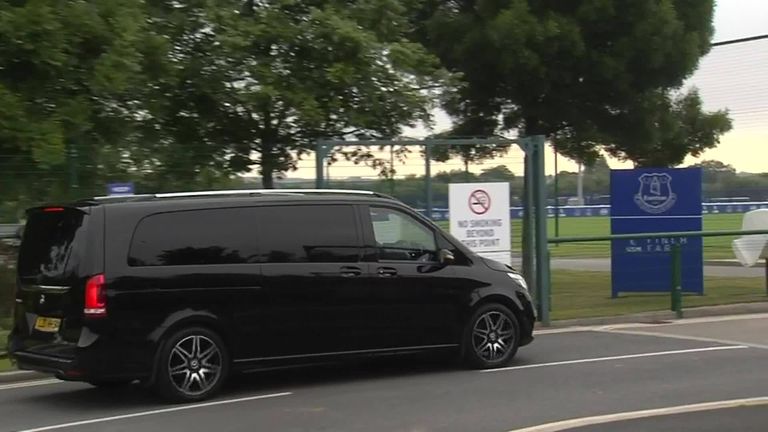 Everton's majority shareholder Farhad Moshiri said: "Rafa impressed us greatly with his knowledge and experience but, above all, the passion and hunger he showed to join our club.

"We are appointing Rafa because we believe he will bring success to our club and to Evertonians. To put it simply - we need to be competing at the top-end of the league and to be winning trophies.

"Rafa is a proven winner with huge experience in coaching internationally and we have secured the best man to achieve that for us."

Everton finished 10th in the Premier League last season under Ancelotti, missing out on European qualification by four points, and last won a trophy in 1995 with FA Cup success.

Club chairman Bill Kenwright added: "Rafa Benitez is joining Everton Football Club at an exciting time. On behalf of the board of directors I wish him well in achieving success for our football club - success our supporters long for and deserve."

Everton's 2021-22 campaign begins at home to Southampton, with the first round of fixtures scheduled to take place on the weekend of August 14-15.

"Rafa Benitez understands the feelings of some Everton supporters, who have made it be known they are against his appointment as manager.

"But, in applying and taking up the role, the Spaniard feels he can win his doubters over with results on the pitch. Benitez's arrival comes 11 years after he left Liverpool, where he spent six years as manager, winning the Champions League and FA Cup.

"Benitez was sold on the club's potential, and reportedly rejected approaches from two Serie A clubs with a return to the Premier League his priority. Here's the checklist that awaits him at Goodison Park..."

"'Shocking decision'. 'I'm finished with them'. 'They've betrayed the fans'.

"Just some of the reactionary words of Everton fans following the appointment of former Liverpool manager Rafa Benitez as manager at Goodison Park.

"Of course, football fans are overly passionate at times, the Merseyside rivalry is intense to say the least and this is the first time that anyone has managed both clubs. This appointment was always going to be controversial, and it was always going to encourage a fierce backlash from a vocal Everton fanbase.

"However, if we take the heat and emotion out of the decision, the more considered opinion of many around Everton Football Club is that it is an unnecessary appointment, there were other candidates who would not bring the level of scrutiny and pressure that this one undoubtedly will."