Heung-Min Son admits he is sad to be leaving Tottenham's battle for trophies to play at the Asian Cup.

The South Korea forward has been in tremendous form and scored his eighth goal in nine games as Spurs reclaimed second spot in the Premier League with a 3-0 New Year's Day win at Cardiff.

He leaves for international duty after Tottenham's Premier League game against Manchester United on January 13, and could miss up to five league and cup matches because of the tournament in the United Arab Emirates.

"Of course I feel very sorry because I miss already in September," said Son, referring to his involvement for South Korea at the Asian Games earlier in the season. 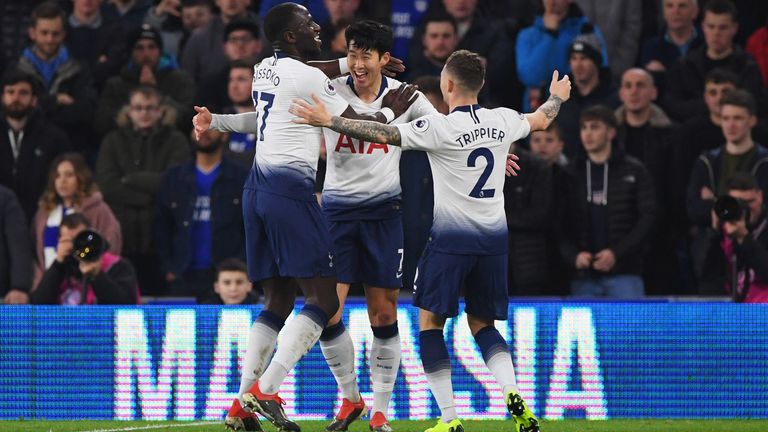 Highlights from Tottenham's win over Cardiff in the Premier League.

"I feel sorry for my team-mates, the fans and the coaching staff. It's difficult. Sometimes you think it's a bit sad, but it is also important for my country.

"I hope I can keep my form for the national team and when I come back here again as well."

South Korea are favourites for the Asian Cup and, if they reach the final in Abu Dhabi on February 1, Son could potentially miss Spurs' league games against Fulham, Watford and Newcastle, as well as the second leg of their Carabao Cup semi-final tie with Chelsea..

Tottenham's concern will be that Son was sluggish after he played at the Asian Games, a tournament which South Korea won.

It was only after a break from international duty in November that Son found the form which has seen him become one of the club's best players over the festive period.

"I was tired after the Asian Games because in that tournament it was playing after (every) two or three days," Son said.

"It is very important to be right mentally at the Asian Cup and to come back with a strong mind and be strong physically.

"It (November) was a turning point for me because I was tired and I didn't travel.

"It was good to have this time, some days off, and hard sessions with the team. But the Asian Cup is big for us because we have not won it for 59 years.