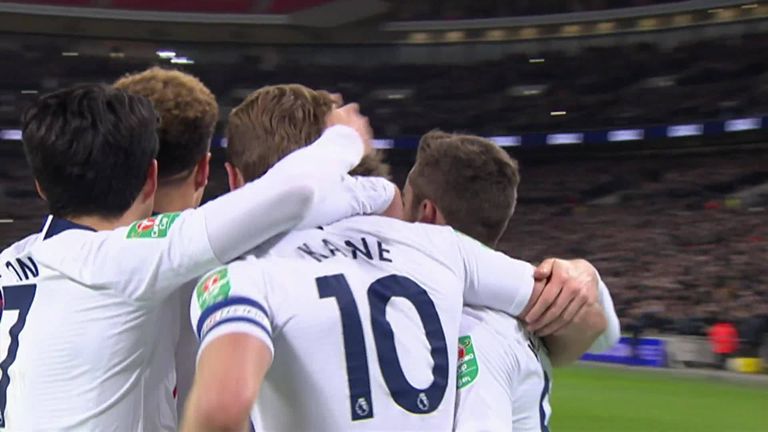 VAR had a huge part to play in Tottenham's opener in the Carabao Cup semi-final with Chelsea at Wembley. But was it the right call?

Harry Kane put Spurs ahead from the spot on Tuesday night after VAR official Chris Kavanagh had reviewed the build-up to the penalty appeal, without which the goal may never have happened.

The spot-kick was awarded when Kane was taken down by Chelsea goalkeeper Kepa, having been played in by a Toby Alderweireld through-ball. But referee Michael Oliver quickly referred the decision to VAR, to determine whether Kane had been onside when he received the ball.

The VAR replays clearly showed Kane's leading foot had been in line with last man Cesar Azpilicueta but were less definitive over whether his shoulder was ahead of the Chelsea defender. And the waters were muddied further when Chelsea released their analyst's offside line from a different angle that showed Kane's head to be offside.

Here, we collate all the noteworthy reaction....

Mauricio Pochettino: "I don't like it, today we got the benefit but watching the World Cup and La Liga - no one is happy. To get the benefit is nice but I'm not happy to win the game like this.

"I prefer the technology but in a different way and to be clear in the way we use it. I am pro-technology as you can't stop the evolution. When are you going to use it? I don't think it's clear - before we use it all clubs need to agree with ideas. If not it's going to be difficult.

"We still have six months to improve the system - there's a lot of work to do."

Maurizio Sarri: "I saw the video from our camera a few minutes ago, it was offside. Our camera was in line with Kane, and it was offside, but it's not important.

"With the head, it's offside. But it's not important. It was important that the linesman stopped the run, he didn't follow the ball, so he had a big influence on our defenders, and at the moment I think the English referees aren't able to use the system."

Harry Kane: "I played to the whistle. I ran through and it was a clear penalty. It was whether I was offside or not. I wasn't sure. VAR is there for a reason and I'm sure they've got it right."

Danny Murphy (speaking on The Debate): "Initially it looked like an offside and it looked like a penalty, but once that was cleared up the penalty was the right call. I think it's about speed of decisions, I thought it was a bit slow, we saw both quite quickly, it took a while to be transferred, and furthermore it's consistent. It's used for the correct things and not everything. I think the World Cup was a great example, although there was the old one or two, a great example of how it should be used." 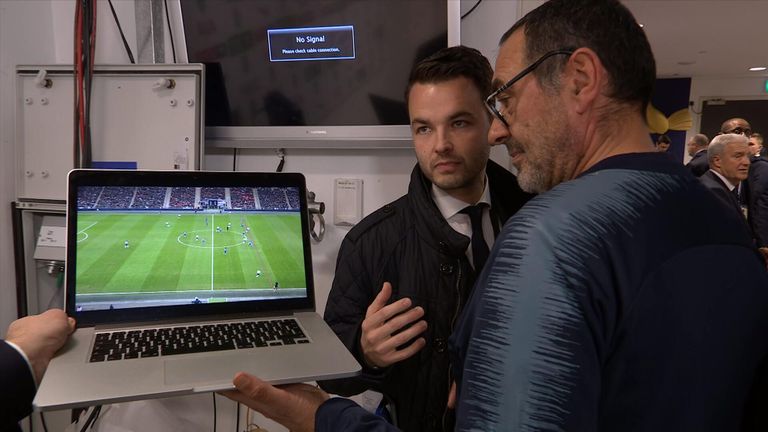 Robbie Keane (speaking on Sky Sports Football): "You have to give the benefit of the doubt to the attacking player. It should be the case. Kane played to the whistle. I understand when defenders put their hands up and stop but they wouldn't have caught him away. They were 10 yards behind Kane."

Joe Cole: (speaking on Sky Sports Football): "It's opened up a massive debate. VAR is supposed to take away the debate and make things clear cut. Each side will have their own opinions. There will be a few bumps in the road."

To view the VAR decision and make up your own mind, click play on the video at the top of the page.