Mauricio Pochettino says to try and find a replacement for Harry Kane in the transfer market would be a mistake and believes Tottenham have to find a "new star" from their academy.

Spurs look set to be without Kane for up to two months following an ankle injury and Pochettino has suggested they are not going to target the January transfer window for reinforcements.

There are some exciting striking prospects coming through the club's academy, with Kazaiah Sterling and Troy Parrott highly rated, and the Argentine says Spurs are more likely to find their next big-name striker within their own ranks.

"I think we have players that can cope with that place when it's not Harry Kane available and, of course, if we want to find a player similar to Harry Kane, I think we are going to make a mistake.

"To find another Harry Kane is impossible, because we are talking about the three, four, five best strikers in the world.

"We have the possibility to create our new star through the academy.

"Of course that is our objective - to try to create the new star of Tottenham. To find him here in our academy, would be the most exciting thing."

Pochettino has a track record of turning prospects into world-class players.

He added: "We look back four and a half years ago, we did not find here Harry Kane or Dele Alli as big stars.

"When we look back, and we compare with another big club in Europe, the two most important players in the squad were building here in Tottenham.

"How many clubs did the same as us in the last four or five years? That is massive. It is a massive thing to be satisfied about, for us and our fans. 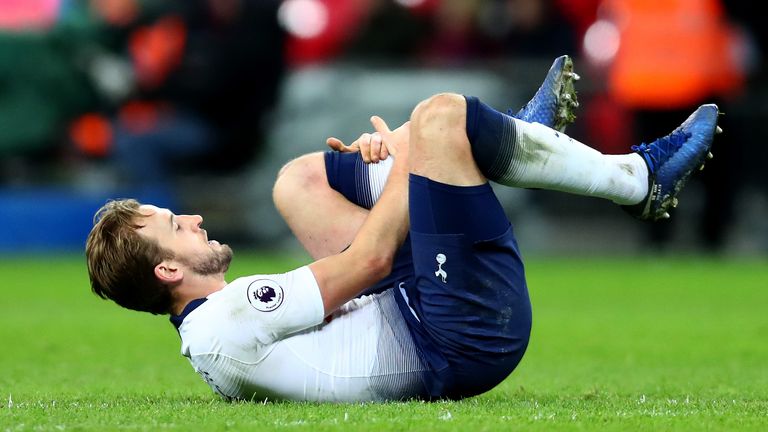 "We need time. It's about time. That is why our wish or our hope is the moment we finish the [new] stadium, we can pay the debt quickly and start to invest with these younger players who can be big stars of the future.

"That is the dream."