Mauricio Pochettino says Vincent Janssen is back in contention for first-team selection at Tottenham after failing to secure a move away in January.

Dutch international Janssen was signed from AZ in the summer of 2016 but his last Spurs appearance was over a year ago.

Janssen was not given a squad number by Tottenham in August having been out on loan at Fenerbahce last season.

He recovered from an ankle injury and was linked with a January move away from the London club, but that did not materialise.

With top scorer Harry Kane currently sidelined by injury, Janssen will now be given another chance to prove his worth. 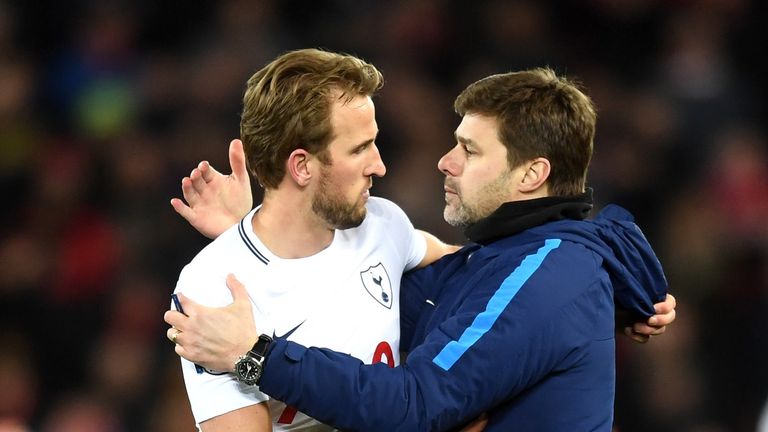 Mauricio Pochettino says he is happy with Harry Kane's progress as he recovers from an ankle injury, but offered no update on his return date.

Pochettino said: "We have two free places (in the squad), with Georges-Kevin N'Koudou going to Monaco and (Mousa) Dembele to China, and he (Janssen) is going to be on the list.

"We decided to send him on loan (last season) and then he was injured (at the start of this season).

"We tried to find a solution, because the player wanted to leave the club, and the club wanted to provide him another place to play football - but that was impossible.

"The most important thing now is to treat him as a person in the best way.

"He is a person and not a chair, or a sofa, or furniture, and he will be involved with the first team and try to do his best, and try to get fit and be competitive.