Harry Kane has scored 200 career goals for club and country

Harry Kane scored his 200th senior career goal during Tottenham's 2-1 defeat to Southampton on Saturday. It was a poor result for Spurs, but a remarkable milestone for their striker...

Kane brought up his 200 just four days after netting the winner against Borussia Dortmund to become Spurs' all-time top scorer in Europe - some eight years after scoring his first senior goal with Leyton Orient in League One.

The 25-year-old has also previously played for Millwall, Leicester and Norwich - but his ratio of 163 goals in 248 appearances for Spurs is narrowly more prolific than his 20 in 35 run-outs in an England shirt. 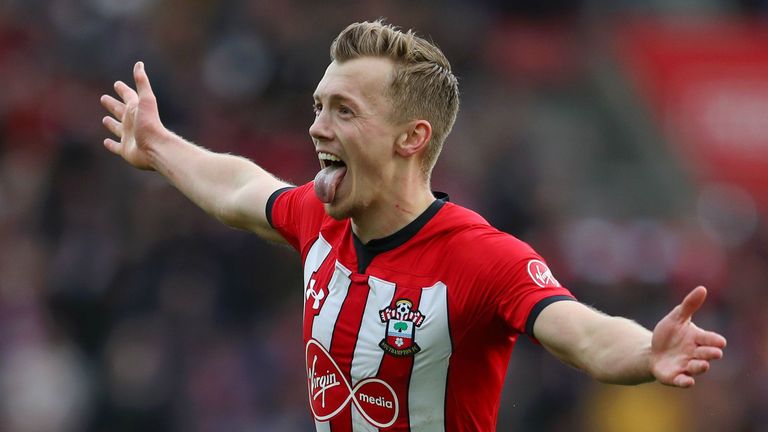 Watch highlights of Tottenham's 2-1 away defeat to Southampton

Last season proved to be his most prolific to date, netting 52 for club and country - including six at the World Cup in Russia to claim the Golden Boot.

That stellar season produced more than one goal per appearance, while his current ratio this term is actually his lowest in three years.

The 25-year-old has netted 124 goals with his favoured right boot, but has also found the back of the net with his left on 42 occasions and another 33 with his head - claiming a controversial goal with his shoulder against Stoke last year.

Incredibly, Kane has scored twice in 31 fixtures, finishing a game with a hat-trick on 11 occasions and hitting four past Leicester in May, 2017.

Proving he is far more than a goalmouth poacher, Kane has converted 25 of his 200 goals from outside the box, while 27 of his 175 from inside the area have been penalties - although only one has been struck direct from a free-kick.

In total, 119 of his goals have come in the second half compared with 80 during the first 45 minutes, but he has only scored once in extra-time - during Spurs' round-of-16 win against Hull in 2013.

Unsurprisingly, he is most prolific on a Saturday with 70 goals on that day since netting his first for Orient in 2011, but he has scored 55 on Sundays and boasts an impressive 30 on Tuesdays - including two hat-tricks.