Christian Eriksen will receive no hatred if he leaves Tottenham, says Darren Bent

Watch Denmark vs Republic of Ireland live on Sky Sports Main Event from 7.30pm on Friday

Former Tottenham striker Darren Bent believes Spurs fans would let Christian Eriksen go without "any stick" after the midfielder expressed his desire to "try something new".

Bent, who made 60 appearances for Tottenham between 2007 and 2009, says Eriksen has been dedicated to the club and deserves his move, with Real Madrid a possible destination for the Dane.

"No Spurs fan will look at Eriksen and give him any stick because he's been loyal to them and given them great service," Bent told Sky Sports News. "The fans will let him go with open arms.

"He'd be a big loss but he'd fit the mould for Real Madrid really well.

"I don't know how much they are planning on spending because they've already spent £200m and they'd have to spend another £80-100m to get Eriksen.

"He kind of put it out there that he'd like to leave to go to Real Madrid or Barcelona, but if he has to stay he will because of the backlash from the fans.

"He's 27 and he probably thinks that now is the right time to go."

The Dane has been at the club for six years since his £11m move from Ajax, but Bent does not think Tottenham will be forced to sell the player.

"It's not going to be a foregone conclusion that he'll leave Spurs, because I know how they operate, and if it doesn't make sense for the football club then he won't be going anywhere," Bent said.

"It's a catch-22. As a manager, you want to keep your best players at the football club but you've got to look ahead as well."

With Real Madrid potentially targeting Eriksen, Gareth Bale looks likely to depart the Bernabeu this summer after a turbulent time in Spain.

Bent, a former team-mate of Bale at Tottenham, believes he could return to his former club this summer. 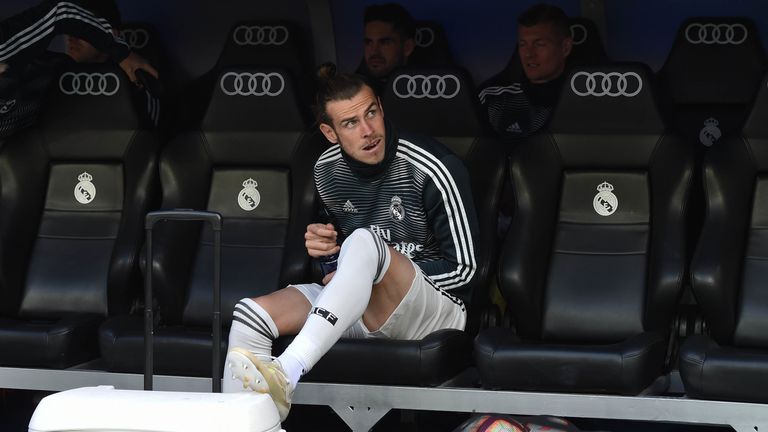 "You look at Spurs and he knows the club, they're going in the right direction, a new stadium, brilliant manager, young team."

"I can see him coming back [to England] but where is the difficulty," said Bent. "You look at Spurs and he knows the club, they're going in the right direction, a new stadium, brilliant manager, young team.

"He'll go to where suits him best and he'll have a number of options. When you look at the teams in the Premier League, it comes down to Tottenham and Manchester United."

Real Madrid have already agreed a deal for Chelsea forward Eden Hazard, with Bent labelling the Belgian as irreplaceable at Stamford Bridge - even without their transfer ban.

"It'll be sad to see him leave the Premier League but he deserves it," Bent said. "I don't know how they're going to replace him.

"It's even worse with this transfer ban, they've got Christian Pulisic in, but he's not the same calibre."

Chelsea have appealed their FIFA transfer ban to the Court of Arbitration for Sport which, if successful, would allow them to sign players and potentially replace Hazard.