Jose Mourinho exclusive: I am 'really happy' at Tottenham

By Gary Cotterill in Munich 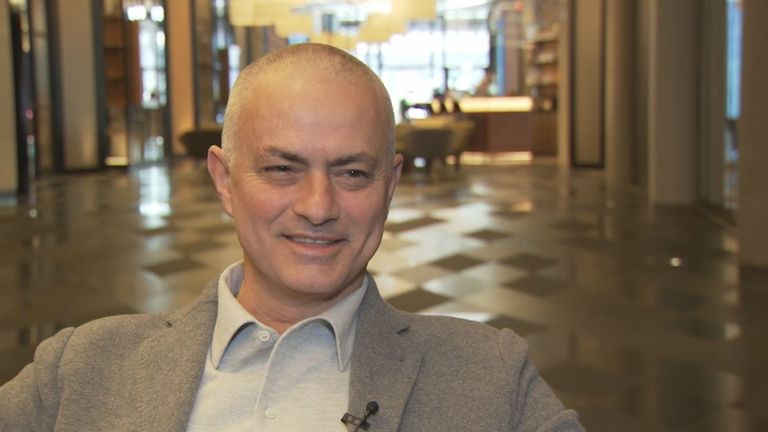 While Tottenham players, like others across the Premier League, enjoy a week or so of well-earned downtime, there's no winter break for their head coach.

Other managers and squads may be soaking in some February sunshine in locations such as Dubai and Marbella, but Jose Mourinho is busy targeting Champions League progression.

He braved the weekend's stormy weather to fly to Munich, to watch the top-of-the-table Bundesliga clash between Bayern Munich and RB Leipzig.

Spurs play Leipzig on February 19. It's about fine margins.

He could have watched the game on TV or relied on the video from his analysts but Mourinho says nothing can compare to being in the stadium.

The match finished in a 0-0 draw, but the trip was worth it for the Tottenham head coach.

"It's very important. I can see small details. Even the warm-ups. I can see what TV and video don't give me. To see the warm-ups and to see what the players do individually," he said.

Mourinho is happy to see the winter break but says he does not need a holiday personally.

He said: "The players needed some days off. For their body and soul they needed a rest. But not for me.

"I think the best way to try and help the team is to work."

In a newspaper column, Paul Merson suggested Mourinho is actually already regretting his decision to take over at Spurs after a positive start.

He believes Mourinho's early substitution of Jan Vertonghen - nine minutes into the second half of their FA Cup fourth-round replay win over Southampton - could signal a repeat of the player fall outs which punctuated his time at Manchester United.

Mourinho rejects the claim, insisting deep down he is "really happy" and he does in fact have a good relationship with his players.

"Contrary to some people who want to be in the news and tell things that are not true - I am really happy at the club," he said.

"You know me quite well, enough to know that I am really happy. Difficult? Yes, but if it was not difficult it wouldn't be for me.

"I like the players and who they are. I like very much the relationship I have with them. If you see a bad face from me it is because of a bad result. I cannot change myself.

"That's just me. The reality is that I am happy and I look forward to what is coming, and even more for what is coming next season. I want to start working with them in July."

Tottenham's players return to training on Wednesday to prepare for Leipzig and the Premier League visit to Aston Villa on Sunday.

John Terry will be in the opposing dugout and Mourinho is full of praise for his old Chelsea captain and talisman.

Mourinho likes that Terry did not try and become a manager straight away, rather starting as Dean Smith's assistant at Villa Park.

"Some players, unlike in the past when you needed to prove yourself to get a job, in this moment you get a job without proving anything," said Mourinho.

"So John could have chosen that way. Waiting for a big call. But he didn't choose that way.

"He went the difficult way but probably the more stable way, being an assistant. Going to the Championship. Coming to the Premier League.

"Taking time to reach what he wants to reach. It will arrive. So I am really proud of the way he is doing things."

Mourinho and Terry are in regular touch. He sent Terry a congratulatory text when Aston Villa reached this year's League Cup final.

"It's deja vu for him," says the man who won the trophy three times with Terry as his captain. 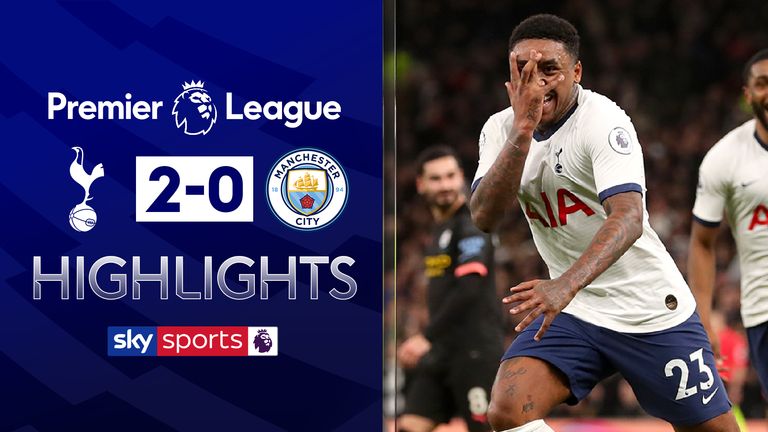 Mourinho returns to Stamford Bridge later this month. If results go Tottenham's way, his new team could mark the occasion by moving above Chelsea into the top four.

In fact, if the season had started when Mourinho took the Tottenham job in early November, Spurs would be fourth. Equal on points with Leicester and two behind Manchester City.

"We as a team in the last few weeks are showing a certain mentality. This season has been hard for them. Even before I arrived," he said.

"But the way the team has fought has made me even prouder of them. People like Son and Lucas going to their limits and giving absolutely everything. Injured players trying to give everything.

"The spirit is amazing."

For the busy weeks ahead, Jose has a new look. A down to business, ready for war ultra-short haircut. He likes it. Even though it was a mistake.

He said: "I fell asleep [in the barber's chair] and when I woke up it was so bad that I said to him 'bring the one'. Hopefully, it will grow back again."