Jones Knows: Back Erik Lamela to be shown first card in Newcastle vs Tottenham at 12/1

No Premier League player has made more fouls per-game since the restart than Tottenham's Erik Lamela - our tipster thinks a yellow card is due at 12/1.

With the end of what has been an extraordinary Premier League season poking its head over the horizon, many clubs with little to play for will be going through a self-reflection period. Much like the teams with their flip-flops on, I'm also looking in the mirror with a feeling akin to those in mid-table obscurity. As I sit here and write these words, the profit and loss of the column since it's inception in August stands at zero. Nothing lost. Nothing gained.

All those hours. All those months. All those bets. All that logic. And we are back to where we started almost a year ago.

Thankfully for wallet and reputation purposes, there is end-of-season profit to look forward too. Jamie Vardy (2pts at 16/1) has gleefully found his shooting boots again and hopefully can get over the line in the top goalscorer market to land a nice return, Norwich (1pt at 13/2) look certain to finish bottom, Manchester United (1pt at 5/1) are on the cusp of finishing in the top four and Leicester (1pt at 4/1) should be safe for a top six finish.

Remember, whatever I tip, I back. We're in this together, comrades. I've got a selection to attack on Wednesday.

1.5pts on Erik Lamela to be first player booked in Newcastle vs Tottenham (12/1 with Sky Bet) - bet here!

One thing you can guarantee with Jose Mourinho in charge is aggression. It might not be pretty at times but his teams remain a feisty proposition, especially out of possession. Since he took charge of Spurs in November, no team has received more yellow cards. Tactical fouls are encouraged - as are fierce challenges in midfield to break the opposition rhythm. 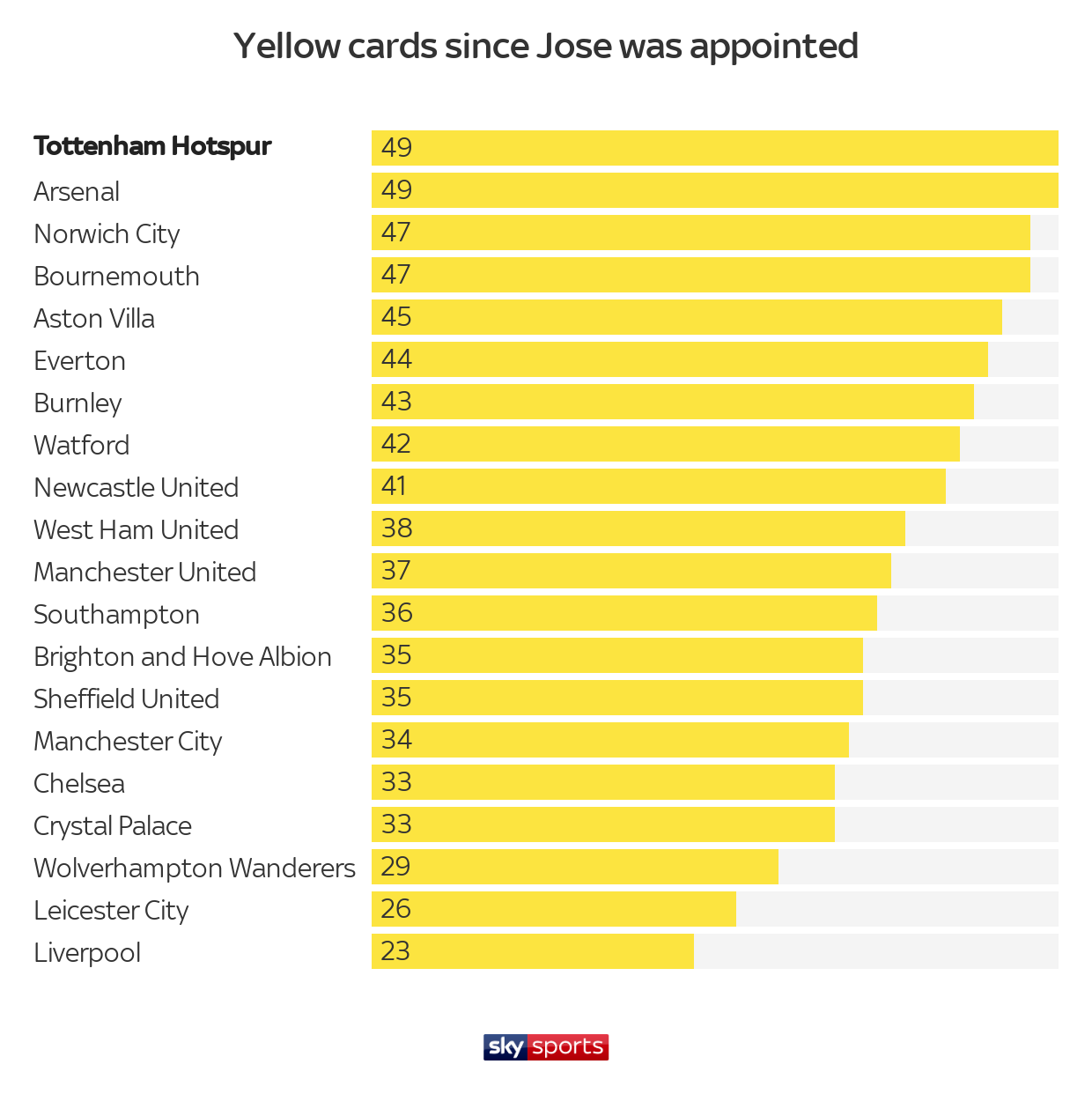 Erik Lamela has certainly bought into Mourinho's style, maybe not in terms of goals or creative play in the final third but certainly in the aggression stakes.

He has played like a man possessed without the ball since the restart, clearly motivated to make an impression in order to be part of the manager's plans going forward. When assessing Spurs players to have played more than 200 minutes since the restart, he ranks third for most tackles won per 90 minutes and second in terms of how many duels competed in.

One thing noticeable about Lamela's game is his lack of grace in the tackle or - to put it more bluntly - his nasty streak. No other player to have played more than 200 minutes since the restart in the Premier League has made more fouls than the Argentine, yet, he has somehow escaped a booking. 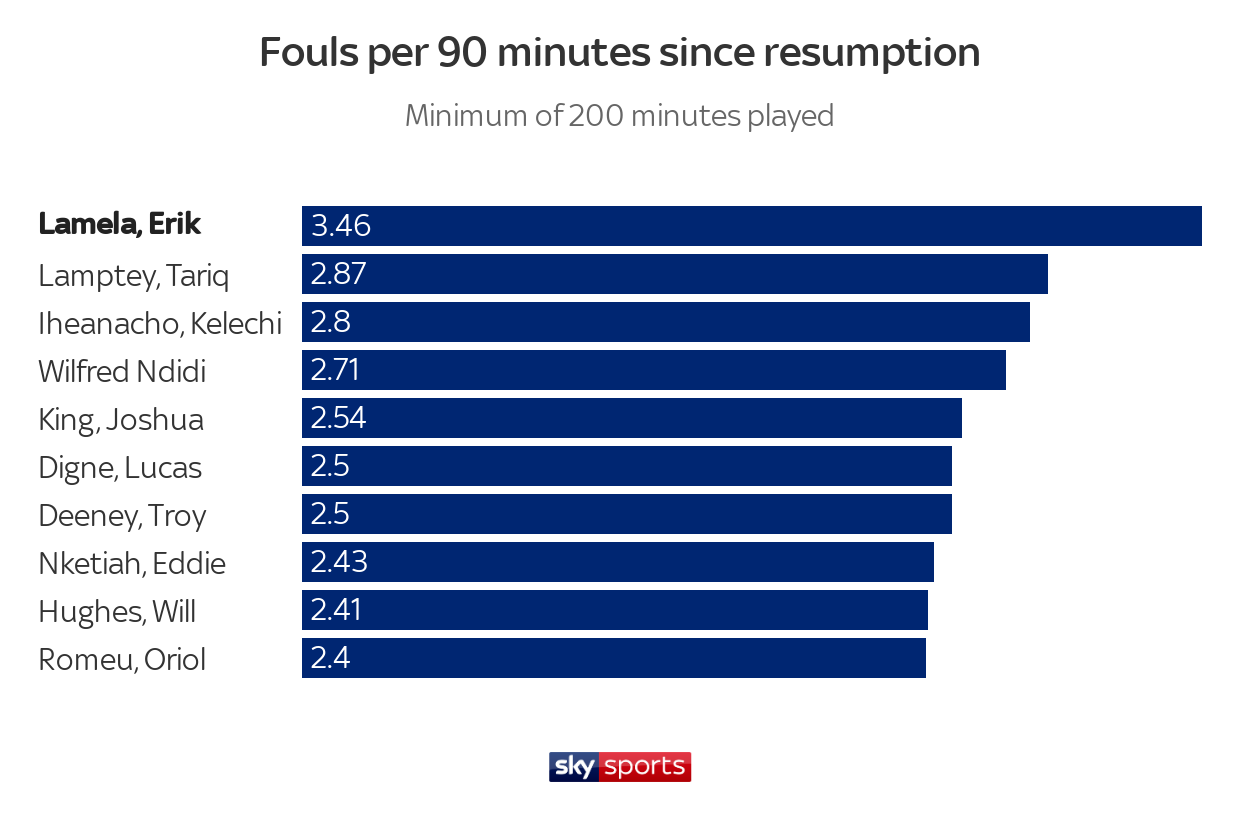 That surely can't go on for much longer if he continues playing with this intensity. The boosted 12/1 (from 9/1) for him to pick up the first booking is certainly worth some financial investment.

There will be a few among you that will be shouting at your device, fuelled with the opinion that Lamela didn't even start the previous match against Arsenal - and that is very much true. But Mourinho has rotated his front players since the resumption and Lamela was probably harshly dropped for the North London derby after being Spurs' most incisive player in the 0-0 draw with Bournemouth.

I'd be surprised if Mourinho doesn't freshen things up and start Lamela - and if he doesn't then the bet will be void, that includes coming on from the bench after the first yellow is awarded.

In his current intense mood, Lamela's sixth booking is just around the corner.

Let's hope our timing is better than his.