Heung-Min Son: Jose Mourinho says Tottenham forward 'out for a while' with hamstring injury 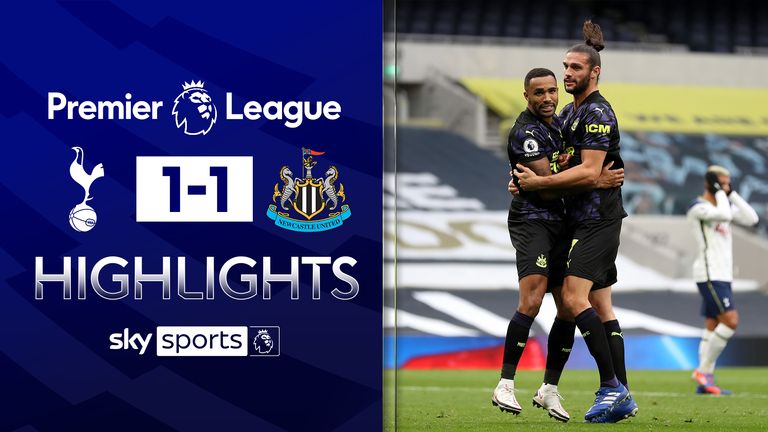 FREE TO WATCH: Highlights from Tottenham's draw with Newcastle in the Premier League

Heung-Min Son will be "out for a while" after suffering a hamstring injury in Tottenham's 1-1 draw against Newcastle, says Jose Mourinho.

Son was substituted for Steven Bergwijn at half-time during Sunday's game, after hitting the woodwork twice in the first 45 minutes.

"It's an injury. We'll have him out for a while. It's his hamstring," Mourinho said after the game.

He is also likely to be out for the Europa League play-off against Maccabi Haifa on Thursday and Sunday's Premier League clash with Manchester United at Old Trafford, live on Sky Sports.

Jamie Carragher has slammed the handball rules after Newcastle equalised with a controversial late penalty against a dominant Tottenham.

The decision came despite Dier's back being turned and Carroll's header being from close range. It follows another highly controversial handball decision in Crystal Palace's defeat to Everton on Saturday.