Heung-Min Son headed home from Harry Kane's flick-on to give Tottenham a 1-0 win over Burnley on Monday Night Football; The pair have now combined for nine goals in the Premier League this season and 29 in total

For 76 minutes at Turf Moor, Burnley did a fine job of keeping Harry Kane and Heung-Min Son quiet.

Kane, unplayable when dropping into midfield for much of this season, was closely marked every time he received the ball, meaning Son was largely starved of service as a result. It seemed Sean Dyche had figured out how to stifle Spurs.

But even on a night when the pair were rarely able to combine in open play, they still found a way to goal in the end.

After Kane flicked Erik Lamela's corner into the six-yard box with just under a quarter of an hour to go, there was Son, ready to take advantage and direct his header into the roof of the net. 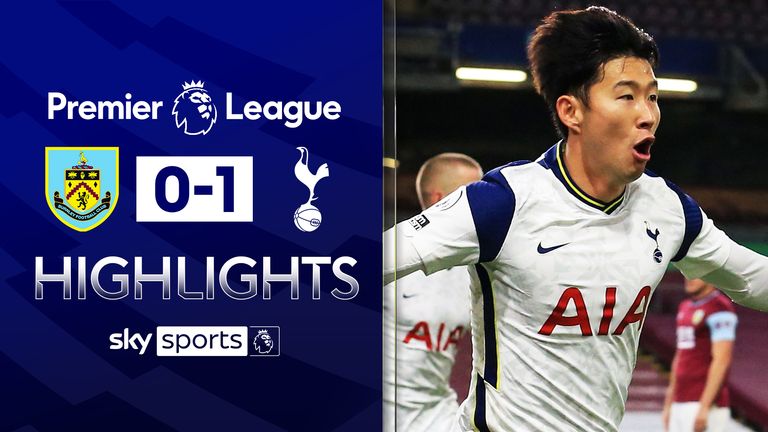 FREE TO WATCH: Highlights from Tottenham's win against Burnley

The goal sealed a valuable victory for Spurs and further highlighted the seemingly telepathic understanding between Kane and Son. The latter's grin when he realised it was the former who had set him up underlined the fine relationship between them.

Kane has set up eight of Son's seven goals. In total, he has now provided as many assists (eight) as he managed in the previous three seasons combined. Son, meanwhile, only needs three more goals to match his tally for the whole of the last campaign.

The numbers are remarkable, but Kane and Son's understanding is nothing new. In fact, they have now combined for 29 goals in the Premier League, putting them behind only Didier Drogba and Frank Lampard in the history of the competition and level with David Silva and Sergio Aguero as well as Robert Pires and Thierry Henry.

At this rate, you wouldn't bet against them overhauling Drogba and Lampard's record before the season is out. The Kane and Son show is proving difficult for the rest to stop.

It owes a lot to Kane's special understanding of the game, according to Sky Sports pundit Jamie Carragher. As well as adding creativity to his game, the 27-year-old knows exactly where to position himself on the pitch.

That applies to the defensive side of the game too. Shortly before he provided the winning goal, Kane even had the presence of mind to drop onto the Spurs goal line from a Burnley corner and prevent James Tarkowski from heading the hosts in front.

"Harry Kane is one of the brightest footballers in the game in terms of understanding the game," said Carragher.

"It's awareness," he added, when analysing the vital clearance. "'I can't affect the ball in the air, but I can drop in.'

"The position Harry Kane's in, as soon as the ball goes over him, it's brilliant, that understanding and awareness.

"I think a lot of frustration for managers when dealing with players is around their understanding of the game.

"When they give them instructions, they don't actually understand what they are supposed to be doing.

"But Kane's the type of guy where you tell him once and it's done." 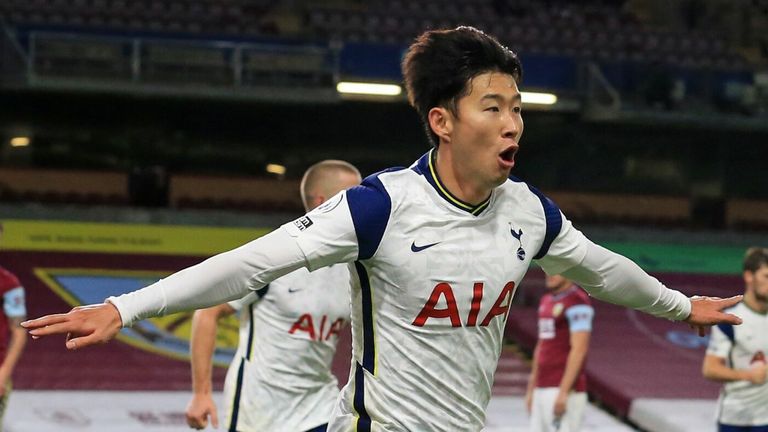 It's not just Kane who has taken his game to another level this season, of course. Son's eighth goal of the campaign put him clear of Dominic Calvert-Lewin at the top of the scoring charts and, according to Gary Neville, it reflects his stature as a world-class player.

"I think Mourinho was asked a question last week about when Son becomes world-class and he said he's already there," said Neville. "I would absolutely agree.

"He is an absolutely amazing player. He is a nightmare to play against and he makes all of the right runs.

"We talk about Raheem Sterling, Sadio Mane and Mohamed Salah regularly, but Son is of that quality. If he was playing for Liverpool or Manchester City, he would be doing what those lads are doing. He is absolutely outstanding.

"I think every team in the world would take Son. There isn't a team in Europe or in the Premier League that wouldn't take him." 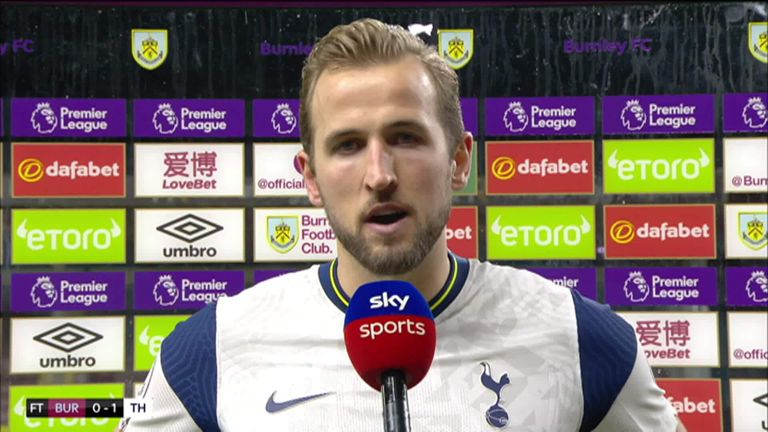 Harry Kane was delighted to provide another assist

Kane, meanwhile, was delighted that his flick-on fell to the right man.

"When things are going your way a little bit, the ball tends to fall to the right people and Son is on fine form at the moment," he told Sky Sports. "We're lucky it fell for him and he put it away."

Asked how he explains their extraordinary tally of goal combinations this season, Kane added: "When I've dropped deeper this season the wide players have been running in behind and that has given me space to get my head up and play those passes through. Maybe we haven't been doing that in recent years.

"The confidence is high, and everyone knows if I get that ball and turn, they have a chance of getting through on goal. We're going with the flow and it was an important win tonight at a tough place to come."

Mourinho: No jealousy between Kane and Son Jose Mourinho was similarly pleased, insisting that much of the credit for Kane and Son's relationship should go to his Spurs predecessor, Mauricio Pochettino.

"I think it's an understanding that comes from Mauricio's time. I don't want all the credit for myself, let's share it with Mauricio, because they played together for quite a long time, probably in a different way.

"Now, Harry is probably not always the No 9 because he gets into some areas that allow Son to also get into different areas.

"So, credit to them, two great boys."