Harry Kane, who is reportedly attracting attention from Manchester United, City and Real Madrid, wants to keep his full attention on leading England to their first piece of silverware since the 1966 World Cup win at this summer's Euros; Tottenham striker set to start against Albania

England captain Harry Kane says he will decide his Tottenham future after this summer's Euros.

The Spurs striker, who is reportedly attracting interest from Manchester United, City and Real Madrid, wants to keep his full attention on leading England to their first piece of silverware since the 1966 World Cup win.

Kane will be hoping to win his first major trophy against City in this season's Carabao Cup final, and Spurs still have work to do in the Premier League, as they currently sit three points outside the top four.

Spurs' success in the final phase of the season could have a bearing on the 27-year-old's future, but Kane says he will wait until the conclusion of the Euros before making his plans clear.

"I think that's a hard question to answer right now," Kane said when asked if the speculation around his future will impact his performances.

"It's important that all my focus is on the two England games coming up now and the rest of the season with Spurs and then the Euros. To be thinking about speculation or rumours would be damaging in terms of my own performance.

"I always like to be focused on one goal and one job and that's to finish strong with Spurs, win these qualifiers with England and hopefully go on and have a great Euros. Look, I try to stay out of that speculation as much as possible.

"I'm fully focussed on doing the job on the pitch from now until the end of the summer, and then we'll see where we go from there." 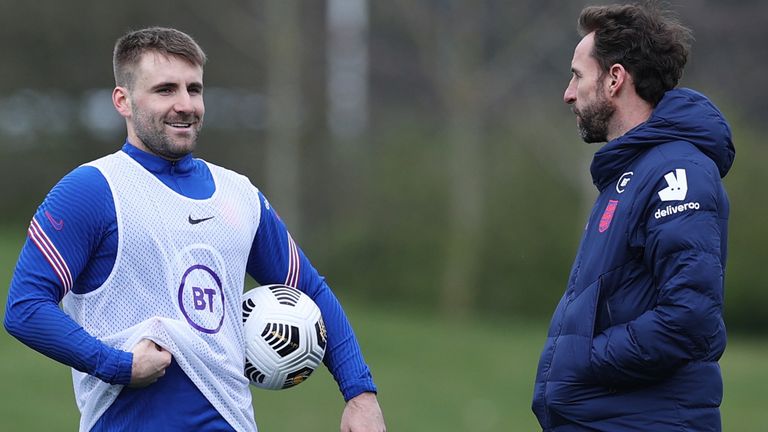 Kane, Harry Maguire, Declan Rice and Luke Shaw are set to start return for England against Albania on Sunday, with Nick Pope to continue in goal.

Kane was rested for England's 5-0 win against San Marino on Thursday. He has scored 27 times in all competitions this season and was top scorer at the 2018 World Cup finals in Russia. 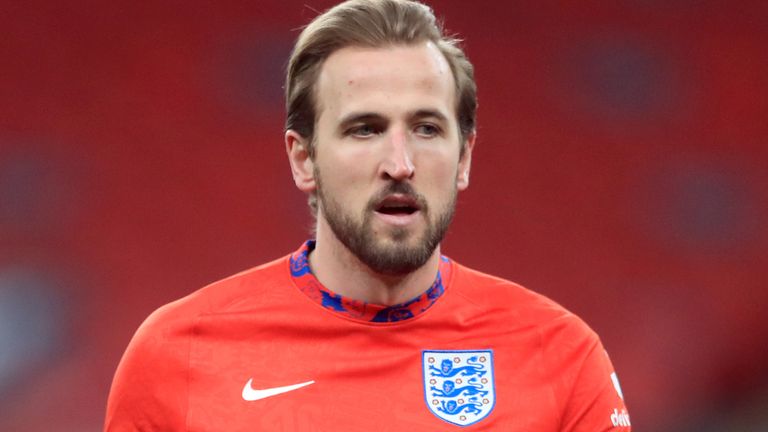 "There is a lot of speculation seeming to suggest that because he hasn't won anything at Tottenham [and] he is now 27, maybe he feels this summer would be the perfect time for him to leave Spurs and move to another club where he may be able to win more trophies.

"Now, the facts of this situation are that he has never said he wants to leave Spurs.

"He has more than three years left on his Spurs contract and because of the pandemic I think it would be virtually impossible for anyone to be able to afford to sign him this summer.

"Don't forget that Spurs are in the League Cup final so he could win a trophy against Manchester City next month and they are only three points off a Champions League place."

'Is love enough to keep Kane in north London?'

"Tottenham are under no pressure to sell - Kane has over three years left on his contract. A potential departure appears to come down to two things. A club coming in with an astronomical offer and Kane asking to go. If that was to happen, what will Tottenham do? Keep a player who doesn't want to be there? Or cash in?

"Kane is 28 in July. These are the peak years of his career. And for all the goals, a major piece of silverware has so far eluded him. A chance to change that is upcoming - the League Cup final next month against Manchester City. Would winning that be enough to convince Kane the club is "progressing" in the way he wants. Or would it represent a parting gift?

Read more on the Premier League race for a number nine here.

Former Arsenal striker Henry announced he was disabling his social media accounts this week because of the "toxic" atmosphere that has been allowed to manifest on these platforms due to the lack of action taken against racist abuse and bullying behaviour. 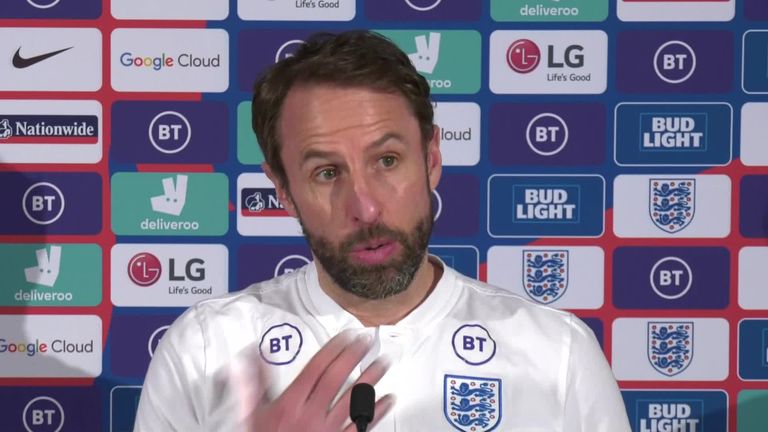 Southgate says England's attacking options at his disposal, despite the absence of injured pair Marcus Rashford and Bukayo Saka, provide him with plenty of encouragement

Southgate says he made "a conscious decision to come off social media" when he became England U21 boss in 2013 because "I didn't want to be reading the sorts of messages that I knew would be landing in my box".

The England boss has concerns about the impact these negative interactions are having on players, but ruled out banning his squad from using social media at this summer's European Championships.

Asked about Henry's decision to come off social media, Southgate said: "It seems that the companies in charge don't seem to be controlling it at the moment, and therefore I can totally understand when people choose to come off those platforms.

"I think it's something for all players, and all high-profile people who may receive that kind of negative attention to think about. It's not just high-profiled people, there'll be young kids who are getting bullied online.

"It's something for everyone to think about: do you want to put yourself in that situation?"