Aston Villa manager Dean Smith says Ross Barkley has had a big impact on the club's dressing room following his arrival from Chelsea on loan.

Barkley scored an injury-time winner to keep up Villa's 100 per cent record in the Premier League against Leicester last weekend, his second goal in two games.

Smith says the rest of the Villa players have been lifted by the fact he was able to bring in a player who has experience at Champions League and international level.

"He has made a big impact, even just in the dressing room. That fact that we have been able to entice that calibre of player into the club has gone down well in the dressing room, with our staff and fans as well," Smith said ahead of Friday's game against Leeds. 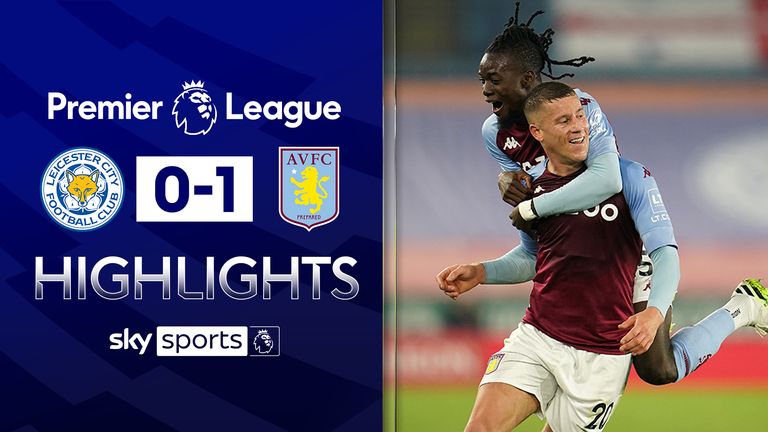 FREE TO WATCH: Highlights from Aston Villa's win over Leicester in the Premier League

"He is a top player who has been in and amongst the Champions League in the last three or four years and has been a regular starter for England. His job now is to do well with Villa."

When asked about the possibility of a permanent deal for Barkley, Smith replied: "It's nothing that has been talked about, our discussions were only for the end of the season."

Barkley, who turns 27 in December, has not featured for Gareth Southgate's England squad for more than a year since scoring twice in the 6-0 win over Bulgaria.

"I'm sure Gareth Southgate will be watching and will be quite pleased he is playing regularly in the Premier League," Smith continued.

"That is what he felt he needed to do to get re-noticed. We are giving him the platform to do that."

Ollie Watkins is back to full fitness after suffering a knock, while fellow forward Keinan Davies is expected to be back available for selection for Friday's game against Leeds.