Ciaran Clark has revealed that Steve Bruce convinced him to stay at Newcastle in the summer after he considered leaving the club.

The defender has scored in his last two Premier League games - including the winner against Bournemouth on Saturday - and may feature for the Republic of Ireland against New Zealand on Thursday, live on Sky Sports.

Clark, 30, was called up for the first time in over a year as Mick McCarthy named his finalised squad last week, and will also hope to feature in Monday's crucial European Qualifier against Denmark.

He has had to wait for his chance under Bruce in the Premier League this season but has now started Newcastle's last four games - helping his side lose just once, a 1-0 defeat to Chelsea - and move up to 13th in the table.

However, Clark told reporters that he "thought about" leaving Newcastle in the summer when Bruce took charge, only for the former Sheffield Wednesday boss to convince him to stay at St. James' Park. 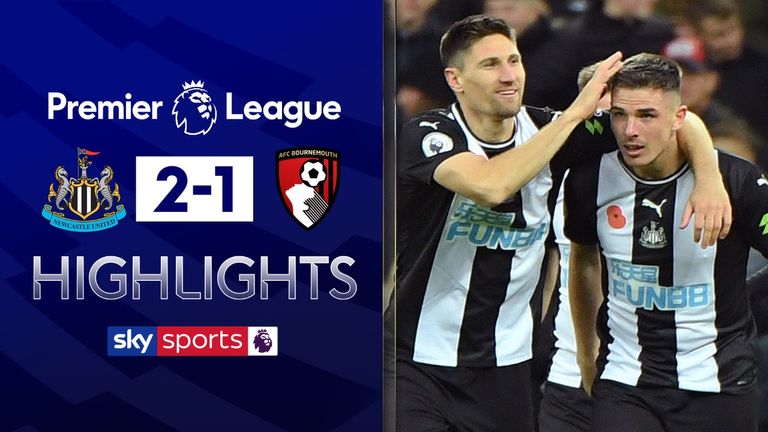 FREE TO WATCH: Highlights from Newcastle's win against Bournemouth

"He wanted a chance to look at everyone in the squad, I had a chat with him, explained my situation and how I wanted to be playing games. I had a few years of being in and out of the team, it was hit and miss and I wanted to play football.

"He [Bruce] said to see how the first part of the season went and we'd assess it in January. He was fair with me, it was down to me to keep working hard and training and doing all I could to get back into the team and I've done that.

"It's been a while since I was in the Ireland squad, I knew if I wasn't playing games regularly I wouldn't get a call.

"My aim was to get into the Newcastle team and stay there, if I did that I knew it would have a chance of getting me into the squad here, which I managed to do."