"Have a second thought about fair publicity and give all players an equal chance." 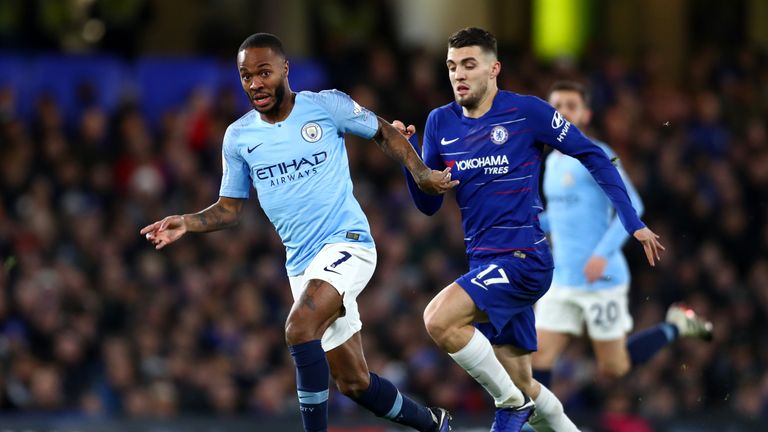 Raheem Sterling has accused newspapers of "fuelling racism" with their portrayal of young black footballers.

Chelsea and the Metropolitan Police are investigating the incident which took place in the first half as Sterling retrieved the ball from behind the goal line.

In a lengthy Instagram post, Sterling said he "just had to laugh" at the events because he "expects no better", before calling for "fair publicity" and equal treatment for all players.

Alongside that, Sterling further illustrated his point by using two images of articles in the same paper written about club-mates Tosin Adarabioyo and Phil Foden purchasing houses for their mothers.

The headline referring to Adarabioyo, 21, on loan at West Brom, says the defender bought a £2.25m mansion, "despite having never started a Premier League match".

Whereas, "Manchester City starlet" Foden was said to have bought a "new £2m home for his mum".

The post read: "I just want to say, I am not normally the person to talk a lot but when I think I need my point to be heard I will speak up.

"Regarding what was said at the Chelsea game as you can see by my reaction I just had to laugh because I don't expect no better.

"For example, you have two young players starting out their careers, both play for the same team, both have done the right thing. Which is buy a new house for their mothers, who have put in a lot of time and love into helping them get where they are.

"But look how the newspapers get their message across for the young black player and young white player.

"I think this is unacceptable. Both [are] innocent, have not done a thing wrong, but just by the way it has been worded this young black kid is looked at in a bad light.

"[What] helps fuel racism is aggressive behaviour, so for all of the newspapers that don't understand why people are racist in this day and age, all I have to say is have a second thought about fair publicity and give all players an equal chance."