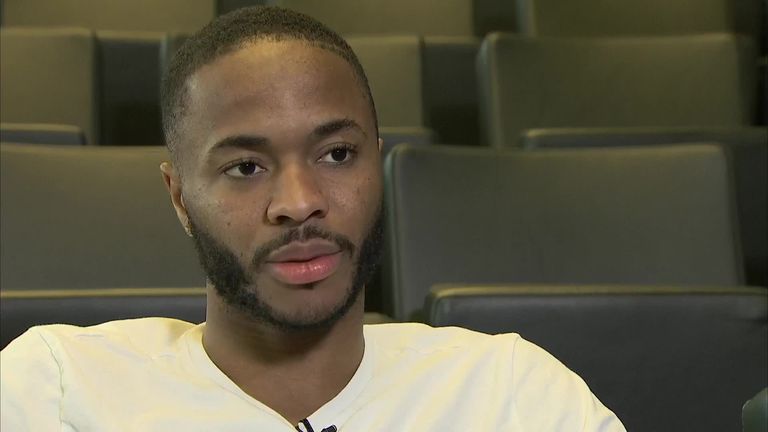 Raheem Sterling says he felt more pressure when he was in the title race with Liverpool than he does with Manchester City.

During the 2013/14 season following his breakthrough in a red shirt, Sterling found himself as a key component in Liverpool's title charge under Brendan Rodgers, which came undone in the final weeks of the campaign.

Comparing the failed title tilt of five years ago to his successful run last season, Sterling admits the pressure felt was higher during his time on Merseyside.

"When I was there I did feel a lot more pressure than when I'm here, with matchdays and the fans. I think that they get to us a little bit. We were in control and we had the opportunity to see it through but we didn't do that.

"Here we're completely focused on each game and trying to win each game as it comes. It's a complete different scenario from last year - last year we were a bit more comfortable towards this point of the season.

"They've been playing some good football at times but we're confident in ourselves and we've got the belief.

"This year it's a complete turnaround and we're the ones who are chasing. It's really close at the moment but I have full belief in the squad."

Just one point separates the two teams at the Premier League summit, with Liverpool leading the way and 10 games left to play.

Unlike last season when City ran away with the title and achieved a record points haul in the process, Sterling admits confidence is still rife despite Pep Guardiola's team acting as the chasing party.

"We're confident in ourselves and we've got the belief and the attitude and the work-rate that we need. We're completely focused on the job and not who we're up against but who we've got next - that's all that matters."