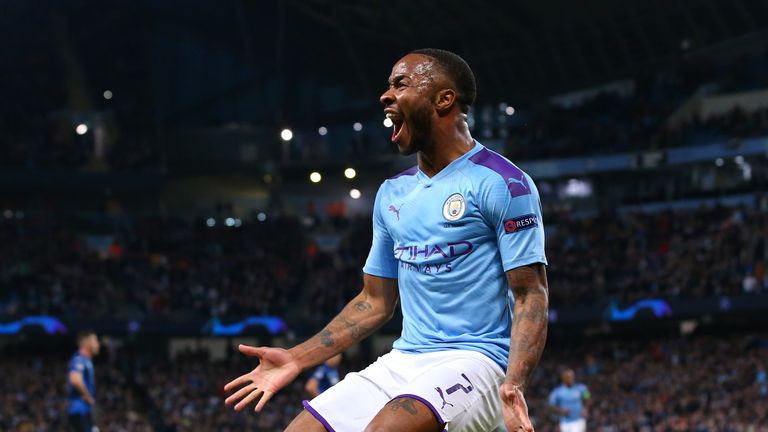 The 24-year-old's treble took his tally to 16 goals in 17 games for club and country this season, with 10 assists also contributed.

"All the credit is for him," Guardiola said. "He's a guy whose physicality is incredible, he is so strong.

"A day after a game, he could play another game. His regeneration is incredible.

"He can play both sides, he's fast and defensively he helps us a lot. He is an extraordinary player."

City's victory maintained their 100 per cent record in the competition and put them within touching distance of the last 16 as they moved five points clear at the top of Group C.

There were downsides with Rodri being forced off injured before half-time, and Phil Foden sent off late on and after being booked twice in the space of seven minutes.

"We don't know about Rodri yet," Guardiola said. "I think (Wednesday) we'll know, hopefully it will be around 10 days if (his hamstring) is not broken. If it is broken, he'll be out three weeks to a month. It looks like a hamstring injury."

"For Phil what is important is not the red card but how he played," Guardiola added. "He played a high level, he is an incredible player."

City can secure their place in the knockout stages when they travel to Italy to face Atalanta next month.

A further complication for Guardiola in an otherwise routine victory was the late dismissal of youngster Foden after a second yellow card.

"Ask the referee whether the red card was harsh, I'm not a referee. He told me not to talk so much because he wanted to show me a yellow card, so I didn't say anything else. They use their power well!

"Manchester City absolutely does not fine players when they get a red card. Absolutely not. Red cards are part of the game.

"The important thing about Phil today wasn't the red card, it was the way he played, the incredible player he is.

"He will know after having one yellow card that you need to be a bit more careful. People say he has to play more minutes - yes, I want him to play but there are things where he's far away from Gundogan and De Bruyne.

"He has to live through these kinds of situation so he can understand being careful on a yellow. That's what experience means, and this is going to help him. Maybe I have to pay him, for how well he played."

Courtesy of their victory, their third in as many group games, City are already on the verge of qualifying for the next round of the Champions League.