Kyle Walker exclusive: Man City can beat anyone in the world as historic treble chance looms

It's easy to forget in the midst of Liverpool's first title in 30 years, and a vital CAS verdict, that Manchester City are six games away from a historic treble.

That feat would include a Champions League crown they've craved since their 2008 takeover. It's the long-overdue missing piece of a trophy-laden jigsaw, and this feels like their best chance so far of taking Europe.

City are 2-1 up going into their home Champions League last-16 second leg with Real Madrid on August 7 - progression would see them take part in a mini-knockout tournament in Lisbon for the quarters, semi-final and final - while a second FA Cup final in a row will be around the corner if they get past Arsenal on Saturday.

City aren't on the beach or even conserving energy for what could be the most important period of their history. They've scored 25 goals in eight games since football restarted in mid-June, and despite slipping up at Chelsea and Southampton, they've looked devastating. For Kyle Walker, it's about momentum, and the City right-back feels they are in a place where can beat anyone in the world.

"We've come back and hit the ground running," he tells Sky Sports. "I think the momentum is on our side, we've got the rhythm, players are looking sharp, feeling great, and hopefully we can just continue this great form we're on and take it into the competitions we want to win.

"We all believe in ourselves, we all believe in the manager, his philosophy, his way of playing. I feel on our day we can beat anyone in world football. It's going to be a very exciting six weeks. In my first season I picked up three trophies here, and in my second season I picked up four. Obviously we're just missing the Champions League, that's the only one I haven't got. 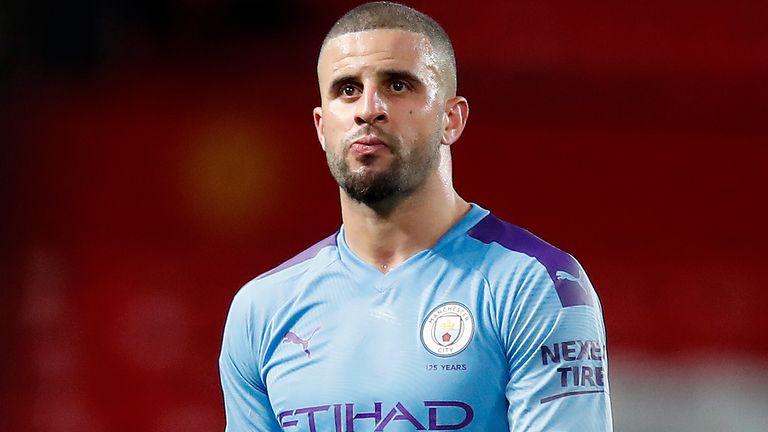 "Missing out on the Premier League was a big blow for us as a team, but you have to take your hats off to Liverpool, they played fantastically well throughout the season and deserved it, so fair play to them. But hopefully now we can go and do what they did last year by winning the Champions League, and put all our eggs into that basket now."

City have not been shy about their lust for a Champions League crown, particularly since the arrival of two-time winner Pep Guardiola in 2017, but dominance has been restricted to domestic competition so far.

Winning a treble, even without a Premier League title, wouldn't be a case of settling for second best. For Walker, it would at the very least match their previous two seasons, where they accumulated seven trophies.

"I think it would come on par. I think last year gets really overlooked in terms of what we've achieved. Our first season we got 100 points, and that was: 'Oh my gosh', but to kind of conquer England last year, take everything, we thought that was a massive achievement for the team and where we've come from. To win it back-to-back, something a team hadn't done for many years.

"But I think if we win the Champions League it would be right among that, because it's something I feel this club needs to step up again into the right direction. We've proved we can be Premier League winners, but one thing missing is the Champions League, and that's one thing us as players want, and definitely what the manager wants again. 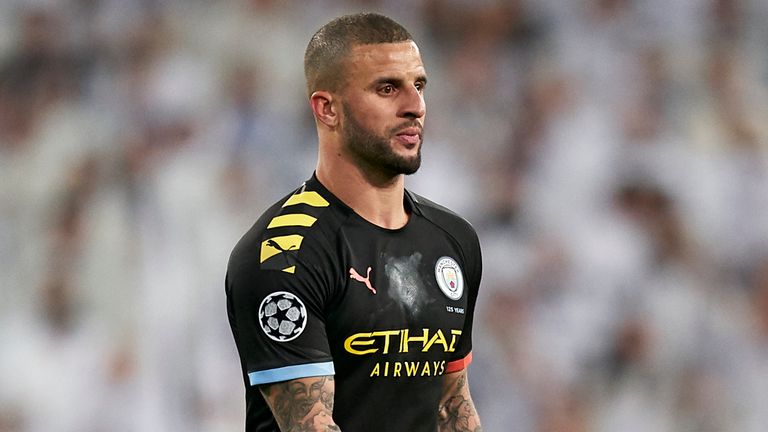 We've proved we can be Premier League winners, but one thing missing is the Champions League

"It's strange because when I first signed here and someone would have asked me what do you want… the Premier League or Champions League? And for me it was the Premier League. Obviously it's all I've grown up watching. But now I've got that, and have two of them, which I'm fortunate to have, I do really want this.

"I do think for some of the players in there, it's to kind of finish their career - the likes of David Silva, Fernandinho - and not have picked up a Champions League, for the types of players they are, I think that's the least we can do and we owe it to them. And as well we owe it to this club, which has supported each and every player to achieve what they wanted to achieve. For the club I think it's what they need as well."

City were celebrating off the pitch this week as CAS lifted their two-year ban from European competition, ending a long period of uncertainty at the club.

Walker believes the right decision was made, and insists City deserve to be competing among Europe's elite.

"Obviously the news is what we all want, and what we all deserve, because this club has worked hard, especially us as players, to get to where we are. I think the right decision has been made, but we've just had to concentrate on football, do what we do on the pitch, and let people who are a bit higher up than us deal with the legal side of it.

"It's what we deserve. I think the players in the changing room are world-class, and we want to be competing at the very highest level, which is the Champions League."

City pipped Liverpool by a single point last season, but this season, Liverpool's victory was anything but tight. The gap is currently at 21, down slightly from before the restart, but for Walker, it's about reducing that gap. That continues against Bournemouth at the Etihad, live on Sky Sports Premier League on Wednesday at 6pm.

"This year was always going to be tough, and I felt in some games we've just thrown points away. No disrespect to the likes of Norwich, but we shouldn't really be going down there and losing. But we will come back stronger, we're hungry to not just sit on what we've done, we want to build on that.

"You have to show your appreciation for what Liverpool have achieved this year, and the way they've done it; they're not just three or six points clear, they're a lot of points clear of us, and that just shows they are deserved winners.

"Since then, it's about being professional; they've won the league, but let's not make the gap silly. Let's try and close the gap down."