Sterling has been linked with a move away from the Premier League champions after finding himself on the bench on a number of occasions towards the back end of the 2020-21 campaign, including Champions League quarter-final and semi-final ties

Raheem Sterling has admitted he was "not happy" with his lack of playing time at Manchester City last season.

The England forward has been linked with a move away from the Premier League champions after finding himself on the bench on a number of occasions towards the back end of the 2020-21 campaign, including Champions League quarter-final and semi-final ties.

But the 26-year-old has been a key figure for England in their opening two games of the European Championship, scoring the winning goal against Croatia last week. 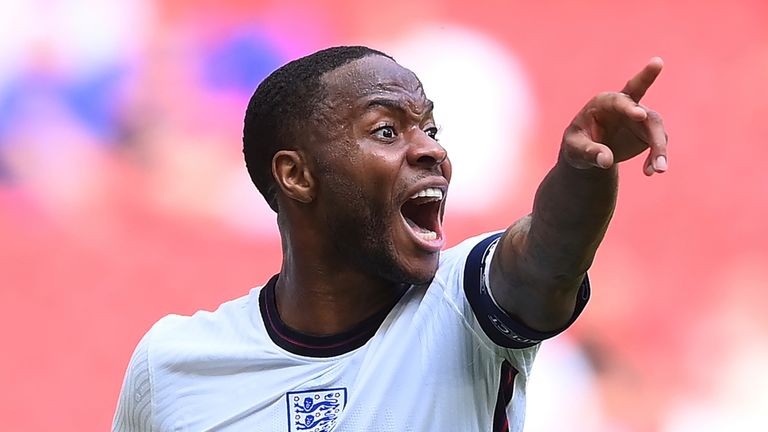 Sterling puts his form down to doing what he loves best.

"It is just happiness, just being happy, enjoying my football and that is what I am doing being here with the national team," he said.

"If you're not playing, you're not happy. That's me, that's been me since I was a kid, if I'm playing football I am really happy, if I'm not I'm not happy."

Sterling was part of the England team that laboured to a goalless draw against Scotland on Friday - a performance that drew boos from the Wembley crowd at the end of the match and heavy criticism from elsewhere.

The City forward believes there has been a "panic" from outside the camp and insists his squad know not to listen to the outside noise.

"I do feel there's a bit of an overreaction on the whole in terms of I don't know if it's… I just feel there's more of a panic on the outside than inside the building," he said.

"The players who have been at a few tournaments, who have huge experience, try to help the other ones.

"I don't see anyone in the camp that feels any pressure or feels hard done by. As much as we can inside the building the best thing we can do is focus on the training field, focus on what's being doing inside.

"We really shouldn't be looking what's the papers are saying, what pundits are saying.

"That's something we need to take for the rest of this tournament, the more you listen to outside noise, the more it can affect you.

"If you're not really looking into that the better it is for you as an individual and as a collective as well. 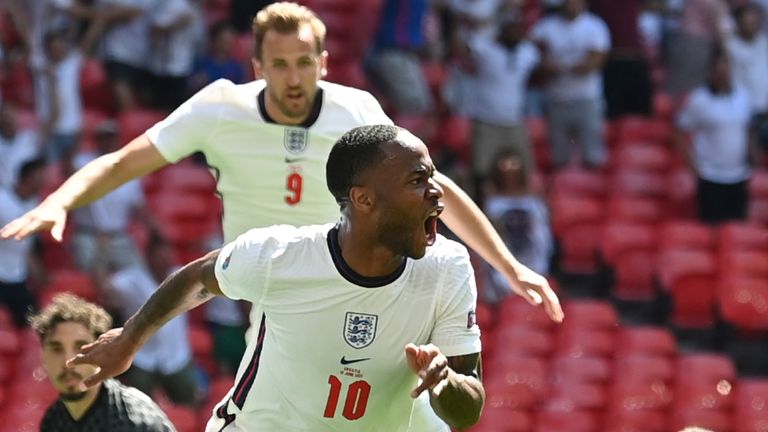 Raheem Sterling says he is keen to add to his tally after scoring the winner in England's 1-0 victory over Croatia.

On the Wembley crowd booing, he added: "I feel the fans have an expectation of us with the players we have in the squad and that is rightly so.

"But as you can see from different games in the tournament, not just in our group but other groups as well, it is tricky in international football. It is not as easy as people think."

Despite the disappointment from Friday night, England will top Group D with a win over the Czech Republic on Tuesday.

Winning the group will guarantee a last-16 tie at Wembley, though it will be against one of France, Germany or Portugal.

Finishing second would offer an easier game on paper, though in Copenhagen, and Sterling says home advantage could be crucial.

"There is always an advantage being on home soil, that's for sure," he said.

"We haven't spoken on that (the permutations of finishing second). The objective is to try and win the group and that's it."