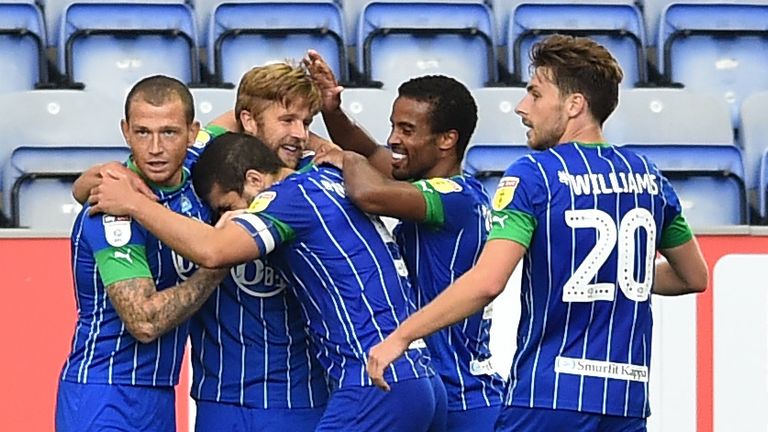 Wigan will be handed a 12-point penalty by the EFL after the club announced they had entered administration.

The timing of the Latics' points deduction is currently unclear, with the league saying it can only be decided once the final Championship table is determined.

If the club are relegated by on-field results, the sanction will be applied in League One next season.

However, if the club stay outside of the bottom three, the sanction will be applied to the 2019-20 table.

Wigan are currently 14th in the Championship and eight points clear of the relegation places. If the sanction were applied currently, they would drop to the bottom of the table.

In a statement, the EFL said: "The EFL is awaiting formal notification from the administrators and once the league has received this it will commence discussions with the relevant individuals with the aim of achieving a long-term future for the club."

Paul Stanley, Gerald Krasner and Dean Watson from Begbies Traynor have been appointed as joint administrators of the club.

Krasner said the coronavirus pandemic has had a detrimental impact on Wigan's finances, adding: "Our immediate objectives are to ensure the club completes all its fixtures this season and to urgently find interested parties to save Wigan Athletic FC and the jobs of the people who work for the club.

"Obviously the suspension of the Championship season due to Covid-19 has had a significant impact on the recent fortunes of the club.

"Wigan Athletic has been a focal point and source of pride for the town since 1932 and anyone who is interested in buying this historic sporting institution should contact the joint administrators directly."

However, speaking exclusively to Sky Sports News, joint administrator Paul Stanley added he was optimistic the club would be able to find a buyer.

He said: "There's been a change of ownership recently and from what we can see they have just decided they don't want to fund the club anymore.

"But it's a well-run club, they have an experienced board and a chairman that has been around for 10 years so we're fairly certain we can find a buyer and finish the football season."

The Latics were in the Premier League as recently as 2013, and won the FA Cup for the first time in their history in the same year.

The club were owned by JJB Sports co-founder Dave Whelan until November 2018, when he and his family sold to the Hong Kong-based International Entertainment Corporation (IEC). 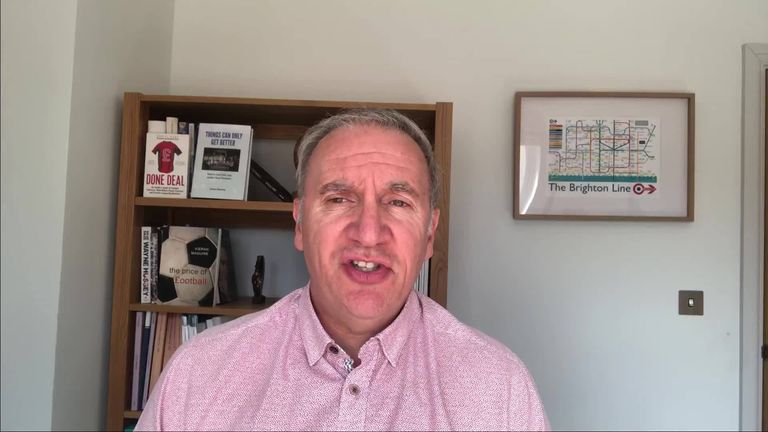 There was a further change of ownership on May 29 of this year, when IEC divested its ownership to Next Leader Fund.

IEC said in a letter to fans its decision came "after thorough assessment of several factors including the club's financial position, management team and objectives, particularly the promotion to the Premier League".

The letter added: "There are areas of misalignment in expectations which we feel may hinder our partnership going forward.

"Combining with the outbreak of the Covid-19 has created more uncertainty around the financial position of the EFL and the football business as a whole." 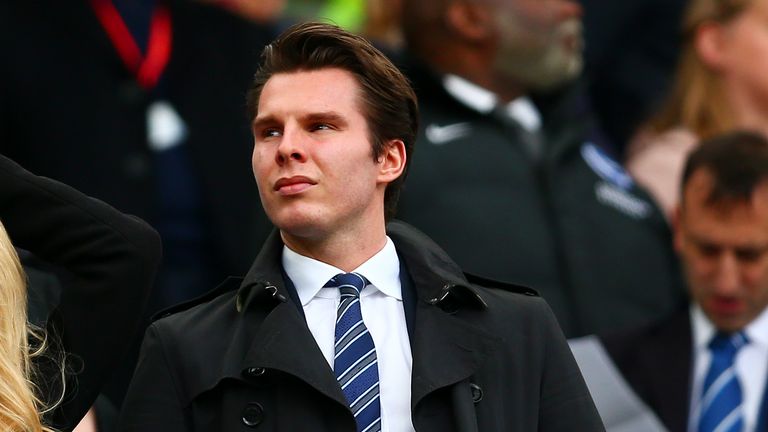 Former Wigan Athletic chairman David Sharpe has told Sky Sports News the timing of the club's administration is both 'utterly bizarre and heart-wrenching'.

"I don't know why they couldn't get until to the end of the season when the transfer window opens and then sell assets with players likely to move on anyway. I can't get my head around the timing and it's heart-wrenching."

Meanwhile, Sharpe's grandfather and former owner Dave Whelan has said he will look at whether he is able to help the club but cannot make any guarantees.

"And I have no idea about the depths of the club's financial problems and how much they owe.

"You can't blindly make commitments to bail a business out come what may. We sit on the fence and wait to see what details - if any - emerge."

Chair of the DCMS Committee Julian Knight MP has called for leadership to support Wigan.

In a statement, Knight highlighted comments made by the Premier League's chief executive Richard Masters that the EFL has not asked for extra funding and has urged that situation to change.

"It is extremely disappointing to hear Wigan Athletic has gone into administration and is looking for a buyer," Knight said.

"It would be tragic if a club that has been in existence for nearly 90 years is forced to the wall.

"We know that 10-15 clubs could find themselves in the same position. What's needed now is leadership from the very top of the pyramid to help save the Wigan side and the jobs of those who work for it.

"Yesterday the DCMS Committee sought clarification from Richard Masters at the Premier League on what action it was taking to provide extra money for clubs at risk - he told us that the EFL hadn't asked for extra funding and the PL hadn't provided it. That's a situation that has to change."

Lisa Nandy, the Labour MP for Wigan, also tweeted saying: "This is heartbreaking. The Latics have been at the heart of Wigan for almost 90 years. I am in touch with the club to support their efforts to find a buyer, safeguard jobs and secure the future of our club.

"I've just spoken to the sports minister (Nigel Huddleston) and his team to urge them to support efforts to find a buyer and to raise wider concerns about football finance and regulation. Grateful to him for the efforts his team have agreed to make."