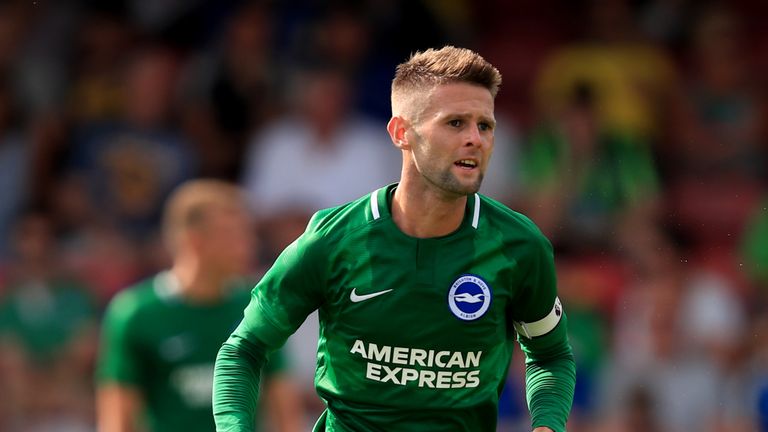 The 27-year-old will initially move to Bramall Lane on loan before a two-and-a-half-year permanent contract is made active in January, when the transfer window reopens.

It is understood Brighton accepted a £2m offer for the Northern Ireland international.

Norwood has won back-to-back promotions from the Sky Bet Championship with Brighton and Fulham, spending last season on loan with the latter, where he scored five goals in 41 appearances.

He told Sky Sports News: "The way the team plays really suits me, the way the manager works, the system he plays, the players he's got.

"There are some very good players here and I can't wait to get going now and I'm looking forward to working hard to get in the team and stay in the team."

Norwood also revealed that the terms of the deal left him momentarily confused.

"I had a right panic if I'm honest," he added. "I didn't realise it was loan to permanent which is basically a permanent agreement anyway for the EFL."

Brighton manager Chris Hughton said: "Ollie was one of our promotion-winning team in 2016/17 and will rightly be remembered as part of that historic team which took the club to the Premier League.

"He is keen to play regular senior football and this move to Sheffield United provides him that opportunity. On behalf of everyone at the club I'd like to thank Ollie for his efforts and wish him all the very best for the future."

Hull City had a number of bids for Norwood rejected earlier this summer and he will now move to their Championship rivals, who they face in the Capital One Cup on Tuesday.

Sheffield United lost their first two Championship games this season but picked up their first win at Queen Park Rangers on Saturday, lifting them to 12th in the table.