West Ham have completed the signing of Eintracht Frankfurt striker Sebastien Haller on a five-year deal for a club-record fee.

Sky Sports News understands Haller, who has an option for a further 12 months in his deal, has cost the Hammers £45m.

The Frenchman's arrival has seen West Ham break their transfer record for the third time in a year following the signings of Issa Diop and Felipe Anderson.

"I feel really great," he told the club's website. "I think it's a really good opportunity for me to be here. 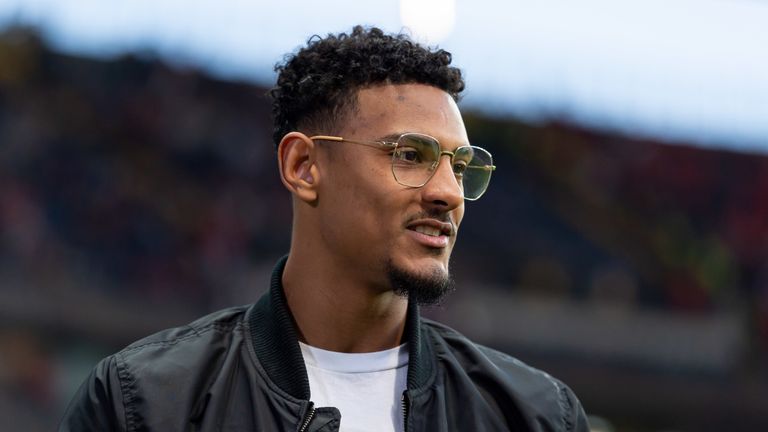 "It means a lot (to be the record signing). It proves that the club [has] really wanted me for a long time. I felt this desire to sign me and I'm really happy to sign, also. it is an ambitious club, a nice club, a nice city and nice fans too.

"For me, I can guarantee that I will give 100% for the club because the club has given me this confidence and I will try to give it back every day in every game.

"I will always give 100 per cent and respect the club. I think this is a normal thing and that I can guarantee. I know it's a big transfer and there is a lot of expectation around me, and I just want to make people proud of this transfer and I will give everything I have."

The 25-year-old had an impressive season in Germany - scoring 15 goals in the Bundesliga and five in the Europa League - as Frankfurt made it to the semi-finals, where they lost to eventual champions Chelsea.

Haller originally joined the German club from Utrecht for £6m after breaking through the youth ranks at French club Auxerre.

There's also the Transfer Talk Podcast, the daily UK, Regional and European Paper Talk, plus features across skysports.com and the Sky Sports app