West Ham only received the results shortly before the start of their Carabao Cup third-round match against Hull on Tuesday evening, for which Diop and Cullen had both initially been named in the starting line-up.

"The club's medical team were informed of the test results as the team were at London Stadium preparing for this evening's Carabao Cup third-round tie against Hull City. The manager and both players immediately left the stadium and have returned home.

"All three, who are asymptomatic, will now follow Public Health England and Premier League guidelines and protocols.

"Everyone at West Ham United send their best wishes to David, Issa and Josh.

Moyes' assistant Alan Irvine took charge of the match, which West Ham went on to win 5-1 as Sebastien Haller and Andriy Yarmolenko both scored twice, with Robert Snodgrass also on target.

Irvine said: "At 6:20pm we suddenly got some information from our doctor and head physio to say there were three positive tests, the manager and the two players. 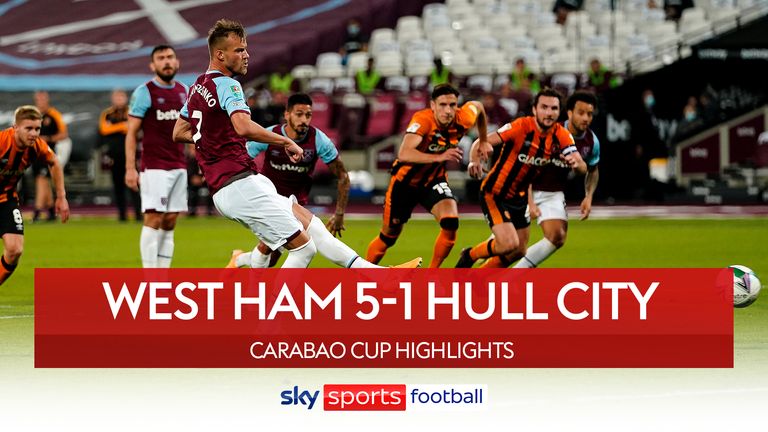 "We'd had contact insofar as we were in the same area of the stadium as David. We'd been at the stadium for about two hours before the match started.

"We were shocked by the news, we've had so many tests and not had any positive. But we've been very particular about protocol right from the start, the medical team are very aware of what has been happening and we've followed all the protocol, and we'll be following protocol now."

West Ham went on to say that they offered to test the Hull team ahead of the fixture, but City did not accept.

It is understood West Ham's and Hull's medical departments agreed the match could go ahead, despite the positive tests, within the protocols and in consultation with the EFL's medical department, and given the evidence that suggests there is very low risk of transmission during a match outdoors.

However, the news came on the same day that nearby Leyton Orient had their game against Tottenham called off due to a number of positive tests, and while Prime Minister Boris Johnson was outlining new coronavirus restrictions including no prospect of fans returning to matches any time soon.

Nevertheless, Hull said: "We are satisfied that West Ham followed all guidelines and protocols upon receiving the positive results and, after consulting with the EFL, were comfortable with the game going ahead.

"The club will continue to stringently monitor the well being of our players and staff as per Public Health England and EFL guidelines - as we have done since they were put in place - and we wish the West Ham manager and players the very best."

City boss Grant McCann added: "We found out just before the team sheets were going to go in, probably an hour before the game.

"We did not come into contact with Moyes or the others. We are happy we followed the EFL protocols and West Ham were adamant on that so we were comfortable to play the game.

"The players knew before the game. The players are not silly. They all knew about it. Once we got here we had to follow the guidelines."

According to protocols Moyes, Diop and Cullen will have to isolate for 10 days, meaning they will miss Sunday's match at home to Wolves and the Carabao Cup fourth round.

Arsenal returned all negative tests on Tuesday after their players were tested as normal on Monday following Saturday's match against West Ham. They are expected to continue as planned as all protocols were followed.