With the Sky Bet Championship set to return on June 20, how high or low could your club finish in the league this season?

The results reveal it's all to play for in the race for promotion and the battle for survival...

Leeds appear to have dodged another capitulation with a 98 per cent chance of achieving automatic promotion as winners (71 per cent) or runners-up (27 per cent), with West Brom handed a 90-per-cent chance of a top-two finish.

The model suggests Fulham and Brentford have an outside chance of making the top two (both around five per cent) but are runaway favourites to finish among the play-off places (both 90 per cent).

Those predictions suggest Millwall will leapfrog Bristol City and Preston for the final play-off place.

On paper, every club from 16th-placed Birmingham upward could still be crowned champions, and all teams below third-place Fulham could suffer relegation. Meanwhile, the play-off places are still open to all 24 clubs.

Probabilities suggest Luton are most likely to face the drop (92 per cent), followed by Barnsley (85 per cent), Charlton (60 per cent), Hull (24 per cent), Wigan, Middlesbrough (both 11 per cent) and Huddersfield (eight per cent). 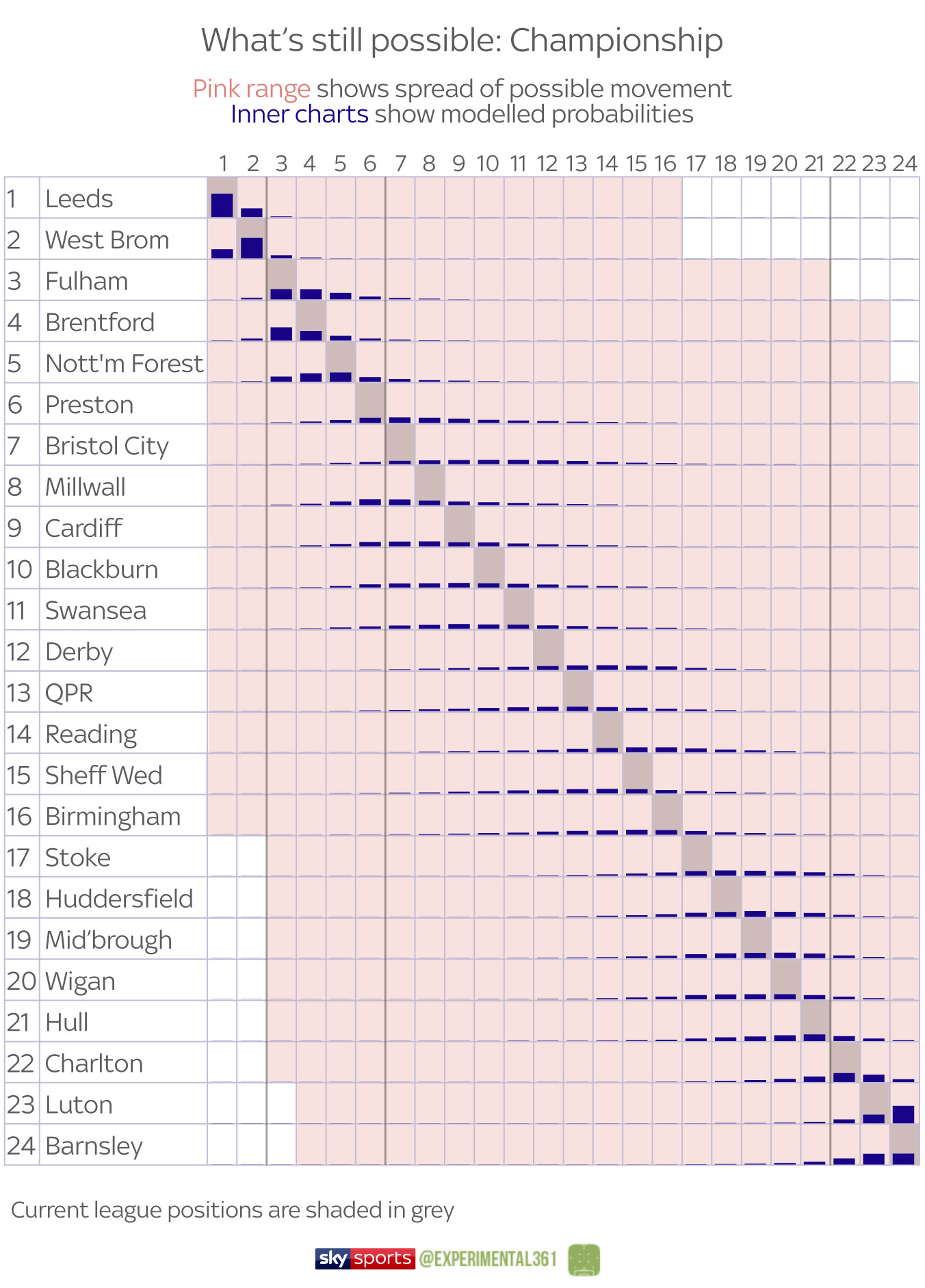