In an exclusive interview with Sky Sports, Huddersfield's Fraizer Campbell discusses 'analytical' head coach Carlos Corberan, improving his fortunes in front of goal and what it takes to be promoted from the Championship.

For a multitude of reasons, it is safe to say Fraizer Campbell's first season at hometown club Huddersfield did not, initially, follow the expected plan.

There were seven defeats in the opening eight games, two managerial departures - following the sackings of Jan Siewert and Danny Cowley - a three-month lay-off due to the coronavirus pandemic and a battle against the drop that went right down to the wire.

The threat of a second successive relegation hovered until the penultimate round of fixtures of the elongated campaign, not least as automatic promotion favourites West Brom were the last to visit the John Smith's Stadium.

"You could just sense the relief," the 33-year-old told Sky Sports, recalling the evening the Terriers ran out shock 2-1 winners, thanks to goals from Chris Willock and Emile Smith Rowe either side of a Dara O'Shea equaliser.

"It had been a roller coaster of emotions throughout the season and it wasn't the end we were hoping for at the start but if you get yourself into a situation, you've got to fight out of it. You could sense a real team spirit and it was a good way to end, albeit not the way we wanted."

The natural expectation of achieving an automatic return following relegation from the Premier League in 2018/19 weighed heavy upon the shoulders of both players and staff alike; in May, Cowley himself admitted the task had been "tough, but challenging."

The club hierarchy wasted no time in addressing their concerns and terminated the contracts of Danny and his brother Nicky on July 19, in order to move in a new direction.

Carlos Corberan, 37, arrived four days later with the blessing of Marcelo Bielsa, whom he had worked under as first-team coach at Leeds, and immediately set about putting a similar regime in place less than 20 miles south of Elland Road.

Campbell - who previously referred to Corberan as "Marcelo Bielsa, plus more" - has been impressed by the learning curve that has followed the Spaniard's appointment.

"He's very into all his stats and analysing what you've done well or not so well in a game. A lot of managers are like that but he goes down to the fact your body weight was maybe up on Wednesday last week - why was that? What were you doing that day? He goes into a lot of depth, which keeps everyone on their toes. We've got a lot of young lads who are starting their careers, so it's not a bad thing for them to keep an eye on every aspect of their bodies.

"It's that level of detail that we're receiving from him on a daily basis that we can hopefully take from the weekdays onto the Saturdays. Everyone is making better passes, has better pass completion, is making better runs. Everyone seems to be on board and behind his thoughts; you've got to be fully behind any manager for it to work."

Opening defeats to Norwich and Brentford gave traction to the idea that, without a full pre-season to learn the principles, the brand new philosophy at the club might falter. Yet ahead of Tuesday's visit of Derby, Huddersfield have collected seven points from their last three games - a feat that took them 11 outings last term.

On a personal note, three goals in 34 in all competitions set the bar for Campbell's lowest return in six Championship seasons to date, but, having collected the Sky Bet Championship Goal of the Month award for September, he is optimistic that improved fortunes for himself in front of goal can help aid achieve a more realistic league position.

He added: "Three was well below par last season but it was a strange season for me personally. I didn't start my season until three or four games in and then I felt like I was playing catch-up for the rest of the year.

"I wasn't anywhere near my best last season but ahead of this season, I thought that if I started well, that usually bodes well for the rest of the season. I definitely want to be more of a force in front of goal for the team but, as well as that, I want to help the team more and help the team win more games of football. I'm 33 but I'm still learning and, like anything, in football there's always a challenge to be had."

While Campbell refused to be drawn on whether the current Huddersfield crop has what it takes to challenge at the top end of the Championship, having won the division during a loan spell with Cardiff in 2012/13 and assisted Dean Windass' winner for Hull in the 2008/09 play-off final, he suggests the key is putting a good run of results together and letting the mindset that generates do the rest. 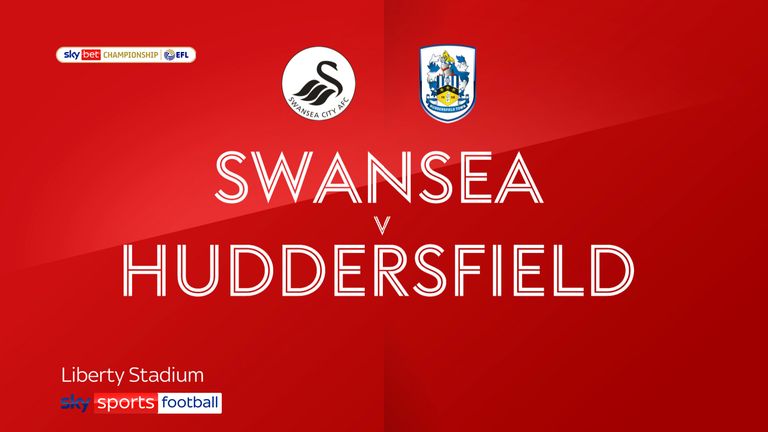 Highlights of the Sky Bet Championship match between Swansea and Huddersfield

"We have a new manager, a lot of new players - not only new to the club but some are playing in this league for the first time - and a lot of young lads are making their professional debuts, so there's a lot of things added into the pot. We've had a good start but that means nothing if you don't continue it on.

"You get that feeling when you get a run together, when you are playing well week in, week out. People might be saying that it's going to come to an end, but then you just find a way to win games or get points when you shouldn't get points. You start to get into a mindset of going into games thinking: "We're going to win this game today."

"Hopefully we can get into that mindset. I don't think we are quite there yet as it's a new team. We've got seven games in the next three-and-a-half weeks, so you'd like to think that if we start winning more of them, you start to get that belief and momentum."