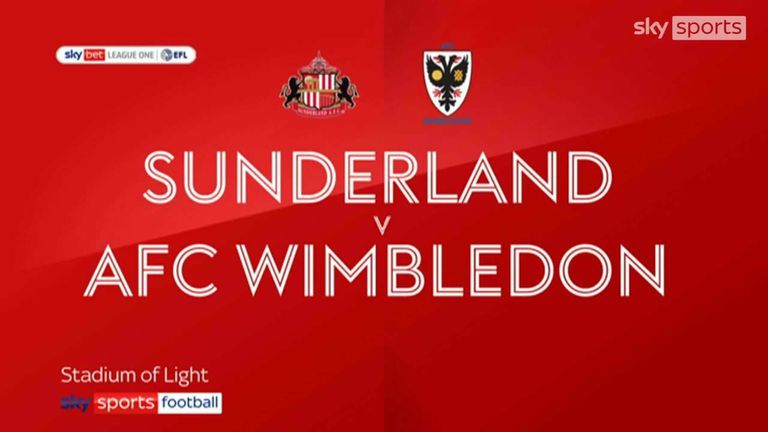 Highlights of the League One match between Sunderland and AFC Wimbledon.

Sunderland bounced back from their midweek defeat at Burton as Carl Winchester's second-half strike secured a 1-0 win over AFC Wimbledon in League One.

Winchester struck in the 64th minute to secure the hosts a fourth win in five games in all competitions this season.

Lee Johnson handed a first start to summer signing Alex Pritchard, but it was midway through the first half before the Black Cats seriously threatened Nik Tzanev.

Lynden Gooch cut in from the right but his low shot was straight at the AFC Wimbledon goalkeeper, who made a routine save.

Dan Neil failed to find the target as he met Gooch's cross at the back post shortly before half-time, while the Dons' best first-half moment came to nothing when Ethan Chislett curled a low shot wide of the target.

Sunderland went close at the start of the second half, but Tzanev clawed away Ross Stewart's low shot.

Tzanev also saved from Elliot Embleton after the break, but the New Zealander was powerless to prevent Winchester breaking the deadlock.

Picking up a loose ball midway inside the Wimbledon half, the full-back tried his luck from 30 yards, and after taking a hefty deflection as it passed through a host of bodies, the ball nestled in the bottom corner.