The trophy probably should have been split eight ways.

That is how many Sunderland players were involved in Jack Clarke's September Sky Bet Championship Goal of the Month winner. Eighteen seconds from back to front. Twelve touches taken in total.

It was a thing of real footballing beauty, rightfully acknowledged by the photo of Clarke picking up the award, as he posed with the rest of his performing cast. 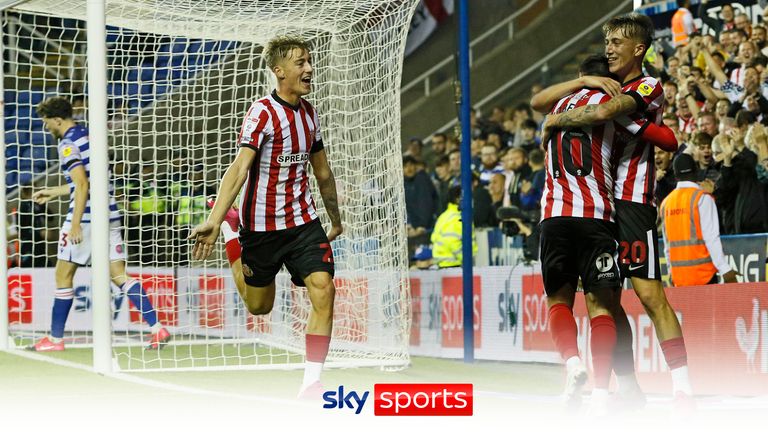 "It was a nice goal," Clarke - still just 21 - tells Sky Sports. "We were all quite proud of it within the team and we wanted to get everybody involved because with a goal like that it's not just about who put the ball in the back of the net. Everybody played their part."

The strike came in mid-September in a 3-0 win at Reading. A victory that, at the time, lifted Sunderland into the top six in the Championship after nine games. Things have not gone quite so smoothly since, with just one win in their last seven.

Expectation will always be massive at the club, but Clarke knows it is worth taking a step back and remembering they are a newly-promoted side, who were forced into a managerial change in August and are currently playing without a recognised striker.

With all that in mind, Clarke is happy with how things have progressed. Even if he has occasionally had to play out of position up front in the absence of Ross Stewart and Ellis Simms, far from his natural role as a creative winger.

"It's nice to be back playing in the Championship," he says. "I've started quite well and we've also started quite well after coming up from League One. I want to score and assist in every game, obviously that's not going to happen, but I always try and contribute to the team, and when we win that makes it a little bit better.

"I think for any team, when you're missing a main focal point in the team it can be more difficult for us creative players when you don't have a natural goalscorer who is going to get in there on the end of the chances you create. It's been hard and we've had to adapt and I think we've done alright, but it will be nice to get them back into the fold."

Clarke is also enjoying life being a permanent member of the squad, having joined initially on loan from Tottenham halfway through last season before completing a switch in the summer.

Being settled has clearly done his own form good, with four goals and five assists in 16 Championship appearances this season.

"Whether you're on loan or permanent you've got to look at it the same way and there's nothing that changes that in your mind," he says. "But it is nice having that homely feel about coming into the same place every day knowing you're here permanently, seeing the same faces every day.

"It's always nice to be wanted and to be feeling loved by a team, getting a run of games in the same environment and with the same players training with you every day. It can only make you a better player and obviously if you're feeling good off the pitch it will help you feel good on the pitch as well."

It is worth remembering Clarke is still just 21. It has been four years since he broke though at Leeds, with a string of performances as a teenager in 2018/19 that helped him earn a move to Tottenham.

On the face of it, it is clear his time at Tottenham did not work out how he would have hoped. He made just four appearances for the club in his three years there, and did not play once in the Premier League.

Loan spells back at Leeds, then at QPR and Stoke did not really work out, before he found a home again at Sunderland.

He insists, however, that he would not have changed a thing about his journey so far.

"Obviously it didn't pan out the way I or Tottenham had envisioned, or how the people around me envisioned it," says Clarke. "It probably looks unsuccessful from an outside perspective, but on a personal note I didn't consider it unsuccessful.

"I felt I developed a lot as a player under good managers, and with good players around me. It was good for my personal growth and development.

"I think just seeing those players every day [like Harry Kane and Heung-Min Son] and being in amongst them is only going to make you a better player. You're always just watching and seeing what they do, how they live their lives and whatever else.

"You can only learn from those types of players. And in my time there that's what helped me develop, because obviously I didn't get to play as many games there as I wanted to.

"I feel like I'm in a good place now. I feel good on and off the pitch. I wouldn't change anything about what I've done so far because I feel it's moulded me and taken me to where I am now.

"I don't think I could have applied myself any better than what I did while I was there, I just feel that maybe the timing was a bit off and certain aspects of it weren't quite right with the move. But I wouldn't change it now." 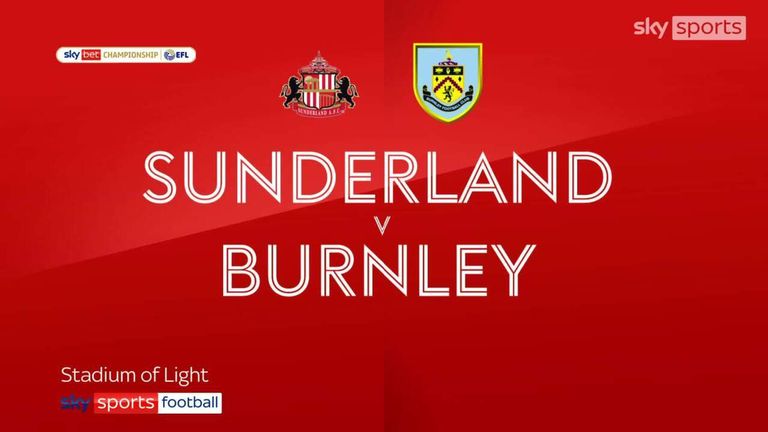 Highlights from the Sky Bet Championship match between Sunderland and Burnley

Now Clarke is fully focused on Sunderland and their aims in the Championship. Whether or not that is reaching the top six under Tony Mowbray, or just consolidating in the league this season.

"We've got to be optimistic," he says. "We're not going to try and not get into the play-offs obviously, but we have just come up from League One and we're not the finished article yet. We're not going to win every single game - however much the fans think we can! - and we just want to try and win as many games as possible and see what happens.

"I feel with the gaffer now he likes players who want to get on the ball. He's a forward-thinking manager who likes to play on the front foot. For a player like me it's the perfect fit really.

"Personally I also think just playing week in, week out just helps with your confidence and your rhythm. The more you play the more comfortable you feel. There are little bits and bobs I need to improve upon. I need to add more goals and assists to my game."

Clarke is back playing again like the promise of his early career, and with that he hopes once more of achieving his dream of playing in the top flight, having never quite got there with Spurs.

"Obviously like everyone I want to play in the Premier League," he says. "I'm not going to say I don't. I hope it's with Sunderland. I'm just taking it game by game, and we'll just have to wait and see."