Sky Sports News has learned Keogh's injury could end up costing the player and the club millions of pounds.

Derby manager Phillip Cocu says Richard Keogh feels responsible after an "alcohol-related incident" led to him being ruled out for the rest of the season.

Cocu has revealed how a rained-off game of footgolf escalated into a drinking session which has seen him lose a key player.

Plans on Tuesday had to be changed due to bad weather, so the squad went bowling instead, followed by a team meal.

Republic of Ireland defender Keogh was among those who continued drinking and Cocu admitted his captain is "extremely down" and "feels responsible" for the incident.

"The first idea was footgolf but the weather was really bad so we changed plans and went bowling," said Cocu.

"After that, there was a team dinner where the team sat together for some bonding. Most of the players left around 8pm and a small group stayed and continued at the bar.

"Due to an alcohol-related incident we've lost our captain for the rest of the season, so in the end it was bad news for the whole team. 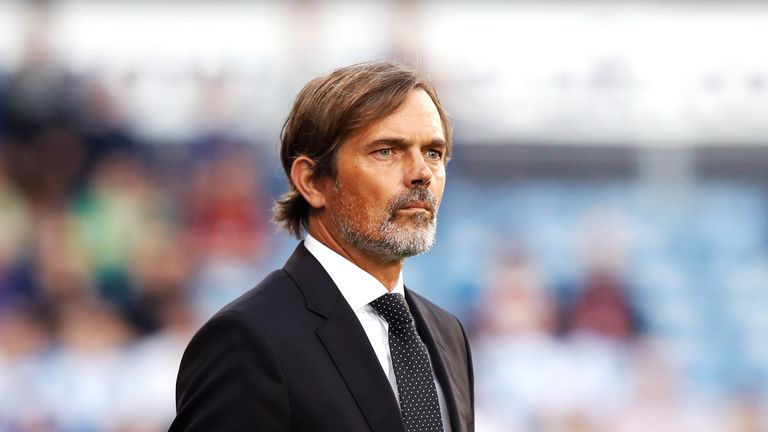 He's extremely down, of course, because he realises what's going on for him personally and of course as a responsible player, as captain, to not be part of the team any more does something to you.

"It's bad news and a bad situation for everybody at the club."

Asked whether 33-year-old Keogh's injury could even be career-threatening, the Dutchman simply reiterated it is "a very serious injury".

Cocu added: "I've spoken to him. He was here [at the training ground] for a short moment and I spoke briefly to him because there's a lot going on.

"He's extremely down, of course, because he realises what's going on for him personally and of course as a responsible player, as captain, to not be part of the team any more does something to you.

"I think he feels responsible, yeah.

"The more senior players always have to step up and take responsibility and it's now had a huge effect on him personally. It's a lot to deal with for him."

Cocu also confirmed that midfielder Tom Huddlestone will take over the captaincy for the rest of the season.

"He is an experienced player and one of our other senior players, along with Richard Keogh and Curtis Davies," Cocu told Rams TV.

"With Richard out for the rest of the season, Tom will be the captain."

Why the injury could cost player and club

A specialist sports lawyer has told Sky Sports News that all major football clubs take out insurance to help cover wage costs for players who may miss significant periods of time through injury.

But most insurance policies of this type have exemptions which would prevent a payout if, for example, the club decided to sack Keogh for misconduct.

Such a decision by Derby would automatically make most policies void, because by definition the reason for the injury was as a result of negligence.

There are also terms in such insurance contracts which dictate a player must take all responsible steps to remain fit and healthy. If, as has been suggested in Derby's statement, Keogh was drunk at the time and breached a club curfew, that also may nullify the insurance policy.

Similarly, many players take out personal insurance to cover lost earnings if their career is cut short because of injury. These policies payout in the event that a player is forced to retire early - Keogh is 33, and facing all of this season - and possibly longer - out of the game to recover.

Again, those policies are carefully worded to ensure a player has done everything in their power to stay fit and avoid injury. And so Keogh's personal cover may also be compromised.

Keogh still has 18 months left on his current Derby contract.