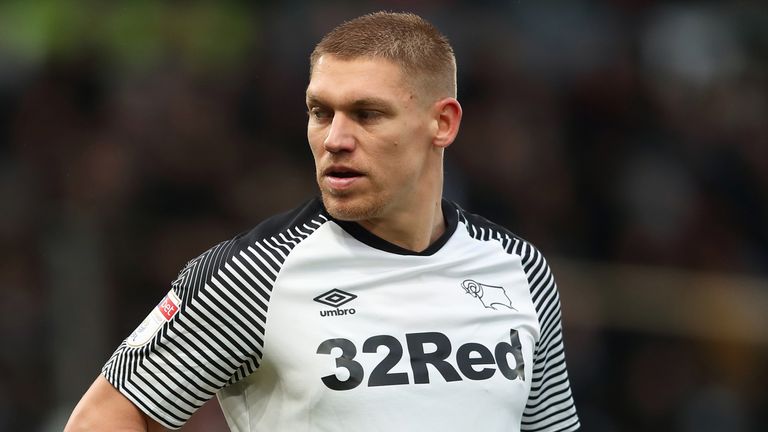 Martyn Waghorn says Derby's players spoke out against racism for the greater good of the game and has urged more to be done across the board.

It comes after former Rams player Craig Ramage was sacked by the BBC following "entirely unacceptable" comments made about the club's black players.

The ex-midfielder Ramage criticised the club's "young black lads" and claimed they needed "pulling down a peg or two" after the Rams drew 1-1 against Huddersfield on Saturday.

Derby left-back Max Lowe took to social media to speak out against the comments aimed at himself and team-mate Jayden Bogle which appeared on BBC Radio Derby's Sportscene Podcast.

"As team-mates we're supportive of how they handled the situation and what they wanted to put across," Martyn Waghorn told Sky Sports News.

"As a team we spoke about it in-depth because it has so much impact on everyone not only in sport but in general.

"It's not just a flippant comment that can just be swept to one side and hopefully it'll get dealt with in the right way.

"It's not just about our players and Derby County though, it's something that affects everyone involved in football and every walk of life.

"For me, more needs to be done across the board - whether it's racism, mental health, homophobia it all needs to be brought to the forefront.

"They get discussed and talked about and then [it] just gets left at that so we wanted to raise awareness as much as possible and bring the issue to light." 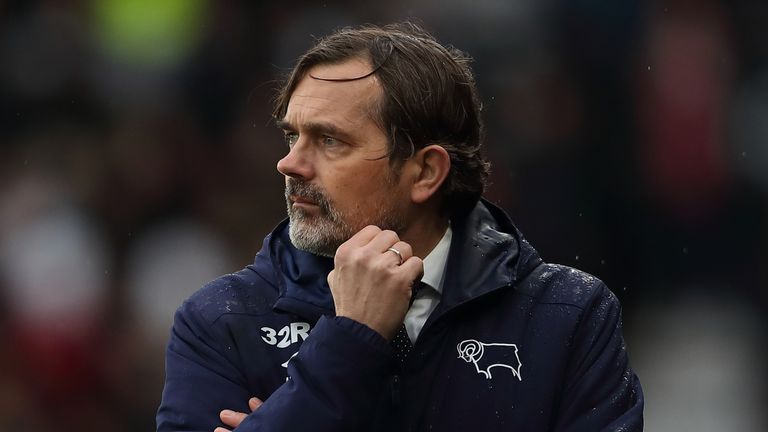 Derby boss Phillip Cocu echoed Waghorn's sentiments at the exemplary way both Lowe and Bogle handled the situation and claims that it made the group even stronger going forward.

"It's unacceptable for this to happen, not just for our players and club but in general," Phillip Cocu said.

"It's so unbelievable for there still to be an issue - the colour of your skin or race.

"You have to have respect for each person regardless of background or culture and we treat everyone with respect and when that doesn't happen it makes me very angry.

"I would rather not see it happen but we have talked about it and it unifies us even more as a team and a group of players."