Wolves confirm Nuno Espirito Santo will depart after four seasons at the helm following final Premier League match vs Man Utd on Sunday; Nuno signed new three-year deal in September 2020 but leaves by "mutual agreement"; Exit is not linked to other managerial vacancies

Wolves head coach Nuno Espirito Santo will leave the club after their final Premier League match of the season against Manchester United on Sunday.

Wolves confirmed the news via a club statement on Friday, stating the decision has been taken by "mutual agreement" despite the Portuguese signing a new three-year deal at the club in September 2020.

Nuno's departure is not linked to vacant managerial positions at other clubs and he will now take time to consider his next career move.

The 47-year-old leaves four years after originally taking charge of Wolves, having restored the side's Premier League status and leading them to a Europa League quarter-final in 2020.

After four seasons at the club, this Sunday will be Nuno Espirito Santo’s final game in charge of Wolves.

"Since the first day we arrived at Compton, our ambition was to make a positive change and push this football club forward, and I am proud to say that we did that every single day. We achieved our goals, we did it with passion and we did it together," he said in a statement.

"Firstly, I want to thank the supporters, who have all played such an important part in helping us reach new heights for Wolves, and the people of the city, who embraced us and made us feel at home.

"I, of course, want to thank all of the staff at Wolves, for their support and total commitment, every single day.

"Most importantly, I want to thank each-and-every player that we've worked with since the day we started, for their loyalty, their dedication, hard work and talent. They are the ones who have made this amazing journey possible for us. 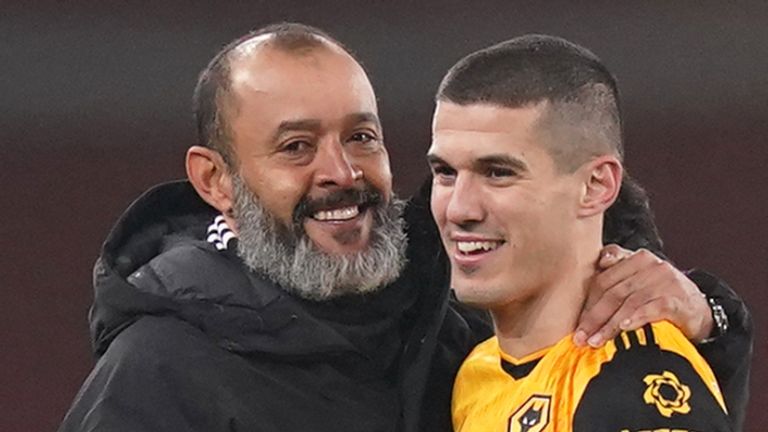 "Sunday will be a very emotional day, but I am so happy that the fans will be back in Molineux and we can share one last special moment together, as one pack."

Nuno signed a three-year deal on his arrival in the Midlands in May 2017, days after he was sacked by Porto at the end of a trophy-less season.

In his first season at Molineux, he won the Championship title with two games to spare leading the club back to the Premier League after a six-year absence, which earned him a contract extension until June 2021.

💬 “Sunday will be a very emotional day, but I am so happy that the fans will be back in Molineux and we can share one last special moment together, as one pack.”#ThankYouNuno pic.twitter.com/YYUbZtYsnC

He established Wolves as Premier League regulars in the following seasons, securing back-to-back seventh-placed finishes which earned the club a spot in the Europa League, their first European qualification in 39 years.

After three qualifying rounds which included victory over Serie A side Torino, Wolves came second in a group including Braga, Besiktas and Slovan Bratislava. 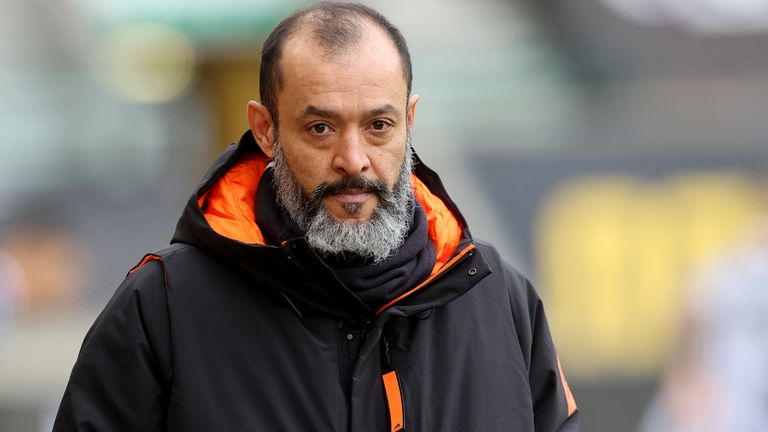 Their European path was interrupted by a late 1-0 defeat to eventual winners Sevilla at the quarter-final stage.

Wolves executive chairman Jeff Shi praised Nuno's influence at the club and says the return of fans at Molineux on Sunday will provide the manager a fitting farewell as he seeks a new challenge.

"Nuno has brought us some incredibly special moments at Wolves that will never be forgotten, but every chapter comes to an end," Shi said.

"His loyalty and dedication over the last four years has been immeasurable, and we cannot thank him enough for the progress he has made for Wolves.

"Sunday was already going to be a very special day, welcoming our supporters back for the first time in more than a year; but it will also now be a fitting goodbye for someone who will forever remain an important part of Wolves history."

Tottenham have distanced themselves from the Portuguese boss for their own managerial vacancy, with the Molineux departure believed to not be linked to any role another club.