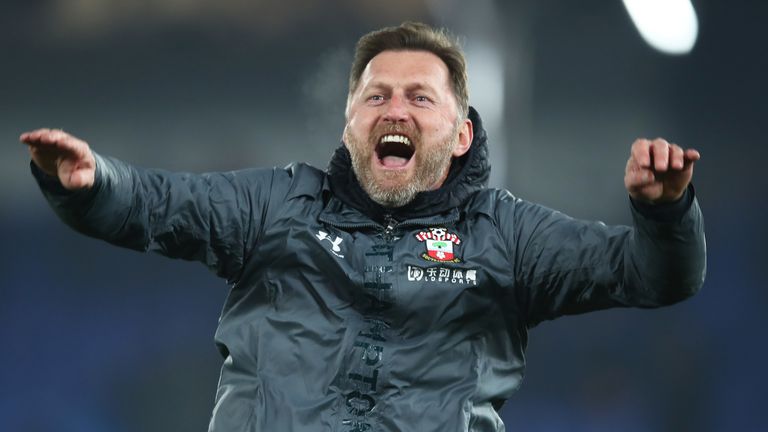 Southampton manager Ralph Hasenhuttl has signed a new four-year contract to keep him at the club until 2024.

The 52-year-old has been in charge of Saints for 16 months after succeeding Mark Hughes at St Mary's in December 2018.

Hasenhuttl has established himself as a popular figure on the south coast and impressively steered the ship back on course after October's record-breaking 9-0 home loss to Leicester.

"For me, this is an important step in the journey. My players, our staff, and of course the supporters must understand my commitment to this club and to what we are trying to build together.

"We value the same philosophies, and this is a big part of why I want to stay here, and I hope we can share in some very successful moments moving forward."

Saints chief executive Martin Semmens added: "There has never been any question in my mind that Ralph is the right man to lead our club, and I look forward to working in partnership with him over the next four years.

"I know there is no one who will work harder to bring success back for our fans."

Southampton sit in 14th place ahead of the Premier League's resumption later this month.

Hasenhuttl's side have a seven-point cushion above the relegation zone with nine matches remaining.

The 52-year-old, who previously managed Bundesliga side RB Leipzig, has backed youth during his time at Southampton, giving opportunities to the likes of Michael Obafemi and Yan Valery.

Southampton legend Matt Le Tissier told The Football Show Hasenhuttl had devised a revolutionary plan for the Saints during lockdown, bringing in all levels of their academy up to the first team together in a shared ethos, which underlined his commitment to staying at St Mary's for the long haul.

He said: "They've done a lot of work during lockdown on how to take the club forward. It was a bit disorganised when Ralph came in, his organisational skills and leadership have really impressed the board.

"They stuck by him despite the result against Leicester, and have reaped the rewards of that with a fantastic run across December and January. He sat down in lockdown and has done a complete plan about how the club should go forward, with a view to every age group from U9s upwards, to have a style of play which will go through the whole club. Not just a style, the way they eat, the way they train, and they've done a heck of a lot of work on it. 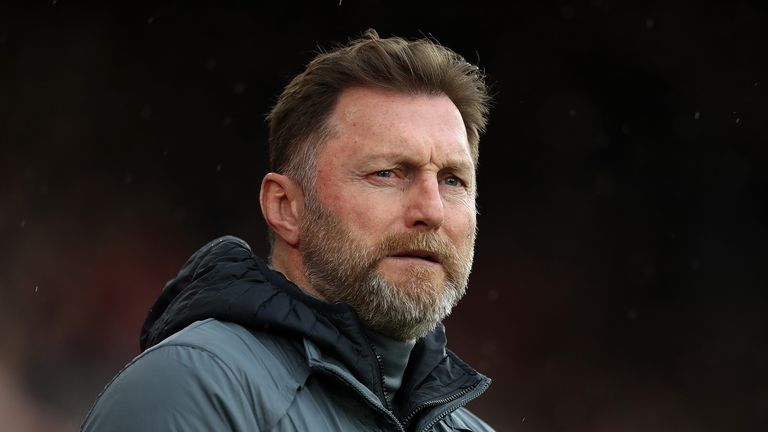 "From what I hear, Ralph is loving every second of being Southampton manager and wants to stay there for a long time.

"I think he's had a huge amount of mental strength to turn things around, it would have been easy to go away from that result [against Leicester] and go to the board and say I'm not good enough for this. But he knuckled down and showed a tremendous amount of belief in his players and in himself, and I think you saw the rewards of that."

Hasenhuttl: Fergie text lifted me after 9-0 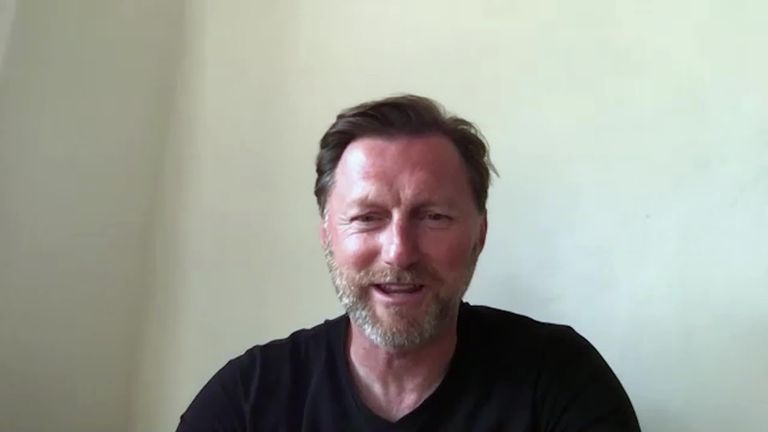 In April, Hasenhuttl revealed on The Football Show that a supportive text message from Sir Alex Ferguson after Southampton's 9-0 defeat to Leicester helped inspire him to turn things around.

Despite calls for Hasenhuttl to be sacked, the Southampton hierarchy stood by their man and he rewarded that faith by going on a sensational run of form that started in November.

That sequence of results, which saw them beat Chelsea and Tottenham along the way, culminated in a 2-1 win at Leicester, which helped banished the memory of the painful St Mary's defeat and moved the club into mid-table.

In an interview with Saints legend Matt Le Tissier and Patrick Davison, Hasenhuttl said: "I received an SMS from Alex Ferguson [after the 9-0] - I didn't know him. If I had never lost 9-0 I would have never had contact with him. That was the positive thing from the result. It really helped me. It gave me a lift as I was down and was looking for something to hold onto.

"I will have to live with this result my whole life. But when we won 2-1 in the rematch, the story is a good one. It's helped me become a more experienced manager."