Roy Hodgson says he is ready to sign a new contract at Crystal Palace as he believes in the club’s "good intentions" in the transfer market.

The former England boss has one year remaining on his current deal at Selhurst Park with chairman Steve Parish confirming there is already an offer on the table.

Ahead of Palace's game against Newcastle, Hodgson said he was 'pretty certain' it would be signed shortly with the 72-year-old also insisting he would not be making any transfer demands alongside the negotiations.

"The club have presented me with a contract and although the chairman has been away this week I've had a cursory glance through it," Hodgson said.

"It all looks fine to me so I am pretty certain that at some point soon we'll sit down and get it signed. 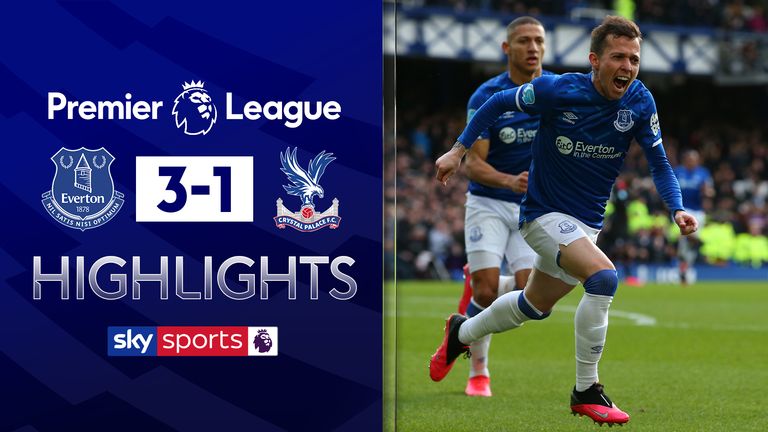 FREE TO WATCH: Highlights from Everton's 3-1 win over Crystal Palace in the Premier League.

"If I am going to stay it will be because I believe funds will be made available because we've had the intention to improve the squad and the team for a while now.

"We all realise you can't make improvements to the actual team without spending some money.

"But I would never make those type of demands because you can't make any guarantees in the transfer market.

"All you can do is have good intention and if I signed for another year I would sign because I believed the intentions are true and that something will happen going into the next season."

'We're all frustrated with transfer situation'

Palace's board have faced criticism from fans after only managing to sign Cenk Tosun on loan from Everton in January - despite the £50m sale of right-back Aaron Wan-Bissaka to Manchester United in the summer.

But Hodgson says everyone at the club are unified in their disappointment with deals for West Brom full-back Nathan Ferguson and Genoa striker Christian Kouame falling through last month due to injury.

"My satisfaction or dissatisfaction is shared by everybody - we've all wanted to do more than what we've done," Hodgson stressed.

"We've wanted to show the fans that we're moving forward bringing in new players and fresh blood into the club so once again we're back to the intentions and the intentions are good.

"It's never cut and dry in the transfer window but I'm pretty sure the experience we have got over the last five windows means we in shape to get it right in the next window."