Sean Dyche has vowed to play "a style that is awkward" for Tottenham as Jose Mourinho's men travel to Burnley live on Monday Night Football.

Spurs blew a 3-0 lead with less than 10 minutes of normal time remaining in their last Premier League match as West Ham scored three late goals to secure a point at the Tottenham Hotspur Stadium.

Dyche wants to take advantage of those fragilities through Burnley's style of play but his side have had their own tricky start to the season, finding themselves winless after four games and scoring just three goals.

However, the Clarets - who finished 10th last term - did pick up their first point of the campaign last time out and now Dyche wants them to secure their first victory to restore Turf Moor into the fortress it has become in recent seasons.

"We will look to play effectively and a style that is awkward and hard to get grip of," Dyche said ahead of the game against Spurs, live on Sky Sports Premier League. "They are in good form and have top players.

"We have got things from the games against them before. They have one of the top players in the country in Harry Kane. It is not about individuals but he is a top, top player.

"[Jose Mourinho] is in my mind a top manager. He is getting the team more how he likes it. They are maybe adapting to his thinking and the players adapting to the roles he wants. 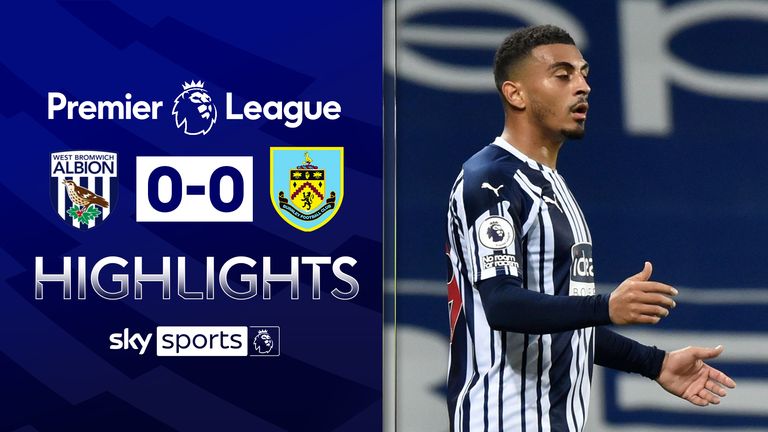 FREE TO WATCH: Highlights from West Brom's draw against Burnley

"And if you look at the squad they are top-class players so there is a chance they are going to do pretty well anyway so the manager's job is to maximise that."

Dyche says Burnley's poor start to the new Premier League campaign has given him no cause to stray from the blueprint that has served him well in almost eight years in charge after he replaced Eddie Howe in October 2012.

He also revealed that Erik Pieters is an early doubt for the clash against Spurs with a calf injury, Phil Bardsley is still out following his positive coronavirus test while Ben Mee is back in training but not yet ready to return to action.

Matt Lowton is in contention to return after an ankle injury while Jack Cork and Bailey Peacock-Farrell remain sidelined.

FREE TO WATCH: Highlights from West Brom's draw against Burnley

"Matt is making good progress so he will be considered," Dyche added. "Erik managed to get through the game but he has got a minor calf injury so he is a bit of a doubt. He is touch and go.

"We had a tough pre season with injuries that can't be underestimated but I do believe in the group and we have not been too far away.

"Leicester was a bit of a ding dong. Southampton was one that got away for me, it was a soft goal. West Brom we probably edged it and those are the margins.

"You're not always as far away as you think and we just have to get on the right side of those margins.

"It's not difficult to galvanise them because they're wise enough to know you can have bumps in your journey during the season. I'm aware it is a season's work and it always has been for us.

"The minimum requirement is around the 38 to 40 point mark and then we build on top of that, and we're not going to move too far away from that thinking because it's served us well."