Alex Tettey exclusive: The mental toll of a relegation battle with Norwich

Alex Tettey should be, in his words, immune to this by now. If Norwich are to fall, it will be a record fifth Premier League relegation for the Canaries, of which skipper Tettey would have been part of three.

But as Sky Sports speaks with the Norwegian, it's clear the pain is not easy to shift. Tettey is as frank as they come, and there is no sugar-coating Norwich's current plight.

Their 1-0 defeat by Brighton on Saturday leaves them seven points adrift with five games remaining. They need a miracle, and hope is dwindling.

"It's very difficult," he says. "I thought I was immune, because I've experienced exactly what we're going through before. I thought I'd think: 'Yeah, I've been there, done that, I know how it feels, I know how to cope with it…' but now it's the same.

"It gets to you because you care. You care about the club, the team-mates, and it gets to you. You can say: 'It's just football' but it's a struggle. I so want this club and my team-mates to be successful, that it's tough to take. To be around relegation battle it does something to you mate, it's not nice. It makes you stronger as a football player, being around this situation, how you cope with your emotions, but it's not easy."

Tettey is loved by Norwich fans; the 34-year-old has been a leader at Carrow Road since arriving in 2012, and has been one of few stand-out performers even during this difficult season.

He loves the club dearly, too. It may be why he regrettably takes the pain of defeat and the threat of relegation home with him. 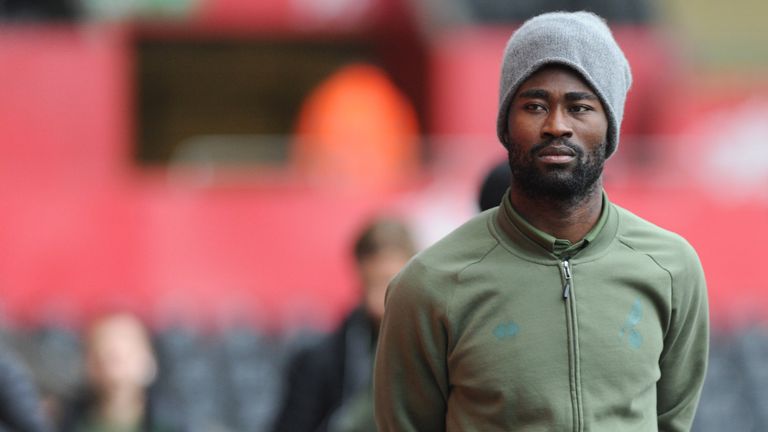 "For example, and I've had this a lot since I've been at Norwich, as a footballer player, playing massive games, which these games at the moment are in the relegation battle, it impacts you.

"The game was on Saturday. Still on Sunday and Monday I was thinking about it. Still I am thinking: 'I should have done better… why didn't I play my best game? Why didn't I do this differently?' and this goes on sometimes even until the day of the next game, where you totally leave it behind. It's a huge psychological part of this situation. It really gets you to be honest.

"But that's where you need to be mentally strong and cope with it. That's how a lot of teams get out of these situations, because they know how to mentally cope with it. After a loss, they put it away and go again. That's what the message has been, to try your hardest to put it away, because you need a frame of mind where you can push and go again and again and again. That's what we are trying to do here."

Tettey does not come across as a player looking for sympathy or even slack from critics. He is brutally honest about his own game, his team-mates' performances and his own feelings.

After all, how can players not be feeling hurt? The Premier League is the pinnacle of their careers, not just financially, and not everyone will want to up sticks and leave the club if relegated. Some may not return to the Premier League ever again.

Tettey, instead, asks for understanding.

"I think for a fan to realise this, you obviously need to talk to the players, be around the players to know this. It's not like the whole squad goes out and talks about their emotions, how they are feeling. The fans only see what they see at the football game.

"Before you get to a football match, there is a lot of things happening for footballers. They judge us on what they see in that 90 minutes. But I will tell you this to the Norwich supporters; everyone who is working at the club is far from being happy with ourselves for where we are as a team. We are all in this together, and we are all feeling that we can do more, we should be better.

"It's difficult for the fans, it's difficult for the players, it's the whole thing. It's not about pointing fingers at someone and saying: 'This is the problem.' We are all hurt. We don't want to be here, if it was up to us we'd be in the Premier League for our whole life.

"We've missed the fans. The Norwich fans give you that feeling when there is an important game coming. Now, yes we feel they are there and watching, but it's not the same as them being there. Having the fans makes the game, it can help you get the game going in your way, and can impact the other team with intimidation. I've been here eight years, and whenever the team comes out at Carrow Road, you know when it is a big game. We've missed this."

So what next for Norwich? There are 15 points up for grabs, starting at Watford on Tuesday, live on Sky Sports and Sky Pick at 6pm.

It would be the greatest of great escapes, following a season in which Daniel Farke's side have played a similar style to their Championship promotion season. Naive? Perhaps, but Norwich have an identity, and not just on the pitch.

They are in danger of becoming the Premier League's perennial yo-yo side - they have enjoyed five promotions but never stayed around for longer than three years - and for Tettey, though their ethos is admirable, everything eventually comes down to money.

"This club is built on getting players that are good, but not exceptionally good. You gel them together, and you have a good collective that works. Buying players and paying them a lot of money, to me Norwich is not about that, they've never done this. So for it to be like this is all about economy.

"I don't think it will come to that because Norwich is built on finding those talents, gelling a team together, working with young kids, helping them develop and pushing them onto bigger teams.

"To properly stay in the Premier League; you see West Ham, Watford, they all spend money. The size of the club is not a Man Utd or a Liverpool, but they are always spending huge amount of money."